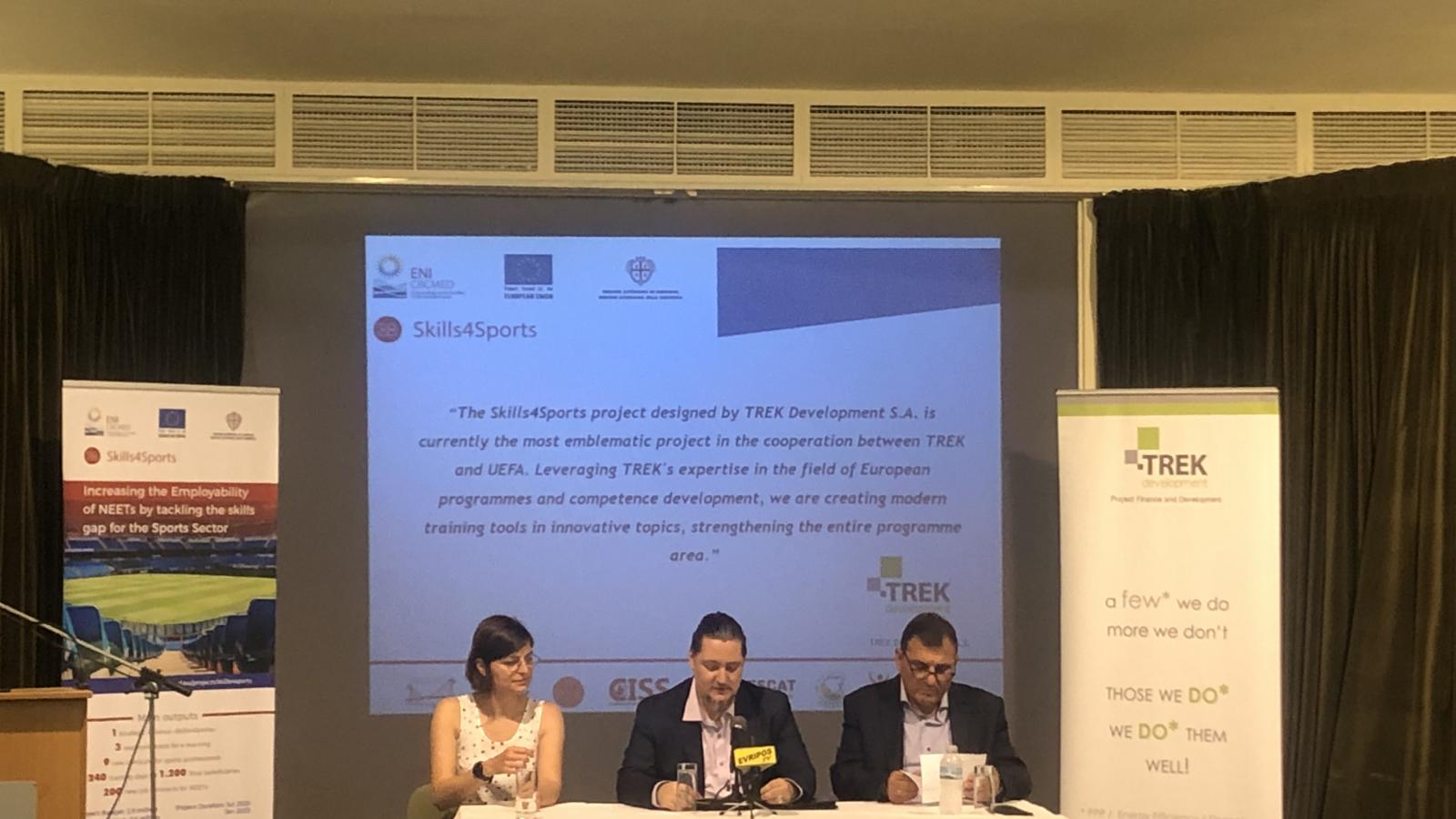 On Wednesday, June 8th, a press conference was held at the Lucy Hotel, in Evia, Greece, in the framework of the Skills4Sports project, which was organized by Trek Development S.A., one of the Greek partner of Skills4Sports, and the keynote speaker was Ms Teodora Pletosu, Union of European Football Associations (UEFA) Expert on EU Affairs and Public Works.

The press conference was moderated by Mr. Hector Tsatsoulis, Senior project manager at Trek Development S.A. and technical coordinator of the project, while the conference was closed by Mr. Vangelis Koukouzas, Vice-Regional Governor of Entrepreneurship and Extroversion of Central Greece and President of Anaptixiki Evia S.A., which is the main beneficiary of the project. The partnership includes organisations from Lebanon, Malta, Palestine, Italy and Spain.

Mr.Tsatsoulis gave an overview of the progress of the project, which is in the process of finalizing the curricula developed by all partners, on the basis of which training courses will be held for unemployed young people who are not studying or attending a training programme (NEETs). The training programme, which will start to be offered in two six-month semesters from the end of August onwards, aims to develop the skills of the participants that will significantly increase their chances of finding employment in sectors of the sports industry in which there is an increasing need for technical managers, digital marketing specialists, coaches, paramedics, administrators, event organisers and other specialists. The programme will be offered free of charge, both in person and online and the project materials will be available in all project languages.

Ms. Pletosu, a representative of UEFA, an associate organisation of Skills4Sports, spoke about UEFA's values such as combating social exclusion, promoting equality, inclusion, social development and the importance of supporting young people through education and skills development. Skills4Sports is an important project that reflects these UEFA values. Ms. Pletosu stressed the importance of sustainability of the programmes and cooperation at regional level and referred to European funding sources and UEFA's assistance to its affiliated members in understanding the mechanism for accessing these funds. 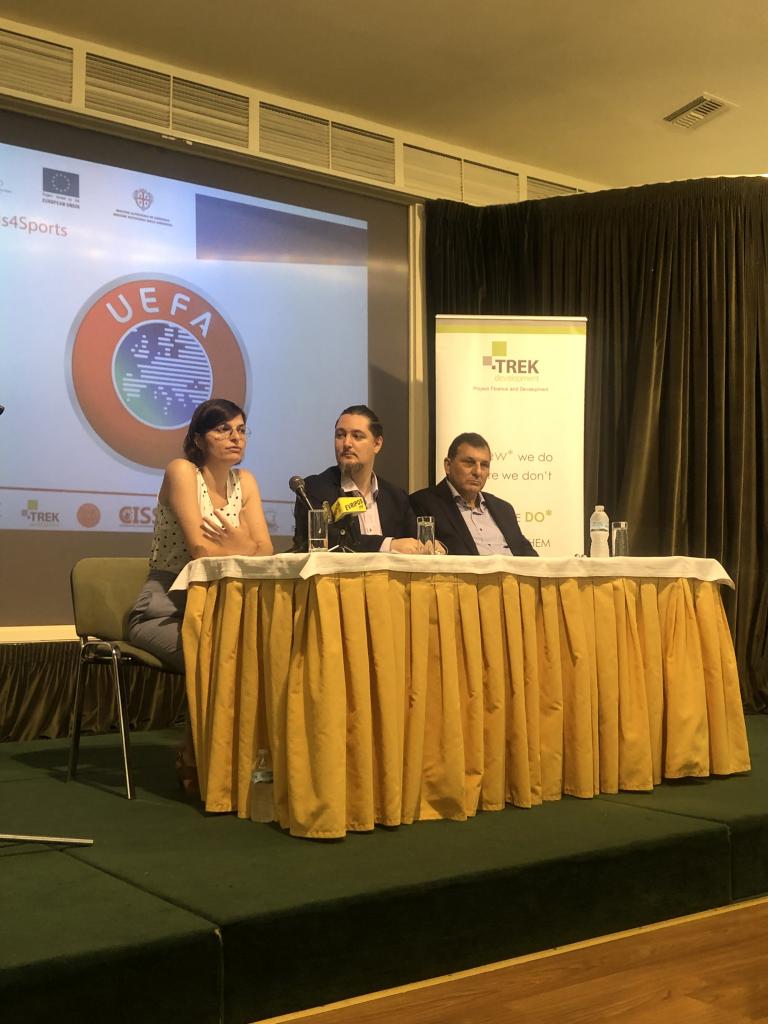 Mr. Vangelis Koukouzas spoke about the high rates of youth unemployment in the Mediterranean region and the contribution of Skills4Sports in bridging the gap between the skills of young people and the needs of the sports industry through the innovative curricula of the project which includes 240 days of training for the beneficiaries as well as 3 online tools open to all. He expressed the commitment of the Development Agency of Evia S.A. to the principles and implementation of the project and closed his speech with a very important commitment. Given that municipalities organise a number of events, which require administrative skills similar to those included in the Skills4Sports curricula, Mr Koukouzas committed to exploring the possibility of incorporating the attendance certification given by Skills4Sports as an additional qualification necessary for access to these positions. This is a step that, if achieved, will contribute decisively to strengthening the Skills4Sports Strategic Alliance that is being developed.