The Mediterranean: a Soul of Salt 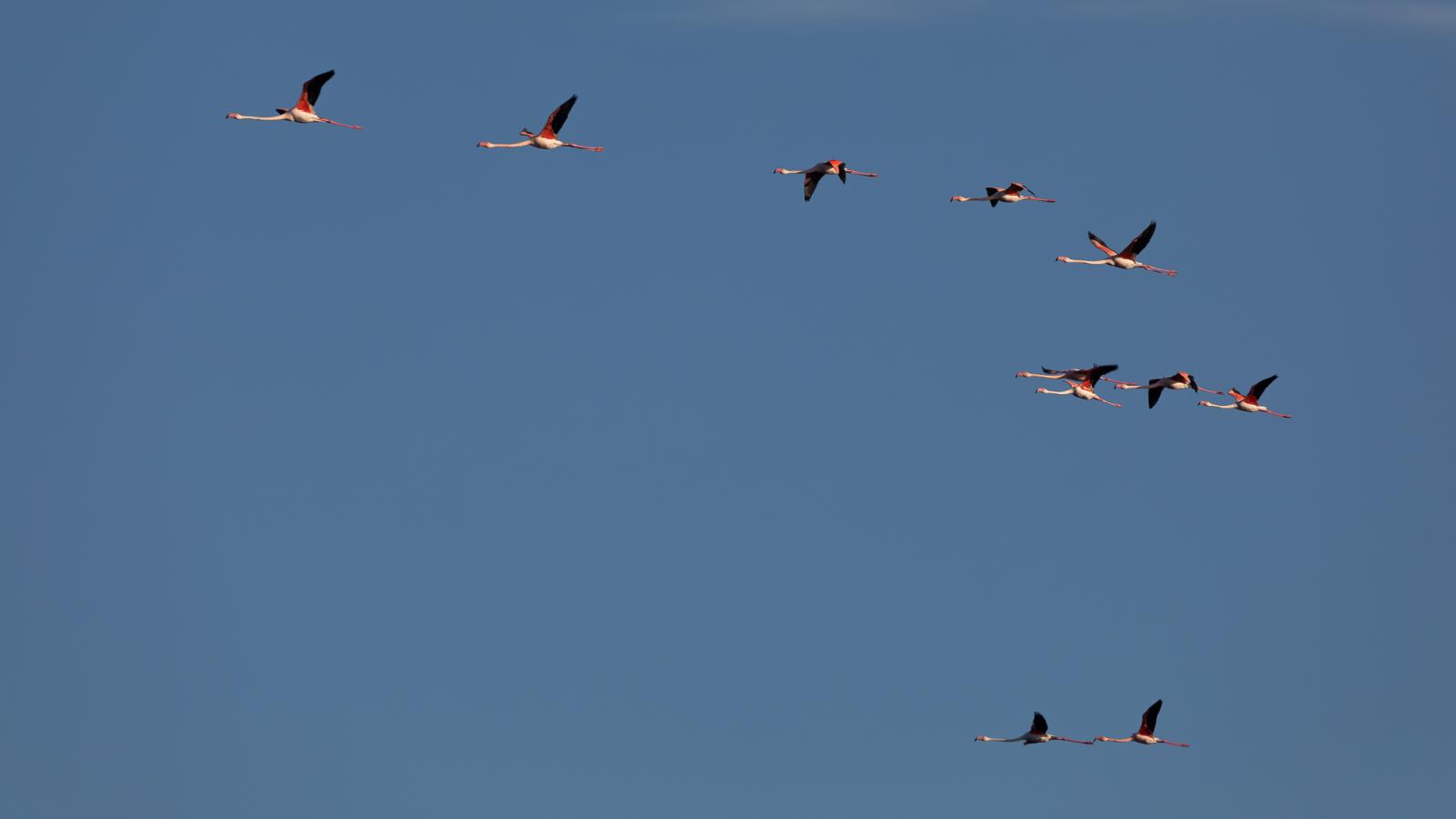 Funded by the ENI CBC Med Programme, the project MedArtSal combines the forces of four Mediterranean countries (Italy, Spain, Tunisia and Lebanon) to define a sustainable management model for the revival of artisanal salinas across the Mediterranean.

Salt and saltworks have always been part of the Mediterranean soul. Throughout the ages, the worth of the savory mineral, the “divine substance”, as Homer called it, was so high that it gave rise to myths and religious cults among a variety of cultures. Before the discovery of refrigeration methods, salt was so precious for the seasoning and preservation of food that it became a currency. Indeed, in different periods of history where protracted conflicts over the control of borders and long territorial explorations were routine, salt could mean survival and therefore became a symbol of power. Under these premises, it can be understood why, in the XV century, in a yet split Italy, when the Duchy of Ferrara begun to take control over the saltworks at Comacchio - reserved to the Republic of Venice by a commercial pact - a contest over the commerce of salt easily burst. Due to its crucial value, the “white gold” travelled along endless shipping routes, connecting shores in the web of relations that we easily recognize as Mediterranean heritage.

Saltpans have always represented a perfect example of harmonious cohabitation between human activities and environmental preservation. Nowadays, however, as many other traditional production activities in the world, Mediterranean salinas suffer from the industrialization of the extraction process while their inhabitant species risk to be endangered by coastal urbanization. Actually, salinas host hundreds of ornithological species. Beautiful, rare and fragile birds as flamingos, avocets and numerous types of waders, nest and winter in the transition areas of the wetlands.

At present, only twenty of countless ancient saltpans, remain in the Italian territory. Four sites (S. Antioco, Trapani, Santa Margherita di Savoia and Cervia) have shifted to industrial production. All the others, have been abandoned, becoming either Sites of Community Interest (SCI) or Special Protected Areas (SPA). Several of them are also Ramsar sites. Only Cervia, Trapani and Marsala have been able to preserve the artisanal tradition, though wiped out by salt depreciation, mass production and the lack of generational change. 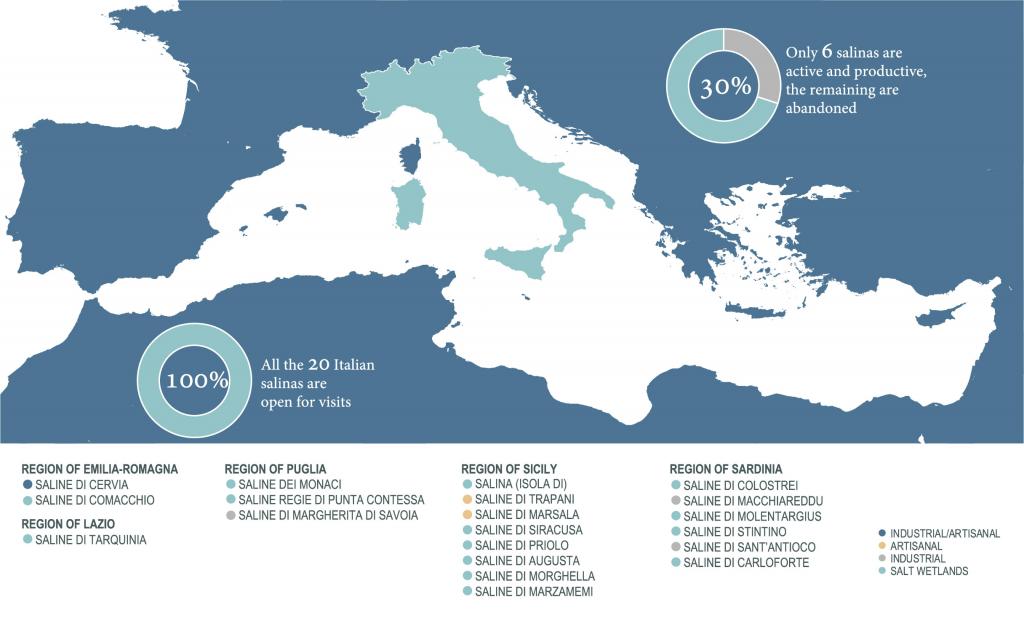 Italian saltworks are not only inestimable environmental oases, they also offer amazing scenarios with the potential to attract cultural and tourist activities. Cervia, in Emilia Romagna, northern Italy, is a brilliant example of the possibilities lying in innovation. When salt production started to be perceived as non-profitable, the local community worked hard to save an activity that, along with the landscape, had become an integral part of its identity. The unique treatment of its “sweet” salt takes place amid a park of rare beauty, dwelled by an incredible variety of animal species. Visitors can walk around the natural reserve, discover its history in the Salt Museum and buy salt-based food products and cosmetics.

A forward-looking project has since the mid-1990s allowed Trapani’s saltpans to survive and thrive. In the “Trapani and Paceco” natural reserve, managed by the WWF, artisanal salt production is surrounded by salicornia stretches and accompanied by the flight of the marsh harriers and the white heron, by the avocet’s elegant bearing that, together with the old windmills, have become symbolic of the reserve’s natural landscape.

Heron and flamingos, along with other 50 species, inhabit the Conti Vecchi salinas of Cagliari, Sardinia. Since 2017, the old production complex, cradle of a “salt community” that lived sustainably as one with the surrounding wetlands, has become a fascinating site of industrial archeology. Extraction has been saved, and small hills of shining salt run along the pond’s shores, while a wheeled train brings visitors through the production sites: the old office, the laboratory and the carpenter’s shop become stops along a charming travel through time.

Not everything is lost. However, to respond resourcefully to the challenges that modernity places us before, we need new and shared energies and ideas. Ancient harmony can and must be reestablished with the collaboration of producers and consumers. The EU-Med cooperation project MedArtSal, will result in setting up a new business paradigm that will benefit artisanal saltpans through the strengthening of partnerships with various subjects involved in the sectors of sustainable production and tourism, fostering collaborations at business, social, environmental and, not less importantly, at governance level. An integrated, virtuous circuit can attract consumers’ interest, fed by the awareness that buying artisanal salt and new sustainable products derived by its treatment means preserving an ecosystem, a place of beauty and knowledge.