[MedArtSal] Healthy water is essential for artisanal salinas and its products 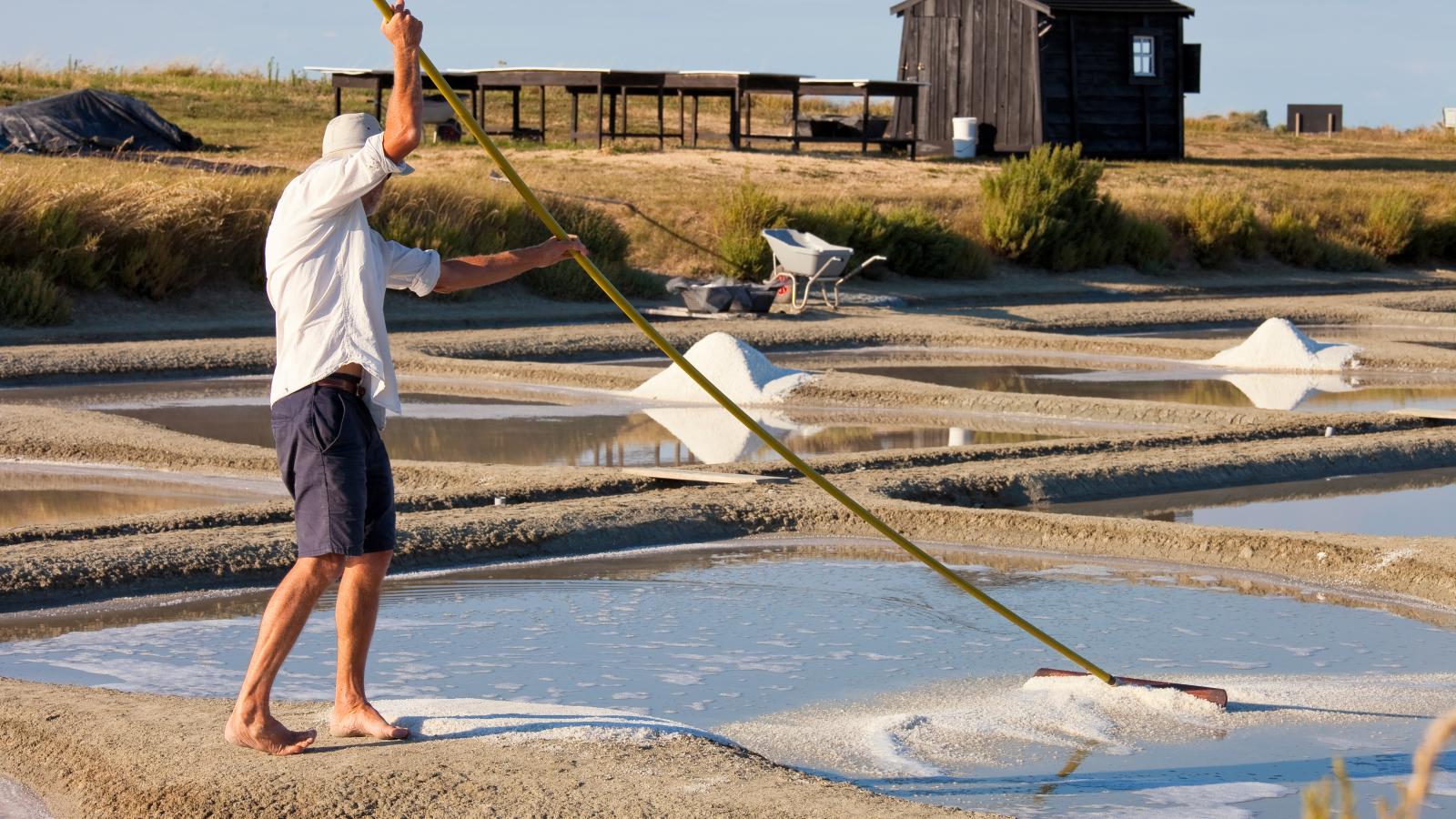 Seawater, wetlands and human wit: for centuries these three elements intertwined to shape the Mediterranean coastlines in the orderly mazes of saltpans, home for the precious “white gold”. Spain, Tunisia, Lebanon or Italy, local cultures developed specific techniques for salt extraction, guiding the water through complex paths and systems of pools that ended in the crystallization areas where solar evaporation and wind made its fundamental contributions. Past or present, it’s the dunialella seaweed that warns the salt workers about the time of harvest. The dunialella is the only being capable of surviving such saline concentration. Its pigment covers the pool making the saltpans a permanent sunset stretched where the sea meets the land.

Salt has been defined a “cultural molecule”. Myths, rituals, literature, economic relations and technical knowledge originated from the white crystal. Today the Mediterranean artisanal production is threatened by the overwhelming presence of industrialization, by climate change and the consequent biophysical modifications of wetlands, by intensive agri/aquacultural developments, urbanization and bad management.

Unfortunately, threats for saltpans keep growing and looming. The Mediterranean is the most polluted sea of the planet. A report recently published by IUCN and Shaping Environmental Action, "The Mediterranean: Mare Plasticum" evaluates the plastic fluxes from 33 countries surrounding the Mediterranean basin. Due to mismanaged waste processes, an appalling quantity of plastic and other substances flow in the rivers and into the sea. Egypt, Italy and Turkey “dump” every year 74, 34 and 24 thousand tons of plastic in the Mediterranean, respectively. The final data on pollution come from a study done in 2019 by the Imperial College of London and the Cadiz University, which has demonstrated that the “Mare Nostrum” hosts between 5 and 10 percent of the global mass of bioplastic fluctuating in seawaters, whose quantity has been calculated in around 51.000 billion of particles.

Contamination thus reached also the white gold. A study led by Greenpeace and the South Korean University of Incheon has found that even the salt we commonly use in our kitchen contains microplastic fragments. The research examined sea, mine and lake salt samples. Scientists have identified the presence of Polyethylene, Polypropylene and Polyethylene Terephthalate (PET), used in the production of disposable packaging. The analysis of the sea salt underlined a high presence of microplastics (between 0 and 1,674 per kilo). In the samples from salt lakes and mines, the concentration of microplastics was lower: between 28 and 462 per kilo in the first case and between 0 and 148 per kilo in the second.

But saltpans have always been places of innovation and harmony between man and nature, strips of earth and water where prosperity and biodiversity went hand in hand. This is why in several Mediterranean saltworks owners and scientists are already working on new filtration methods to improve water quality and protect seawaters, salt, human and environmental health from microplastics.

The MedArtSal project is going to develop and test tailored management solutions in several case studies and pilot actions with the aim to help revival artisanal salinas in the Mediterranean and foster the territorial valorization of these special hábitats carved my human populations for centuries of years.