Dignity and equality: key drivers to foster fair employment in the Mediterranean 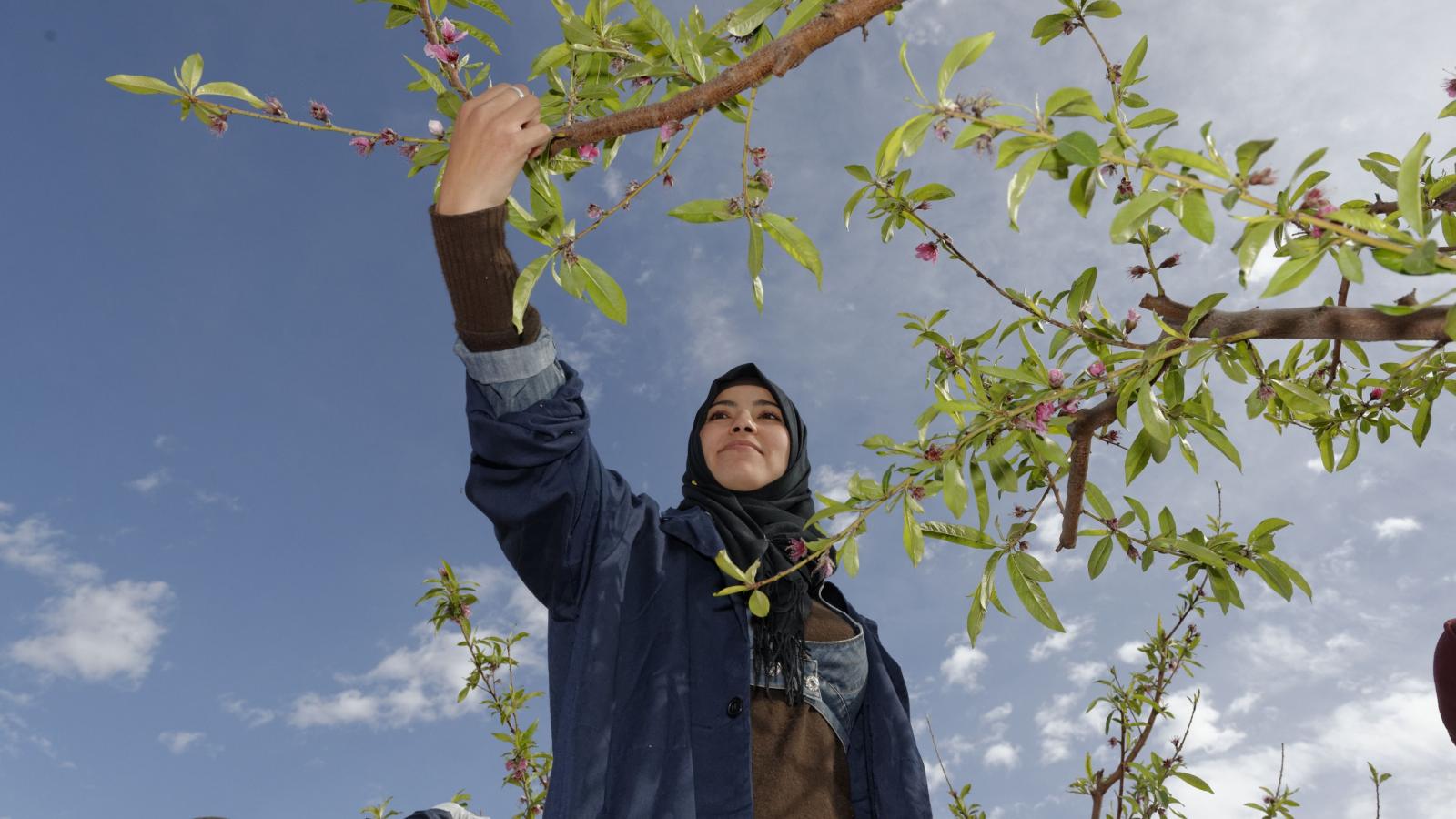 Supporting SMEs and start-ups, women and youth employment are of upmost importance for the ENI CBC Med Programme. For this reason and to celebrate the World Day of Social Justice, the Programme organised on the 22nd of February a webinar on fair employment as a key element to advance social justice in the Mediterranean region. The event started with a poll question and most participants considered that fair employment is about access to jobs regardless the origin, religion, nationality or sex. At the end of the webinar, participants summed up the session stressing on the importance of dignity and social inclusion.

Social justice is about guaranteeing the dignity of human beings

Ms Daría Terrádez Salom, general director of EU relations at the Generalitat Valenciana, Spain, started her speech reminding that social justice is about dignity, giving some examples from the Spanish reality of how this concept is far from being guaranteed. However, there are some tools that can help ensuring social justice such as the use of the European Social Charter. This could be an inspiration for the south part of the Mediterranean.

64% of employment in Arab countries is from the informal economy, according to 2019 ILO estimates

Mr Tariq Haq, Senior Employment Policy Specialist at the International Labour Organisation (ILO) provided us with alarming figures: only 1/5 woman and ¼ youth are employed in the Arab region.

Entrepreneurship and self-employment are extremely limited in the region partly because of the environment that discourage young people from creating their own business, because of bureaucratic inefficiencies, regulatory obstacles which have failed to face the fast-changing economy.

So, what can be done? According to him, the Arab region´s recovery needs an innovative and holistic approach at two levels: a direct response to COVID-19 but also a more structural reform that was already needed even before the pandemic, which has only exacerbated the situation especially for youth and women.

The Arab region's recovery needs an innovative and holistic approach at two levels: a direct response to COVID-19 but also a more structural reform that was already needed even before the pandemic, which has only exacerbated the situation especially for youth and women.
Tariq Haq, Senior Employment Policy Specialist at the International Labour Organisation

To address this, regular and reliable data are needed to design adapted policies and monitor them. Then, governments can develop coherent, comprehensive and evidence-based frameworks for employment to create decent jobs. Finally, there is a need to increase the representation of women and youth in the tripartite social dialogue, which brings together governments, workers and employers.

Mr Haq explained some cases where the ILO provides technical support to undergo these changes. For instance, the ILO worked with the authorities of Palestine by conducting a large diagnostic exercise and supported the national tripartite consultative processin 2018 and 2019 leading to the adoption of the first national employment strategy of Palestine in November 2020 taking into account the consequences of the pandemic.

Moving to other experiences from the field, Mr José Ruibérriz from the Spanish NGO, Assembly of Cooperation for Peace (ACPP), gave us some elements on how they work to advance ILO´s agenda on decent work through MedTOWN project. The main idea is to deliver social protection schemes through the co-production of social policies. They develop a model and apply it through 6 experiments in 6 countries in different sectors adapted to the local context. Mr Ruibérriz presented two of them. First, the experience of using a local currency by local authorities in Spain have demonstrated its capacity as a multiplier effect to develop local economy. For every 1€ spent at a local business, 0.45 € is reinvested locally while, for the same amount spent at a corporate chain, only 0.15 € in reinvested locally and spending it at an online retailer reinvest 0 €.

The second pilot concerns the launch of a social business incubator in Jordan for disabled people and refugees. The idea is to use tokens as a tool to coproduce public policies.

In both cases, MedTOWN digitalizes the Social and Solidarity Economy (SSE) sector to co-produce social policies.

In Lebanon: the private sector as guarantor of social justice

Ms Wafa Haidamous from Business Consultancy and Training Services (BCTS) in Lebanon and on behalf of MoreThanAJob project highlighted that the topic of this year´s celebration of the World Day of Social Justice is the digital economy. Indeed, 2020 was the year in which digital economy expanded and we had to adapt our jobs to this reality.

She also gave her perspective as representing the private sector and its importance as a guarantor of social justice ensuring sustainability of work, fair and decent working conditions, social protection and reminding us that 91% of full-time employees in the region work in SMEs.

She then explained how a consortium of 7 partners from 5 countries led by a Palestinian university implements a project on reinforcing social and solidarity economy (SSE) for the unemployed, uneducated and refugees.

Creating jobs for people without education but with great ideas

Mr Mathieu Guary developed and implements RESMYLE project to support uneducated young people but with great ideas to make them a reality mainly in the field of the blue and green economy. This is done through active citizenship, training and job support. Firstly, by promoting citizenship:  raising awareness on the protection of the environment demonstrates that it is a factor of social promotion and inclusion in the local community. Secondly, training with non-formal learning resources, short and practical courses are good alternatives for NEETs to find jobs. Thirdly, creating 6 eco-incubators for young entrepreneurs will help them create jobs.

Support SMEs, green and circular economy, social inclusion: on the top of the agenda for NEXT MED Programme (2021-2027)

Finally, Mr Martin Heibel from ENI CBC MED Managing Authority gave some hints about the next programming period. The name of the programme will change: NEXT MED and topics as the green and the circular economy are on the agenda. Discussions are still on-going, but the good news is that two new countries – Algeria and Turkey - are participating in the Task Force, the body in charge of drafting the new programme document.

Better jobs for all: how the public sector can contribute

To conclude, celebrating the Declaration on Social Justice for a Fair Globalization reminds us our role as citizens, public and private sector in guarantying fair jobs to both educated and uneducated people, promote local employment in a globalized world, explore niches in the labour markets such as the blue, green and circular economy. The public sector needs to collaborate more with entities like the ILO to define employment policies adapted to the new reality, taking into account gender issues, digital literacy and finally pull jobs from the informal economy to the formal one as it currently represents nearly two thirds of the labour force in the Arab world.