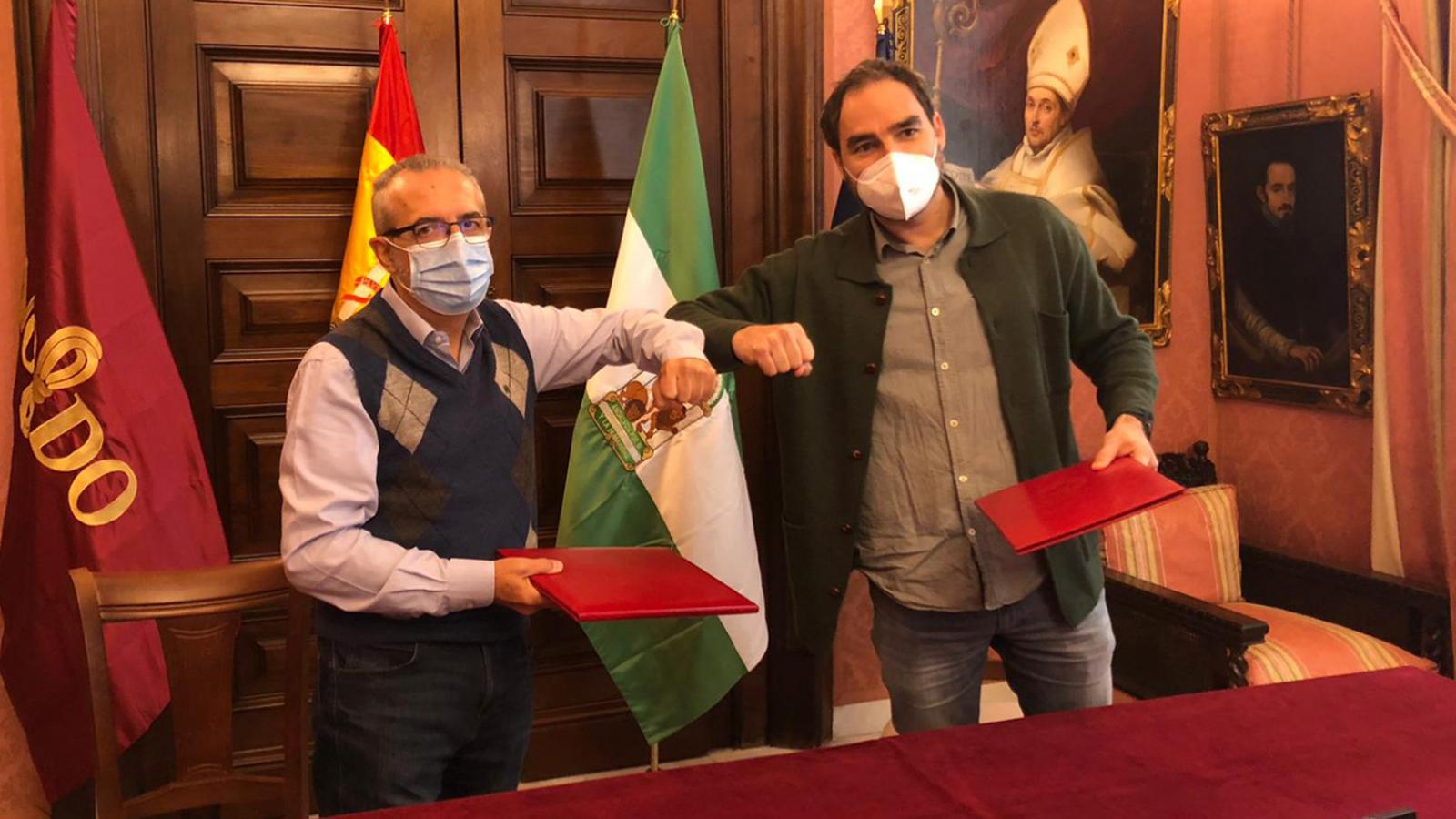 In the shops of the Cerro-Amate district of Seville soon it will be possible to pay with a public Complementary Currency (CC), a way of generating the empowerment and sustainability of the local economy. This is one of the six experiences integrated in MedTOWN, a social innovation project based on supporting the role and capacities of the actors of the Social Solidarity Economy (SSE) whose aim is to increase the socio-economic impacts and effectiveness of public policies and spending at local level.

The Seville Local Currency, MedTOWN’s Spanish Demonstrative Action, is now fully immersed in its definition phase, after completing the previous preparation phase, underway since November 2019, through the holding of the first meetings with neighbourhood traders and associations and the signing last 23rd of December 2020, of a formal agreement with the Municipality of Seville.

This agreement marks an important milestone, as it guarantees the commitment of the city's Department of Social Welfare, Employment and Integral Plans for Social Transformation, to pay for the benefits of the different municipal programmes processed by their the Social Services Centre through our local currency digital payment system.

The current definition phase, which includes follow-up work with key agents in the territory, the clarification of the technical & legal details and the collaborative process of naming and branding the new currency, will culminate with its launch, scheduled as early as next March 2021.

The demonstrative action plans to channel benefits from the Municipality of Seville to beneficiary families in the Cerro-Amate/Su Eminencia area of Seville, who will be able to spend them in local shops. The local currency project seeks to revitalise the neighbourhood, recirculating money in the area, encouraging local employment and promoting local businesses, organisations and projects in the area, both economically & socially.

In this way, the real economy is promoted, as well as a socially, economically and environmentally sustainable economy. Once this is achieved, the project hopes to extend the scope of the local currency to the whole city of Seville and beyond, as this innovative system aims to build customer loyalty, generating social cohesion in the neighbourhood, through the relationships that are born within the local currency network.

The budget of the project in Seville is around 700,000 euros, which will be invested in the development of the project in Tres Barrios. Thanks to the Seville local currency pilot project, money will be able to circulate within the neighbourhood through the group of people, businesses and organisations that will use it. The project aims to promote the local economy and empower citizens by strengthening associative networks and improving the lives of local residents.

The creation of this third-generation currency will be possible thanks to Assembly of Cooperation for Peace (ACPP), our Lead Beneficiary, & our technological partner Tier1’s years of experimentation with public currencies or currencies with public uses, which allow to reflect on the different models, their sustainability, public-community governance, and thus address the creation of new ones, hand in hand with the public administration.

The MedTOWN project "Co-production of social policies with social and solidarity economy (SSE) actors to fight poverty, inequality and social exclusion" is a cooperation project  funded by the European Union through the ENI CBC Med 2014-2020 Programme, involving 9 partner entities, and as many associates, such as the City Council of Seville, from 6 countries (Spain, Greece, Palestine, Jordan, Tunisia and Portugal) with a total budget of 3. 3.4 million (86.5% programme contribution) and an estimated duration of 36 months, until September 2022.

MedTOWN is developing six Demonstrative Actions in six locations, six cities across the Mediterranean, experimenting with payment systems, such as the one implemented in Seville, or similar formulas.