Enhancing the role of women in TEC-MED project 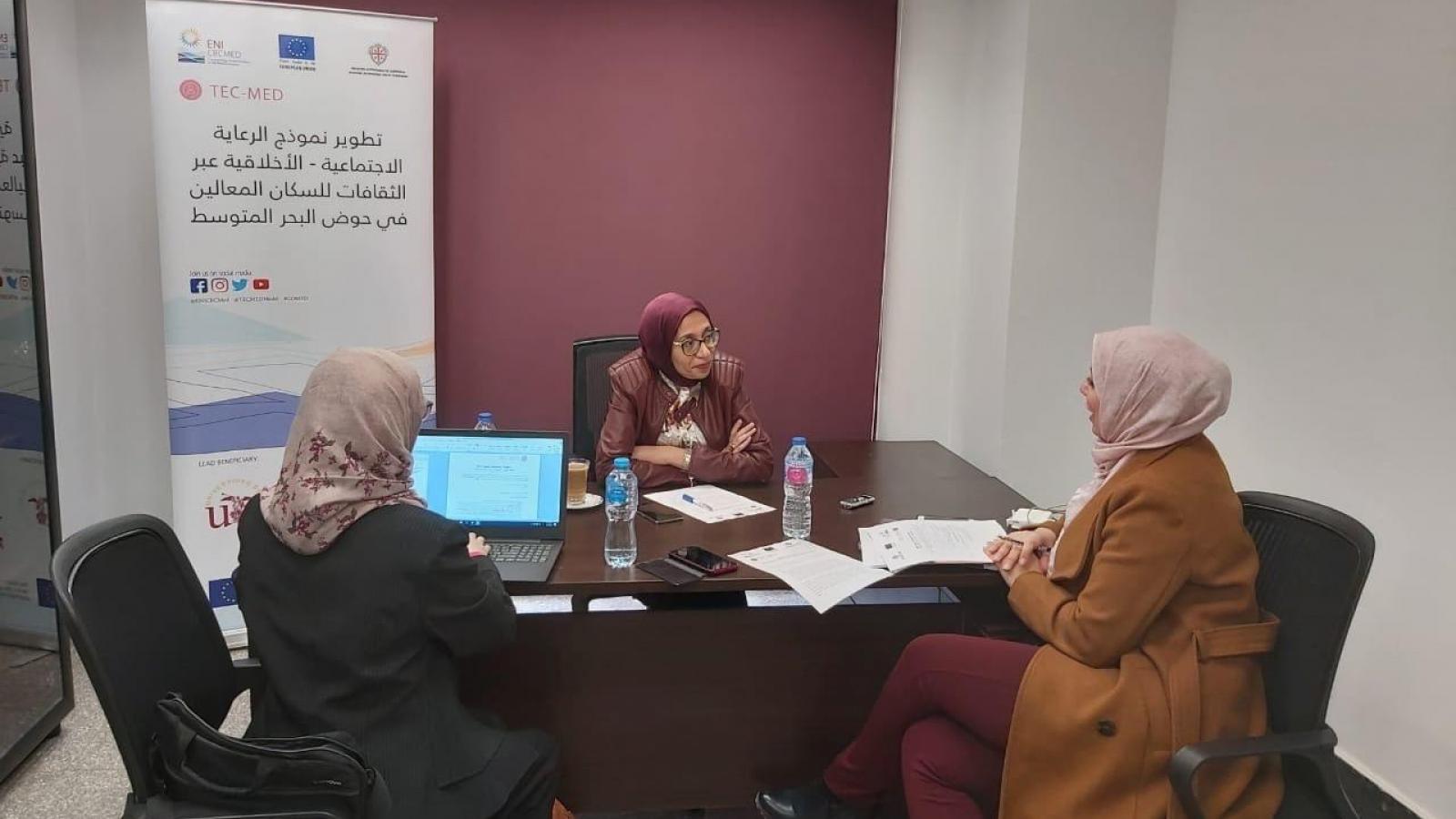 TEC-MED is a large-scale project which aims to create a new organizational model to support cooperation and partnership between public institutions and social protection actors for the benefit of the vulnerable elderly.

In TEC-MED project are involved six countries of the Mediterranean basin: Spain, Italy, Greece, Tunisia, Lebanon, Egypt and 10 different partners. In this sense, women offer their significant effort in the research and evolution of the project either as official partners or contributing with their valuable experience in several aspects. Some of these women were interviewed in June 2020 about several TEC-MED aspects regarding their pilot sites.

In Tunisia, women have always been well represented in every key position related to issues of the elderly and social projects and this goes naturally with the professions in which they are most involved.

Indeed, currently more than 60% of Tunisian doctors are women, and they represent more than 70% of pharmacists and over 50% of researchers. Moreover, the Ministry of Women, Children and the Elderly and the Ministry of Health have been often held by women.

Thus, it’s normal that more than 50% of the stakeholders involved in Tec Med project from Tunisia are women. Mrs. Leila Alouane is one of these women, president of Alzheimer Tunisian Association, Professor of higher education in nutrition sciences, and previous Head of the Training and Information Department at the National Institute of Nutrition. Alzheimer's disease must be treated entirely as a chronic disease.

Mrs. Leila Alouane said that "Alzheimer is not considered as a chronic disease and supported by the CNAM (the national health insurance fund). The CNAM supports only one specific medication”. Seniors must be handled by competent people who have a vision, a critical mind and who have a different perception for this age group, as Dr. Samia Negra, Retired Seniors Programs’ Director, said: "The third age is not reduced to a biological stage in the life of human being, but it is also a socio-cultural fact which has its status, its behaviors and its expectations"

In the Greek pilot site similar conditions occur regarding women role in TEC-MED project.  Mrs. Xenou is one of them, who contributed with an interview to the completion of the part 3.2.1 of WP3, titled “Standard of social care of the country”.  The gathered information of the interviews in total formed the basis for the development of a social care model for the Elderly in Greece. Mrs. Xenou is the director of Health and Social welfare, specifically she is responsible for accompanying metering questions. Mrs Xenou said characteristically that “Clinical archiving, self-care, training, empowerment and close collaboration of caregivers and caregivers are essential for self-management of their health and independent living”.

In Lebanon, Ms. Roula Ounaissy-Mosleh is a geriatric psychiatric nurse who is in touch with older persons on a daily basis through her work at a psychiatric outpatient clinic. She has a Bachelor’s degree in Nursing and started working as an inpatient psychiatric nurse for seven years after which she worked as an occupational and patient safety assistant before working as a geriatric psychiatric nurse at an outpatient clinic in Beirut. She has been in charge of formulating clinical assessments and providing patients and their families with psycho-education, follow-up and clinical support. She states that “Women play a vital role within the family, more than fathers sometimes, as mothers are known for their kindness.”

Dr. Hala Sweed is the editor in Chief of the Egyptian Journal of Geriatrics and Gerontology and also the founder of the Egyptian Society of Geriatrics and Gerontology. Dr. Hala mentioned crucial points in her interview about the care provided for elderly and a few of them are: a) We must change the idea that the elders can’t perform and are excluded, b) There are no activities in Egypt for elders nor equipped places for them to spend the day, c) The main problem in elderly care is that each organization is working by itself and there is no coordination between all the entities and d) The government should offer programs to prepare elders for the period after their legal age to leave work in order to avoid the deterioration of their psychological and emotional state.

Two relevant women in the field of social care for dependent elderly people in Spain have collaborated with TEC-MED project, offering relevant information about trends on social care practices for dependent elderly with chronic illness or lack of family support: Emilia Barroso, Representative of Social Action of Council of City of Seville and Pura Dias Veiga, Researcher of Matia Institution.

They have given important clues to understand how the concept of aging has evolved, the numerous barriers to achieving quality development throughout all stages of life and the need to rethink the models of care towards alternative pro-social of social cohesion and empowerment of the population.

Pura Dias explained the importance of people in Matia model care: “In the Matia Foundation model of care and attention we havebeen incorporating people in a way that focuses on taking good care,but taking care from the perspective of people, that is, paying attention to aspects such as personalizing care, personal image or to the home environment ... so people have control about his/her life”.