[CROSSDEV] Local Community of the Biosphere

Two years after the founding of the Association for the Protection of Jabal Moussa (APJM), Jabal Moussa and surrounding villages were designated a UNESCO Biosphere Reserve in 2009 under the Man and Biosphere (MAB) Programme.

The MAB Programme inspired APJM to move from the classical approach to conservation, excluding people from the protected area, to a human-centered approach, inclusive of local communities.

APJM thus commissioned a survey to Saint Joseph University to understand in detail the socio-economic context of the Biosphere Reserve (BR). Three main sectors of intervention were identified to address the economic challenges based on local skills: tourism, crafts and agriculture.

Ten years after the launching of the first tourism project, and thanks to the loyal support of donors and backers, the threatened mountain has evolved towards a thriving ecotourism destination, increasingly contributing to the wellbeing of its local communities. 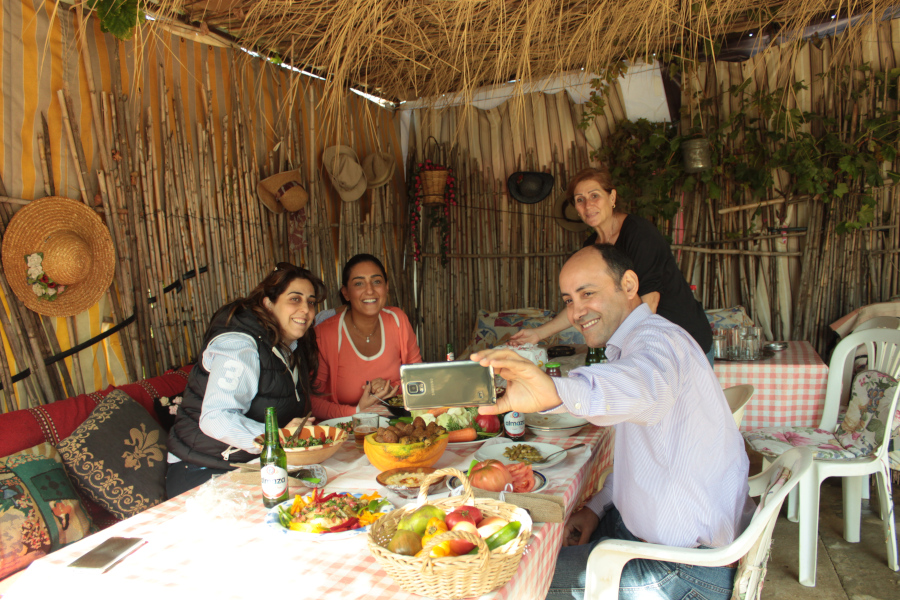 Farmers and beekeepers provide honey, fruits, and herbs to local women who process them in a centralized workshop. Women artisans develop handicraft products, using simple techniques and often recycled materials. These agro-food and handicraft products are then sold to hikers and visitors by the guards at the reserve entrances. Trained local guides of all ages, accompany groups along the trails. After that, the hiker gets to choose to eat at a local guest house or to stay overnight at a Bed & Breakfast.

Native plant nurseries are maintained by local farmers and became an attraction for local and foreign visitors who can choose to plant a tree and contribute to the rehabilitation of degraded areas in the mountain.

For many of these locals, finding a job or a part-time income-generating activity in their own village has been life-changing. Not only are they economically empowered, but also socially, as they strongly relate to the conservation mission and never miss a chance to express their pride of belonging to Jabal Moussa, the mountain, the people, and the Biosphere Reserve.

Joseph Khalil, a local guard in his late 40s, greets people at the entrance of Qehmez, his hometown, with a pleasant smile. He passionately starts explaining about nature and culture in the mountain, stories of the village he grew up in, and the mission of APJM. He always starts by saying: “That same boutique you’re standing in, was burnt down twice by quarry owners. They thought they could stop us from protecting our mountain!”. Story-telling is not his only talent. He sometimes captivates his audience with a few verses of poetry he regularly writes about Jabal Moussa. 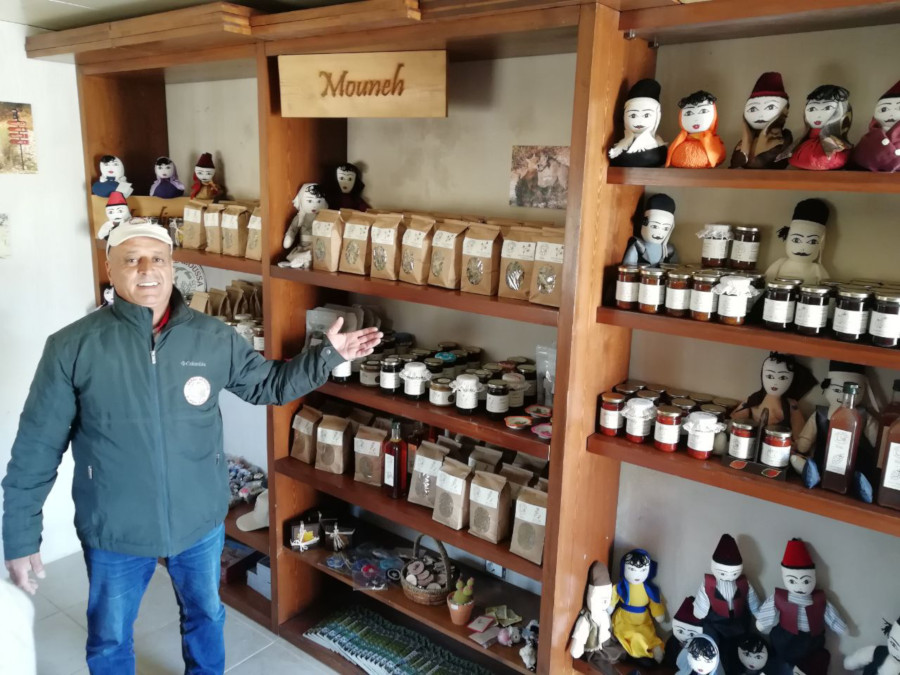 Joseph Khalil at the entrance of Qehmez, explaining about local food and handicraft products.

Visitors often leave Joseph with positive feedback and heartening words. “Seeing the destruction and the illegal quarries on their way to the entrance, visitors often express a great surprise and amazement when they walk in the wild protected forest of Jabal Moussa”.

Born and raised in the area, Joseph is amazed by the recent discoveries made at Qornet ed Deir site, and never misses a chance to ask the archeologists about their findings.

Many local stories revolve around Qornet el Deir, and Joseph almost believes it to be a sacred place (“the hill of the monastery” in arabic). But he never imagined talking to visitors about a constructed tomb from the Roman period, or human presence dating back 4,000 years ago. While proudly showing a few pieces of pottery on his desk from the site to the visitors, he hopes for a more imposing exhibit.

During a focus group gathering local guards organized within the CROSSDEV project, Joseph Khalil expressed the need to have education means to better inform the visitors of the wealth of Jabal Moussa: “The flower species that only exist in Jabal Moussa need to be featured at the entrances… and why not think of a museum to show the pottery and all the findings in Qornet el Deir?”.

His interesting thoughts and ideas, together with those of other stakeholders, are being compiled within a Local Action Plan (LAP). Following a series of focus groups and individual questionnaires in the first 6 months of the CROSSDEV project, the LAP will be implemented in the remaining 2.5 years, and hopefully the ambitions of Joseph will become a reality.