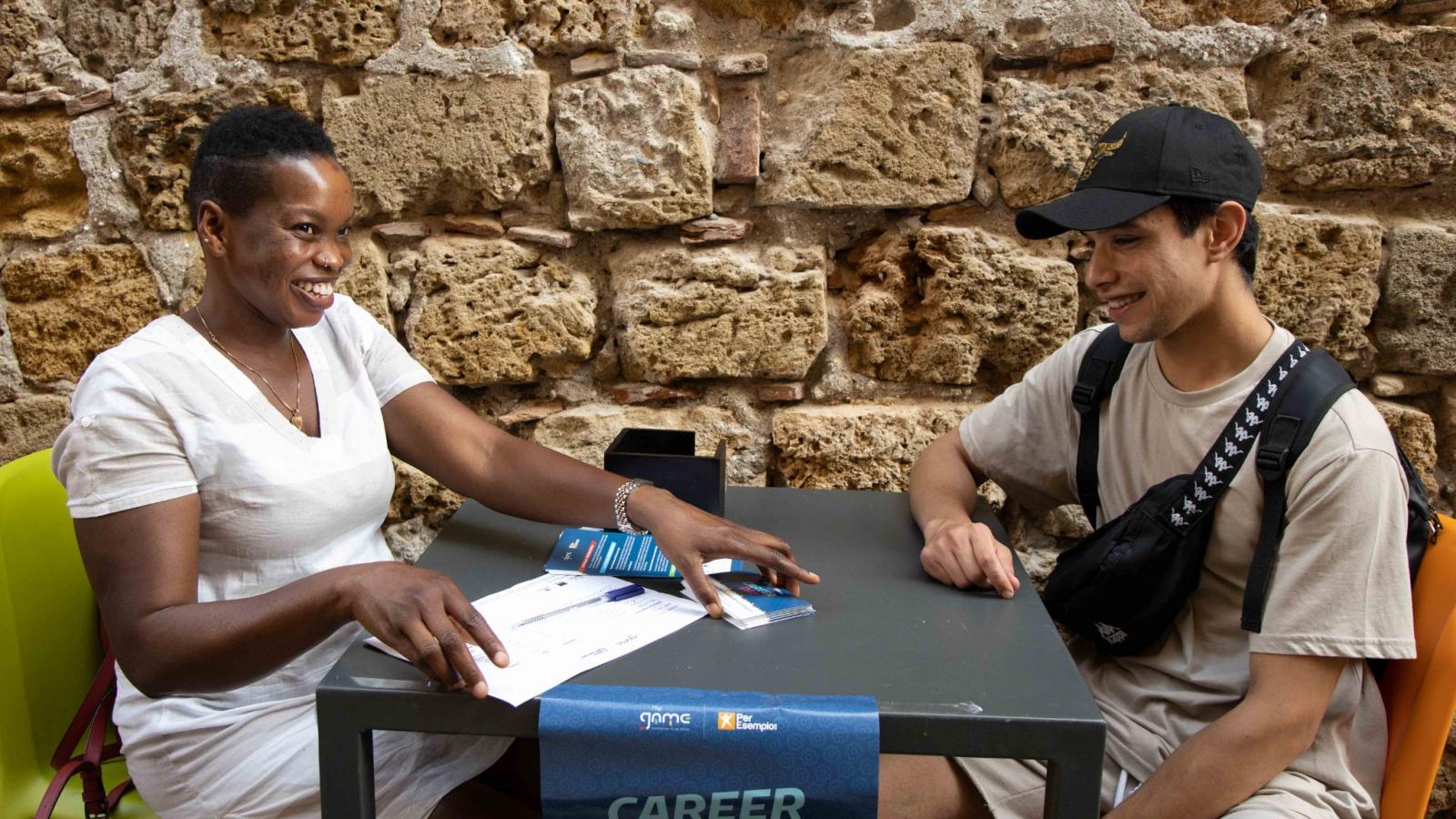 During its 8 months of activities, The Game – Orientation to the Future has supported migrants in Palermo in accessing local services and in fostering their competences to join the labour market.

A peer-to-peer desk for career guidance and services’ orientation has been established in three different spots in the city centre of Palermo, including Casa dei Diritti. It is a service of the Municipality of Palermo for supporting the welcoming and inclusion of migrants.

The collaboration with the Municipality of Palermo and other realities of the city allowed to reach a higher number of people and to inform them on the opportunities available in the territory.

In continuation with the work done as part of the desk, Per Esempio, the organisation coordinating The Game, organised a career day on the 8th of June 2022. During the event, three counsellors - Moussa, Karidja and Marzia – shared information on the labour market in Palermo and provided employment guidance. The events saw the participation of around 40 persons who accessed the information counters.

Vouchers valid for an interview with companies based in Palermo were distributed and guidance on how to conduct the interview was given. The vouchers will allow participants to get to know the labour market in Palermo and to test their competences on how to do a job interview.

The Game – Orientation to the Future is one of the two initiatives sub-granted by MoreThanAJob in Italy. The main aim of the project is to increase the level of social and labour inclusion of people with a migrant background by strengthening the collaboration between public and private actors in order to enhance social and welfare services for them.

To know more about the MoreThanAJob activities going on in Italy, send an email to giulia.tarantino@cesie.org