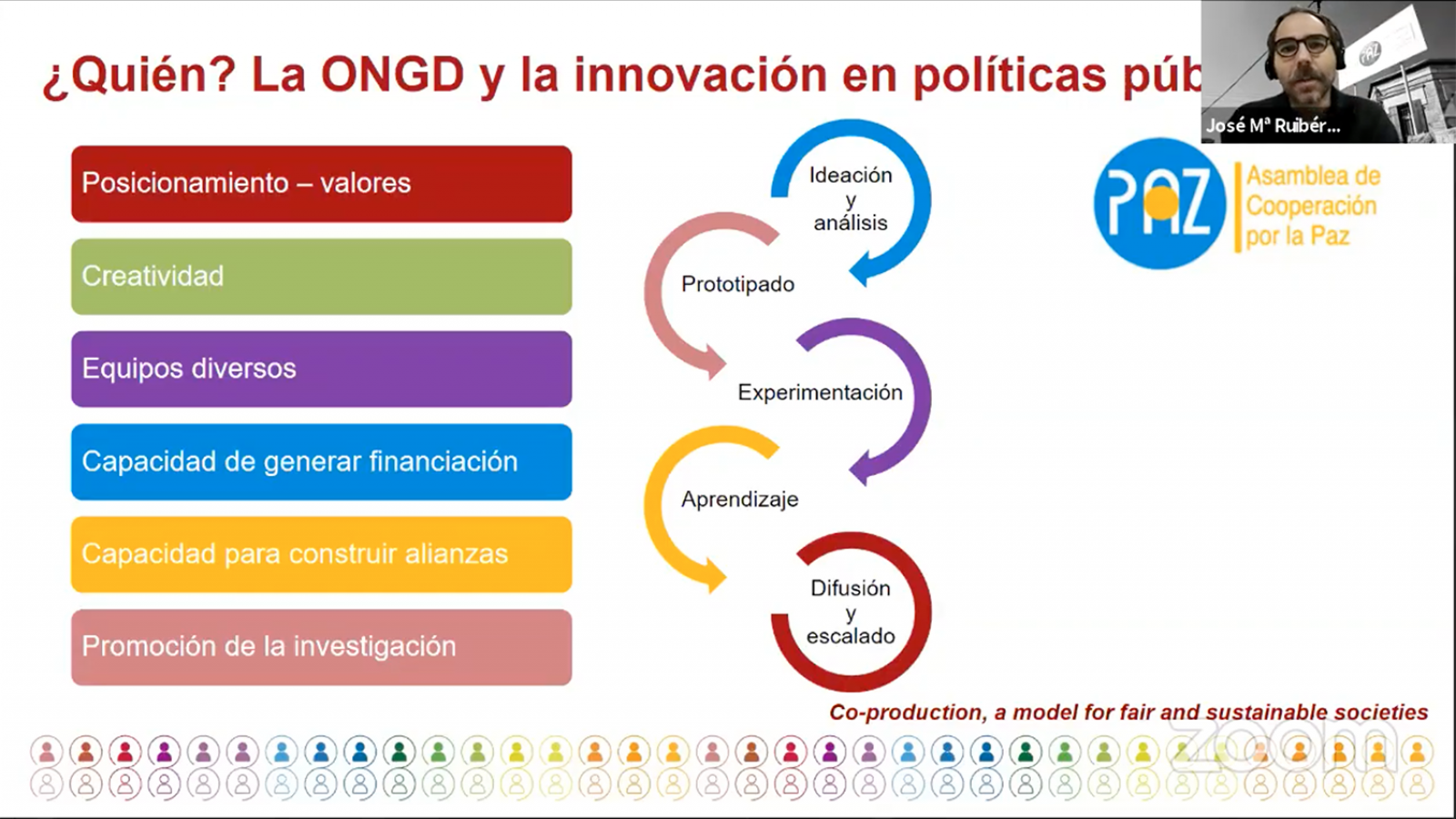 The 9th edition of the Spanish State Meeting of Local, Social and Complementary Currencies, entitled "Local values in times of crisis", was hosted (virtually as usual in these times) by the municipality of Viladecans (Barcelona) on 27 & 28 October 2020, and included the participation of our lead beneficiary, Assembly of Cooperation for Peace (ACPP) and partners & collaborators of our project. Lorenzo Fuentesal from Tier 1 spoke about Clickoin at the technological round table, and Israel Sánchez from Transicionera gave the workshop "Social coins, super-powers to transform your neighbourhood, town or city".

José Ruibérriz, focal point for Social & Solidarity Economy (SSE) in ACPP, spoke at the round table focused on the relationship between Cooperation for Development and local currencies. He explained how the realities of our daily and closest environments are deeply interrelated with those existing in other contexts on the planet, the latter understood as a very fragile ecosystem and described ACPP’s trajectory throughout its 30 years of experience to reach social innovation projects in which complementary currencies fit perfectly.

He continued by arguing that in the last decade we have learned that the only way to generate a real deep social transformation based upon social, economic & climate justice, is by generating formulas for the democratic & social construction of public policies. To this end, ACPP has a team involved in policy experimentation in the social and solidarity economy, and is currently promoting several projects, including MedTOWN, as spaces for experimentation seeking better solutions to the challenges of life in society in our communities, of social policies.

The perspective provided by years of experimentation with public currencies or currencies with public uses -such as the Ossetana or the Grama- allows for reflection on the different models, their sustainability, public-community governance, and thus to tackle the creation of new ones, such as the one that is starting up in Seville, hand in hand with the public administration, but without renouncing formulas that explore them as an eminently civic activity.

At the institutional panel, David Pino from Seville Municipality, associate partner of the MedTOWN project for the development of the new Seville local currency, highlighted its innovative and socially transforming aspect, together with its potential for citizen empowerment, as well as the importance of transparency, traceability and legal certainty provided by the European support of the project, in order to strengthen confidence in it.

The Spanish State Meeting of Local, Social and Complementary Currencies is an annual meeting aiming to highlight the importance of their role in today's society, with the purpose of reflecting on their present and future, learning and finding out about similar proposals in different cities and communities, exchanging and sharing experiences, dealing with issues such as digitalisation or decentralisation and defining new work guidelines to help to promoting this type of initiatives. At the close of the meeting, it was decided that in 2021, the 10th edition will be held in Bilbao.

All the presentations, round tables and workshops of the 9th edition are available (mainly in Spanish) on youtube here.