MedTOWN project in Spain opens 55,000€ worth call for proposals to grant initiatives for pilot projects 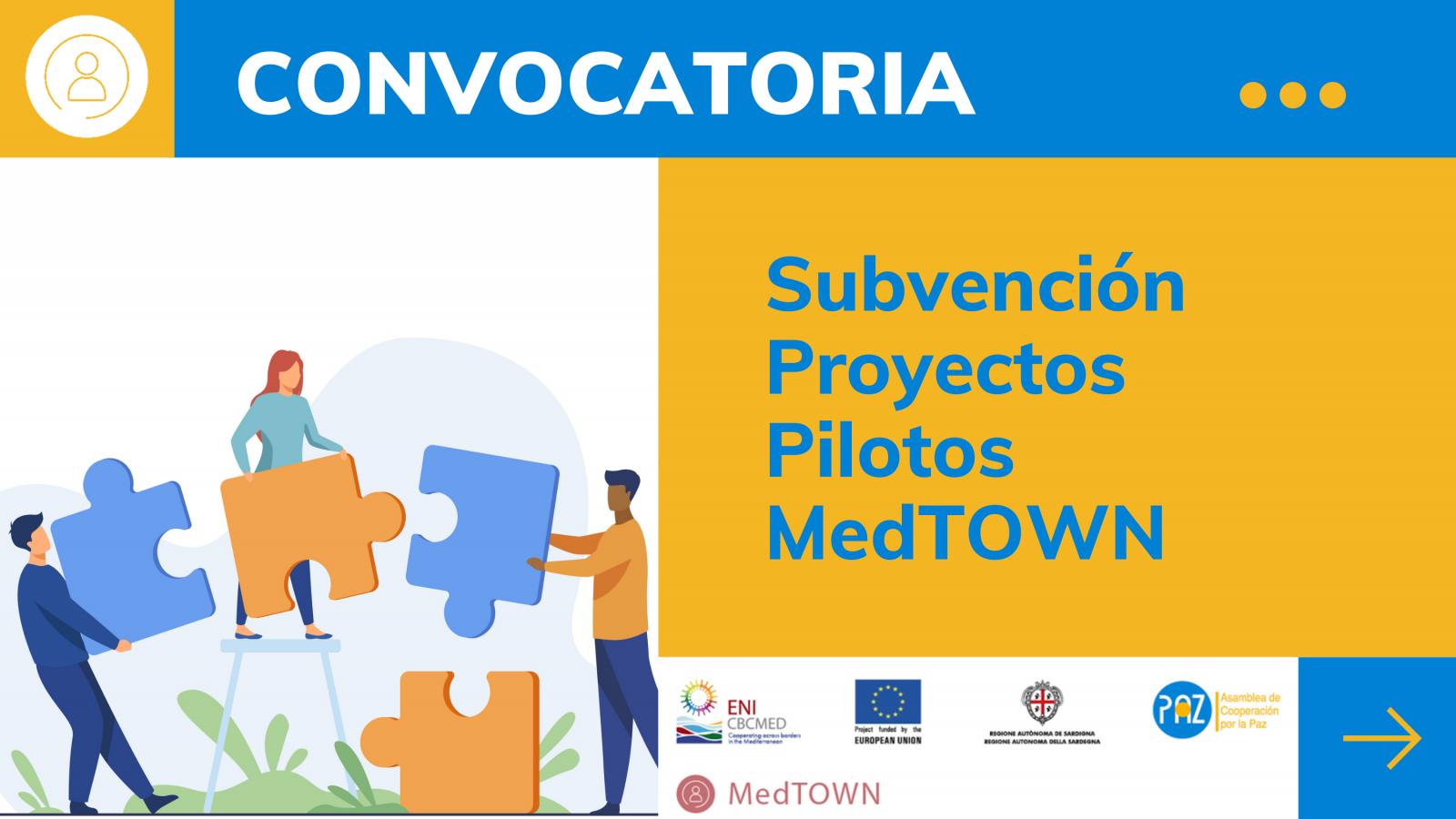 The Assembly for Cooperation for Peace (ACPP), lead beneficiary of MedTOWN project, has published a call for applications to grant a total of 55,000 euros to fund Social and Solidarity Economy (SSE) pilot projects in the provinces of Seville and Huelva (Andalusia, Spain).

The aim of the call is to support co-production initiatives that address poverty, inequality and social exclusion in collaboration with a Social and Solidarity Economy (SSE) entity and a local public authority. The objective is to prove that the co-production model delivers better quality social services and makes public spending more effective and efficient.

Entities within the spectrum of the SSE sector, which have the specific characteristic of producing goods, services and knowledge while pursuing economic and social objectives and fostering solidarity, can apply. The pilot projects must be located in the provinces of Huelva or Seville.

Among the eligible actions for which applications can be submitted are support for the local economy and the Social and Solidarity Economy (SSE), youth employment, family and social care, health care, gender equality, education and training, the technology gap, culture and climate change.

Interested entities and organisations will have until 4 July 2022 to apply and present their proposals, which will then be evaluated by ACPP. The application form, rules of the call and needed documents can be downloaded from the official online platform of the MedTOWN "Community of Practice":

The NGDO Asamblea de Cooperación por la Paz (ACPP) leads MedTOWN, a social initiative aimed at supporting the role and capacities of SSE actors in the fight against poverty, inequality, social exclusion and environmental unsustainability in six Mediterranean countries. With a total budget of 300,000 euros for subgrants, similar calls to finance pilot projects will be launched soon also in Greece, Jordan, Palestine, Portugal and Tunisia.

Calls for proposals
Grants
Projects
Social inclusion
Back to project