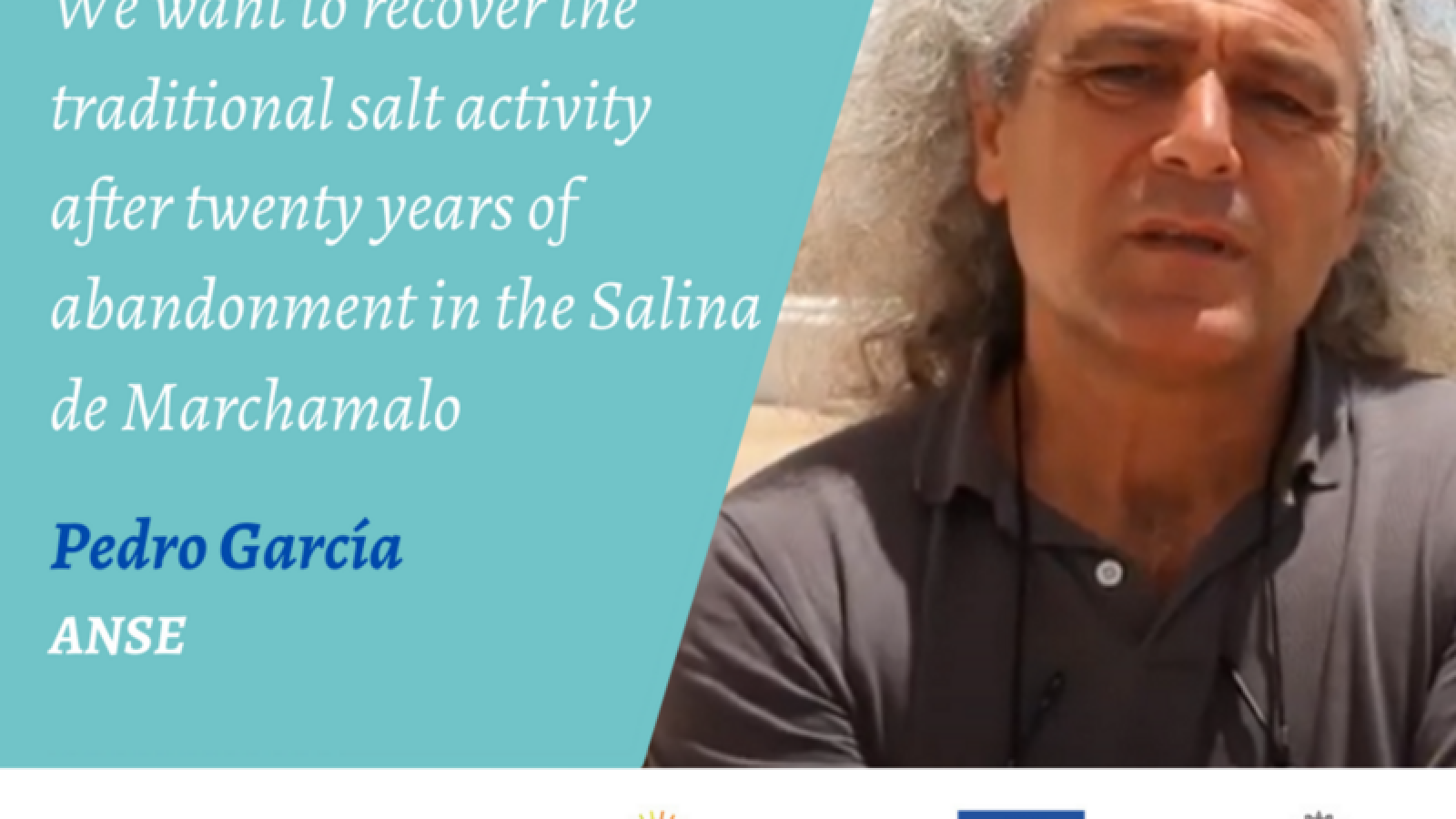 Given the state of abandonment of the Marchamalo saltpans, Asociación de Naturalistas del Sureste (ANSE) obtained a public permit to use the salt-production facility with the aim of recovering its activity alongside with the environmental value of this site. Thanks to the funding granted by MedArtsal, ANSE is launching the first phase of its project, that aims to ensure the supply of water from the Mar Menor to the eastern sector of the salina to flood up to eight hectares, which will make possible to produce salt in the future.

The recovery of the abandoned Marchamalo salina as a starting point

For more than 25 years, ANSE has reported the continuous abandonment and deterioration of the Marchamalo saltpan. This situation has led to a progressive loss of diversity despite the several nature protection categories it is subject to, such as the SPA (Zona de special protection for birds), SAC (Special Conservation Area), RAMSAR wetland or SPAMIs (Specially Protected Area of Importance for the Mediterranean Sea)

For this reason, ANSE took the initiative to acquire, through its Foundation, the eastern sector of the Marchamalo saltpan. With the support of different entities, the association intends to promote the recovery of the salt activity, which is considered one of the most effective tools for wetland recovery.

The ultimate objective is the total restoration of the saltpan in the area to produce salt, creating an itinerary which runs independently from the rest of the salina. This implies actions such as the dredging of salt ponds, restoration of sidewalls, restoration of stone channels or the installation of a pumping station. In addition, the actions are accompanied by a series of activities to promote biodiversity, such as the creation of island for birds, and the rehabilitation of a ship as an interpretation centre for salt and biodiversity.

The project is currently in the phase of recovering the water supply from the Mar Menor. They intend to secure more than eight hectares abandoned for 25 years. Restoring the damaged canals with stone and earthworks with machinery for the recovery of the ponds are among the main works that are being carried out in these months.

Reviving the saltpan is both an environmental and socioeconomic challenge for which ANSE proposes a model of sustainable development based on the production of salt. Sustaining this management model will help to grow and strengthen the ecosystem that naturally develops around marine saltpans.

“In this highly urbanised territory which is surrounded by intensive agriculture and has suffered a drastic biodiversity loss in recent decades, recovering this site is key to maintain the environmental balance of the local populations”, explains Ángel Sallent from ANSE. The recovery of this coastal salina will provide various ecosystem services that will benefit both the local population and visitors. The aim of this project is not only to improve the environmental conditions of the area, but also to contribute to the conservation of cultural heritage and promote a sustainable local economy that creates new opportunities for different sectors, such as gastronomy or ecotourism.