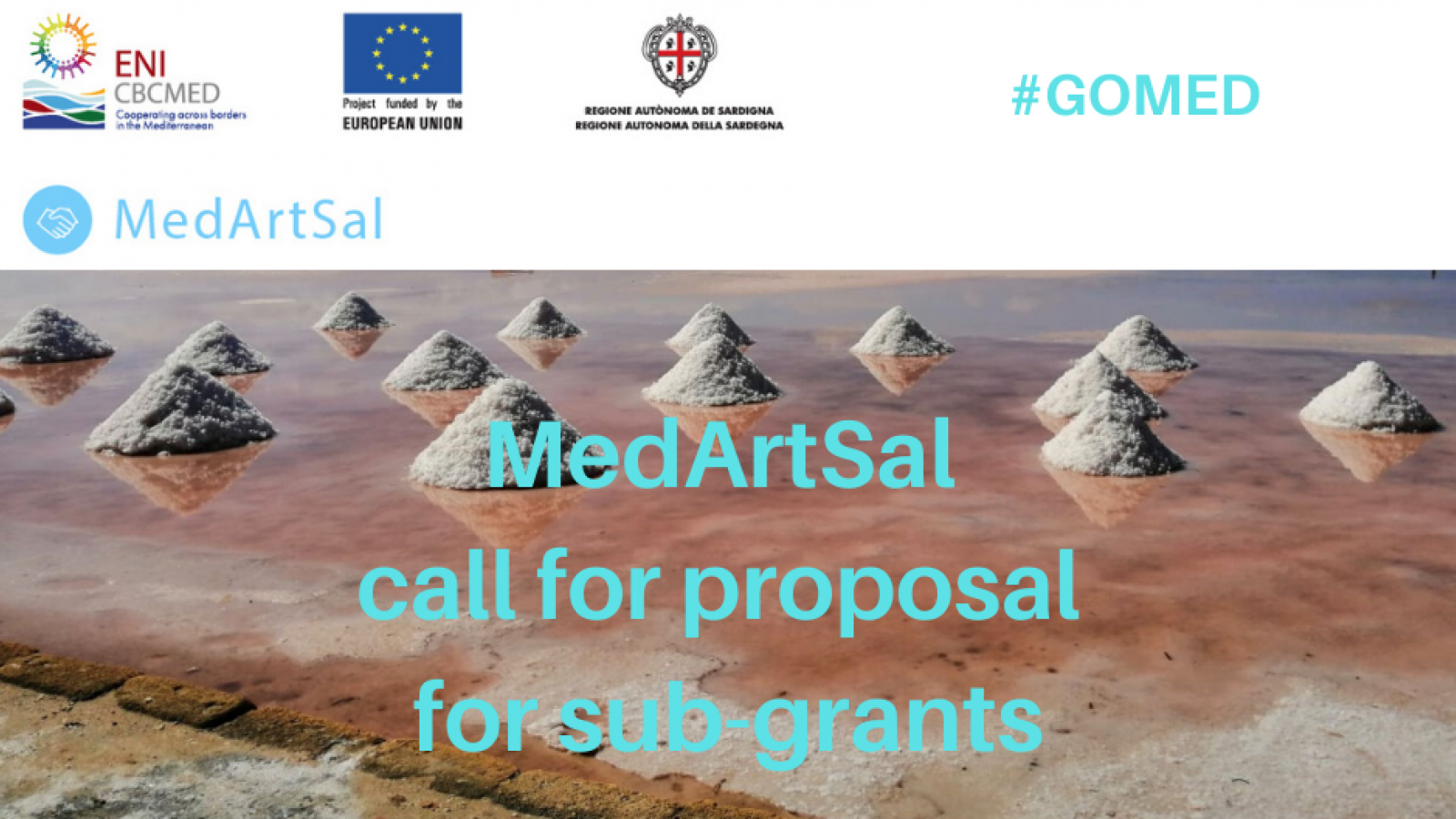 Salinas across the Mediterranean are today facing many pressures due to social values change and economic stresses; the market of their products is subject to strong competition from cheaper land-produced salt and the world trade. Faced with the need to be economically viable, salinas are confronted with the choice of closing, industrializing the production or changing the business orientation towards sustainable tourism and new artisanal products, already successfully experienced. A sustainable salina is the one that uses natural resources to generate economic growth but in a socially and environmentally respectful way, ensuring the use of resources in the future.

The project MedArtSal is funded by the European Union under the ENI CBC Med Programme and promoted in four Med regions (Spain, Italy, Tunisia and Lebanon). The project total budget is € 3.2 million and the EU contribution is € 2.9 million (90%). MedArtSal aims to promote the sustainable development of the artisanal salinas, providing concrete support on economic, environmental and governance issues.

In this context, the project MedArtSal is issuing calls for proposals for sub-grants aiming at selecting and implementing actions/activities to support salinas owners or managers in increasing the sustainability of their salinas. Eligible activities under the calls foster the salinas’ local economic development based on a sustainable salt production and development of new products/services, while preserving the local environmental and cultural values.

The overall call for proposal for sub-grants covers the four project countries (Italy, Spain, Lebanon and Tunisia) for a total budget of € 480.000. Four sub-grant calls for proposals country-based and in national languages are issued in order to define actions/activities that better fit with national contexts.

Sub-grant call for proposals for Italy [IT]

Applications have to be received by no later than 12 April 2021 6pm local time. (EXTENDED)

Important! A webinar is going to be organized in February to support the applicants in their participation to the call-for proposal. More information on the date and subscription will be provided soon.

Business
Grants
Projects
Back to project