Epimorfotiki Kilkis sm LLC (Lead Beneficiary from Greece) had the opportunity to host in the small but active city of Kilkis in Greece the members of the project coordination team and representatives of the "Living Labs" in the partner countries. From 29 March 2022 to 01 April 2022, the MED-QUAD project team met for the first time in Greece and held the 2nd coordination meeting of the project. The purpose of the meeting was to develop the framework of activities of living laboratories, city development groups (CDGs), and Civic University's role, which is based on the Quadruple Helix (QH) approach to innovation, i.e., strengthening cooperation between universities, business, local government, and society. The MED-QUAD project has created city development groups consisting of representatives of the Quadruple Helix who participate in actions offering their know-how to society. City development groups aim to raise public awareness and strengthen cooperation between universities and the community.

As part of the MED-QUAD project, the partners set up two live laboratories in each country with special equipment of high technology and value that will offer tangible results from scientific research for a more comprehensive social benefit. The first living laboratory concerns the "Smart Water Use Applications-SWUAP" and the second the "Applied Research for Cultural Heritage Exploitation (ARCHEO)".

The successful meeting of the project was attended by 14 representatives from Universities in Italy, Egypt, Jordan, Tunisia, and Palestine and 13 representatives from the Epimorfotiki Kilkis sm LLC and the International University of Greece (IHU). Through targeted discussions about the needs of the project and the educational visits, each country's everyday problems and particularities were recorded, but mainly the ties of the typical Mediterranean heritage and the will for a joint, collaborative search for solutions to existing problems. Discussions and exchange of knowledge and experiences focused on water management and the promotion of cultural heritage through innovation.

In addition to the management and financial issues of the actions, the steering committee discussed the context of end-user testing of the living labs and the procedure for the creation of patents, trademarks, and prototypes. The wider dissemination of the activities of the MED-QUAD project was another topic of discussion so that the key actors of the Quadruple Helix approach fully understand the usefulness and value of the results.

The Director of Epimorfotiki Kilkis sm LLC, Mr. Panagiotis Amoiridis, welcomed the representatives of the project and congratulated them for their active participation in the MED-QUAD project. Οn behalf of the Municipality of Kilkis, the Mayor of Kilkis Mr. Dimitrios Kyriakidis, greeted the works and efforts of the Steering Committee at the beginning of the meeting. The Municipality of Kilkis is an associated partner of the project for Greece. (Associating partners in partner countries actively participate by taking on specific roles and activities concerning their experience and know-how).

During the meeting, the participants visited the International Hellenic University (IHU)  department in Kilkis, where the Greek City Development Group (CDG) was established.

Furthermore, the participants visited the Municipal Water Supply and Sewerage Company of Kilkis (DEYAK) and the Department of sewage treatment facilities.

In addition, the participants visited the Municipal Water Supply and Sewerage Company of Kilkis (DEYAK) and the Wastewater Treatment Unit, where the Living Lab on water  (SWUAP) operates. Then the participants had the opportunity to be guided by the Deputy Mayor of Kilkis Mr. Themis Kosmidis, to the Cave on the hill of Ag. Georgiou in Kilkis, where it will be a research field of the Live Lab for digital mapping and virtual and augmented reality technologies.

On the last day of the meeting, additional activities of cultural content and tours were carried out in Thessaloniki, the most important administrative, cultural, and business center in northern Greece.

At the same time, the International Hellenic University, in collaboration with Epimorfotiki Kilkis sm LLC, organized an International Seminar on the "Civic University" and its role in the Quadruple Helix approach for innovative development. 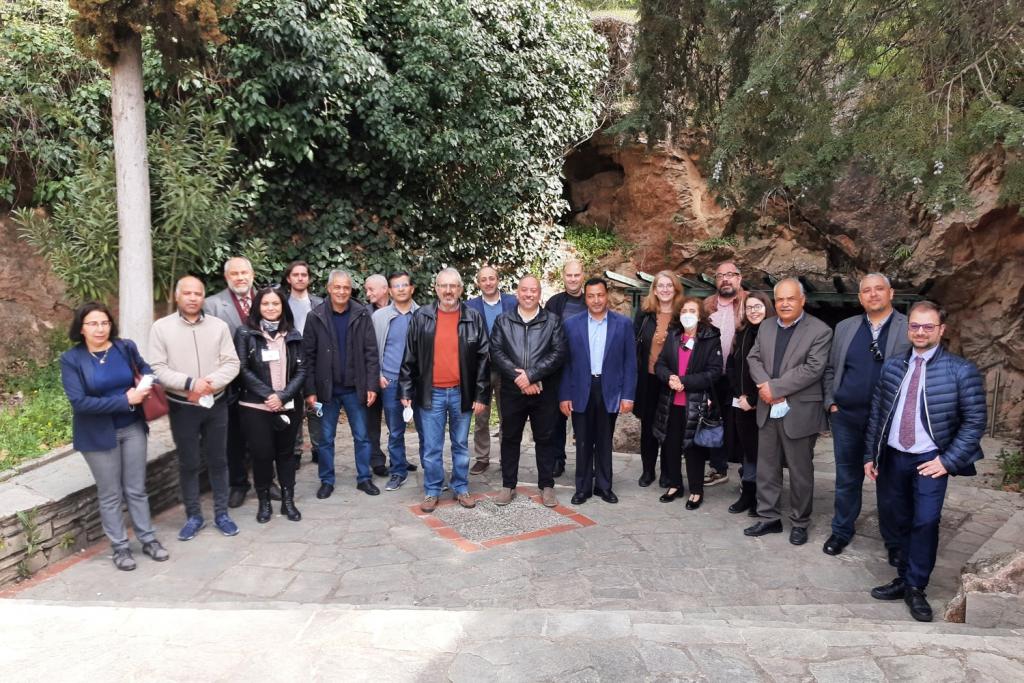 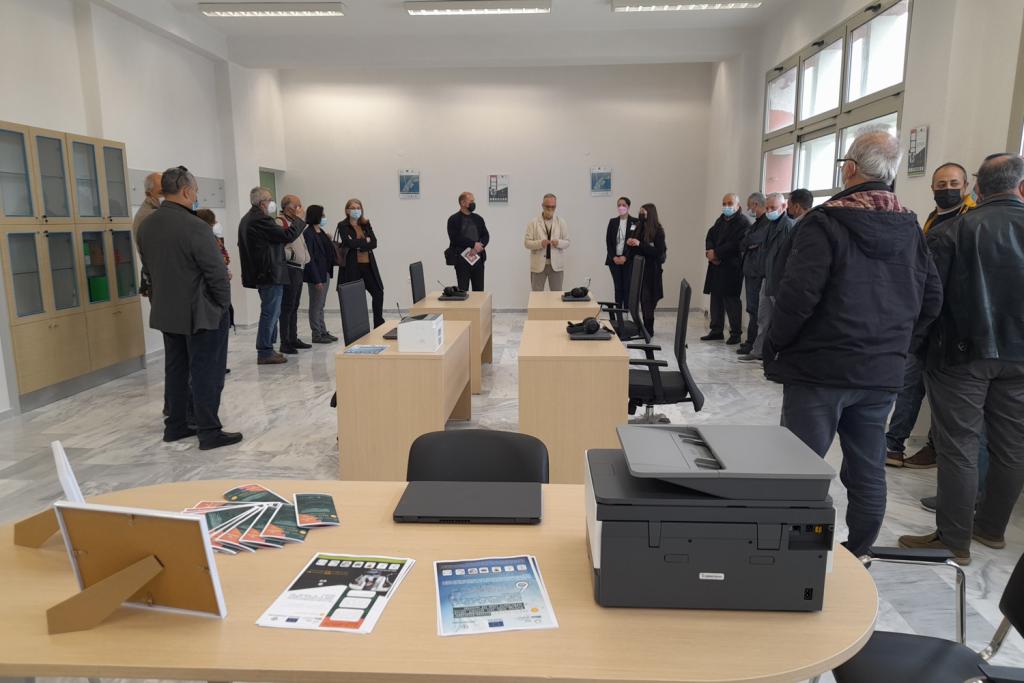 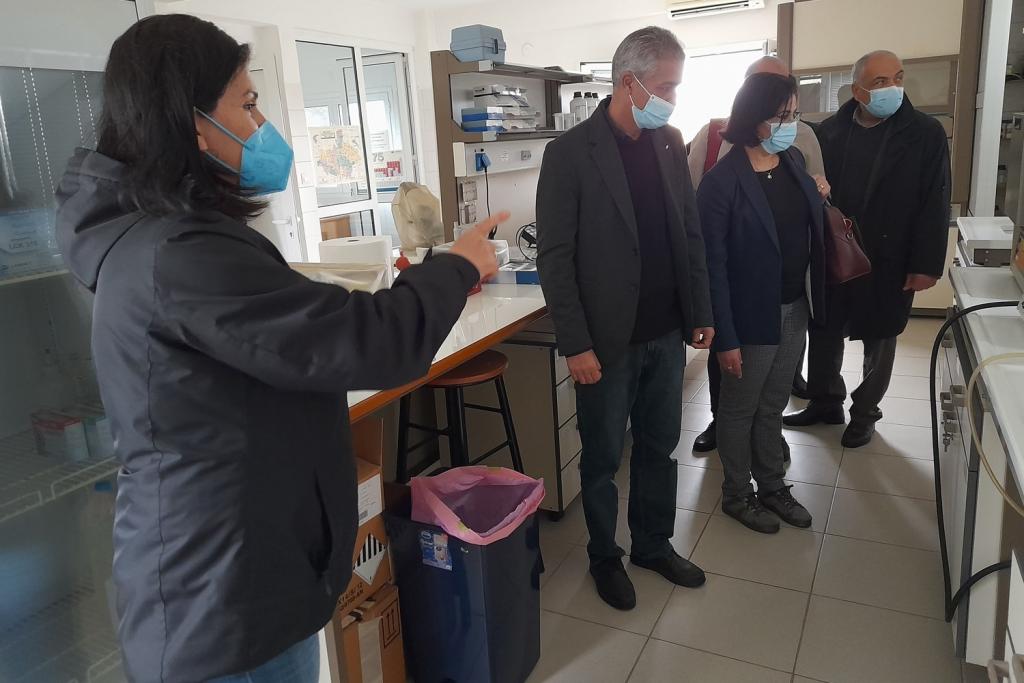