The MED GAIMS project is attempting to take tourists back in time to the ancient city of Gadara, Jordan 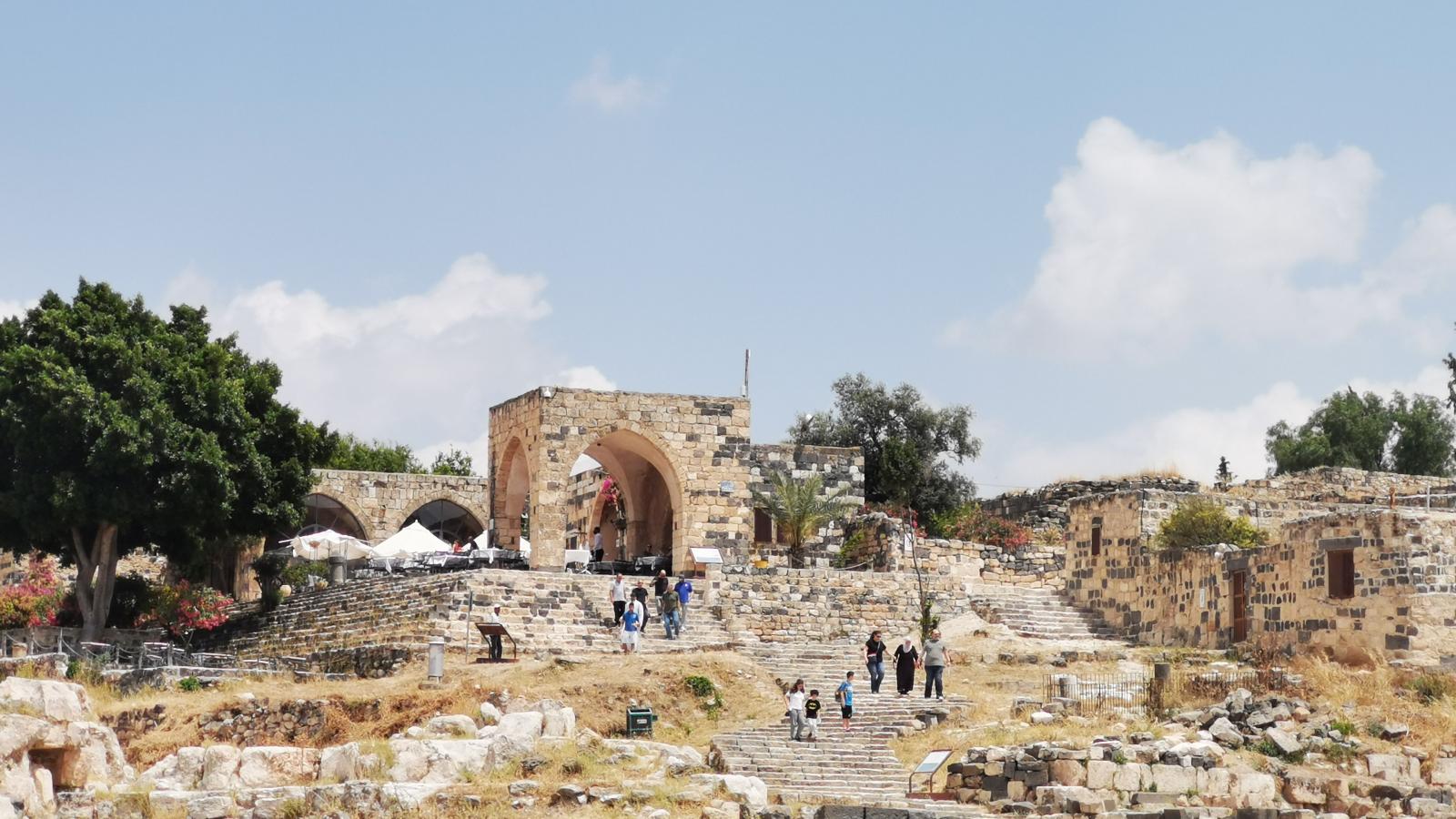 Jordan University of Science and Technology (JUST) in collaboration with Mediterranean partners from Lebanon, Italy, and Spain have launched the MED GAIMS project in September 2019. The gamification-oriented project targets two historic sites in Jordan which Umm Qais is one of them. Umm-Qais not only represents an integration of natural and human forces, but also a composite of landscape elements. It is a combination of stratigraphy of a variety of historic periods including Roman Byzantine, Islamic and ottoman. In such dynamic systems, there is a permanent element of growth, adjustment, and development. While historic destinations normally derives their primary significance from a particular historic period, alterations or additions may achieve a significance of their own. The Greeks were the first to marvel at the breathtaking view and established their acropolis at the site. Later came the Roman Byzantine and developed the site into Gadara, one of the cities of the Decapolis (See figure below). Lastly,  came the Ottomans adding to the site their own marks before we ended up with the current town of Umm Qais.

The Greco-Roman ruins are of great importance to the site due to the fact that these remains exhibit main features of an integrated Roman city in the aspects of city planning, monuments, and artistic works, yet with the distinctive feature of basalt stone as the building block. The Byzantine part of the city is clearly dominant, such as the octagonal church at the side of the Cardo Street which is astonishing in its style and its dark basalt stone. Another significant part of the city is the Ottoman village. Whenever attempting to present such distinctive parts of the city, we always wish to emphasize their original values from a historic point of view.  Therefore, continuous rehabilitation projects are launched to establish the most advantageous attraction in the region.

With a site rich in historical layers and monuments, tourists need to go outside of a standard sightseeing or museum-going itinerary if to understand the relation between layers of civilizations and people. Complicated relations, small details, and time-related aspects all require depth involvement and full engagement of tourists with the site. Untraditional approach, such as gamification-based tourism, would develop an emotional connection with Umm Qais and create authentic experience with the site that goes beyond a simple seeing of its ruins.

Technologies and creativity can come together in gamification to create lasting memories, better education, and fun, in support of tourism. Gamification would encourage tourists to explore more places in any given tourist destination with more positive and memorable experience. Moreover, the tourists would tend to stay longer, to make return visits, to talk about it with friends and family directly and on social media. The games’ designs should demonstrate features that encourage such tendency. For example by making it easy to share photos or game results with a single tap on the player’s smartphone. Gamification is exhibiting a potential revolution in cultural and historic site tourism. MED GAIMS is bringing this revolution to Umm Qais.