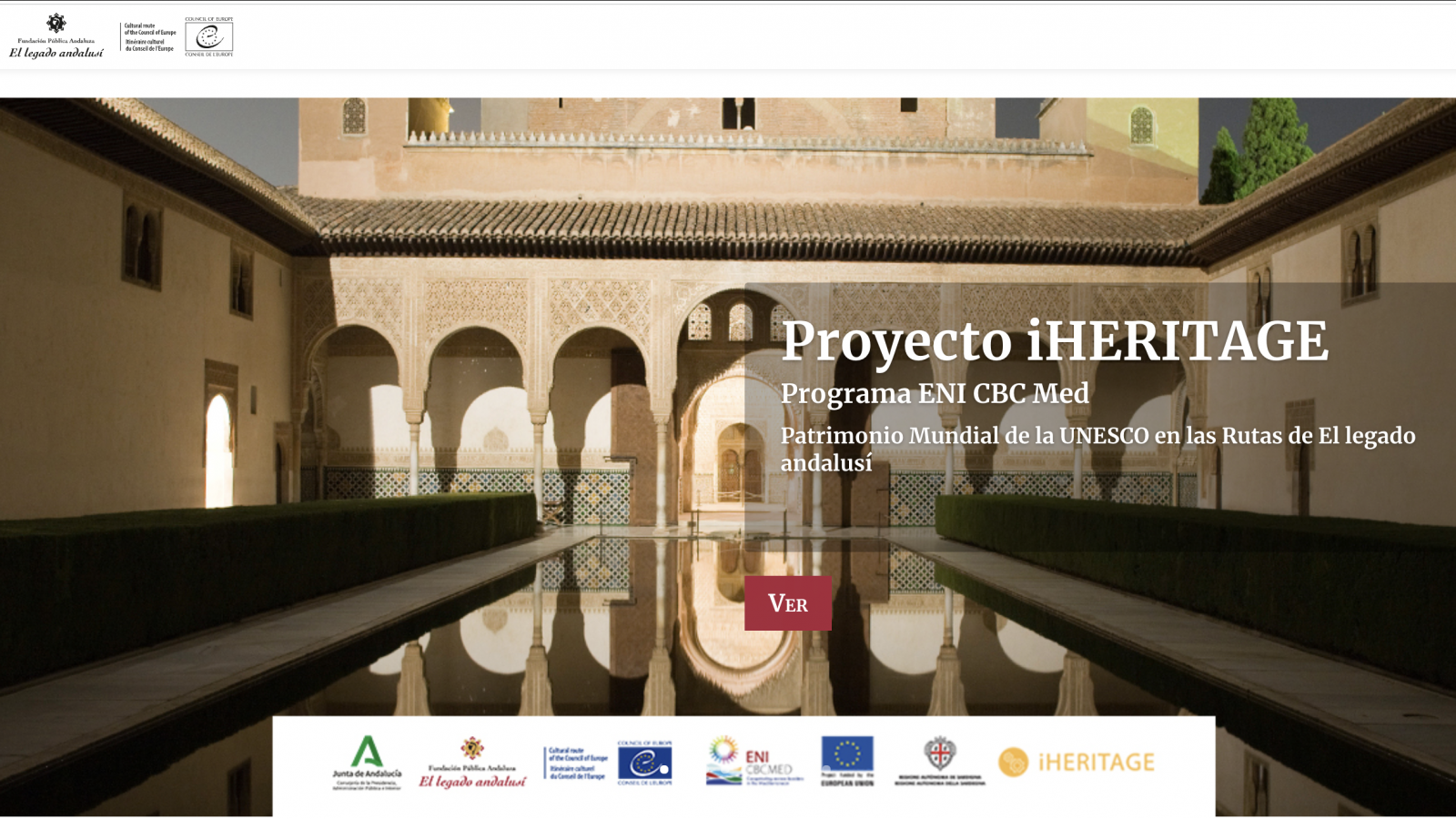 El Legado andalusí Andalusian Public Foundation launches its landing page (https://www.legadoandalusi.es) for the iHERITAGE project in order to collect contents, contributions, and any progress made towards the achievement of the specific and joint results foreseen by the project. The landing page, available in both English and Spanish, is a platform that is accessed through an immersive banner also created for this purpose that is visible and executable from El Legado andalusí's social networks and that has been designed for viewing on all devices including Mac, PC, iPhone, iPad and Android in any browser.

One of the many activities El Legado andalusí has scheduled, among other major events, is the organization of an exhibition featuring holographic elements and virtual archaeological reconstructions of monuments declared World Heritage by UNESCO, which will make use of cutting-edge technology and embrace augmented reality, as part of the Project, which will run until 2023.

In addition, the project envisions the development of the first Register of Intangible Elements of Mediterranean Cultural Heritage, which will consist of a shared inventory of intangible heritage proclaimed World Heritage by UNESCO on a website that will house contributions from all participating nations. In this regard, El Legado Andalusia's role in providing all information on the intangible heritage acquired in the autonomous region of Andalusia would be critical. All of these contributions will be collected and updated as they become available on this landing page, which can already be seen on the Foundation's official website, administered by Mrs. Mª Concepción de Santa Ana.

With two down and four more to go, we are now looking forward to the launch of four more landing pages from the participating Mediterranean countries, which will serve one of the project's main objectives by significantly and contemporarily improving access to UNESCO world heritage from anywhere around the world!