iHERITAGE Italy at the "Disseminating Science via Virtual and Augmented Reality: New Frontiers and Challenges" Exhibition 2022 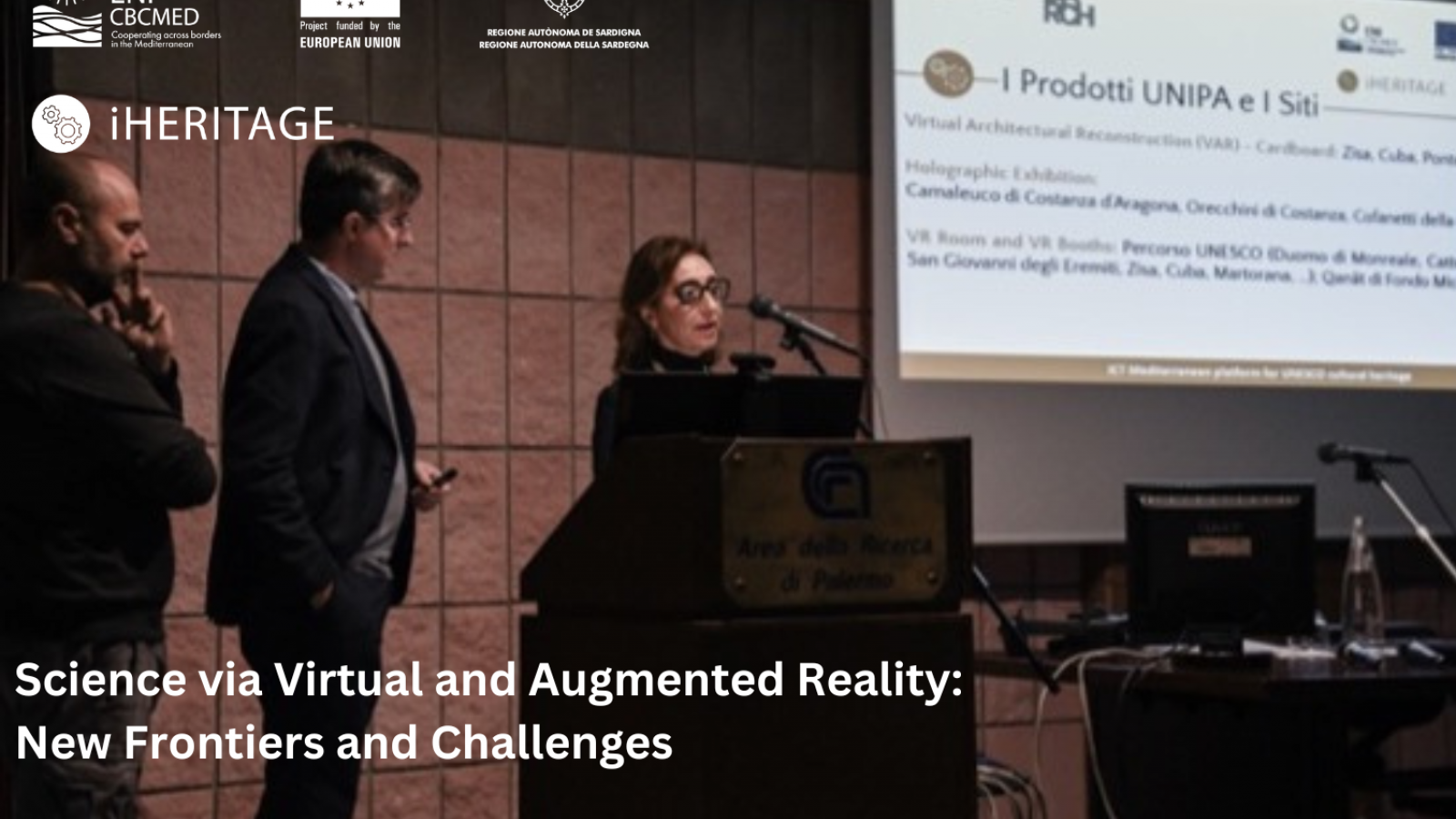 Researchers from the University of Palermo (UNIPA), an iHERITAGE Project Partner in Italy, presented the project and the Virtual and Augmented Reality products developed as part of it at the “Disseminating Science via Virtual and Augmented Reality: New Frontiers and Challenges" Exhibition held in Palermo from November 28th to December 2nd, 2022, during a session titled “Augmented and Virtual Reality for Public, Territory And the Enhancement of Cultural Heritage”

The Palermo Royal Observatory, the Italian National Institute for Astrophysics (INAF), the Italian Research Council's Centre for High Performance Computing and Networks (CNR-ICAR), CINECA's VisitLab, and the Euro-mediterranean Institute for Science and Technology (IEMEST) collaborated to create a Virtual Reality station for the Exhibition promoting iHERITAGE innovative products such as holograms.

The exhibition provided an opportunity for discussion among research institutions, universities, schools, public and private institutions, and companies operating in the sector to assess the use of new technologies for science communication and dissemination and to promote an exchange of experiences on research, best practices, activities, ideas, and projects, such as iHERITAGE, in the fields of communication, teaching, and scientific dissemination, through virtual reality, augmented reality, robotics and educational robotics and ICT in general, also in connection with transversal themes..