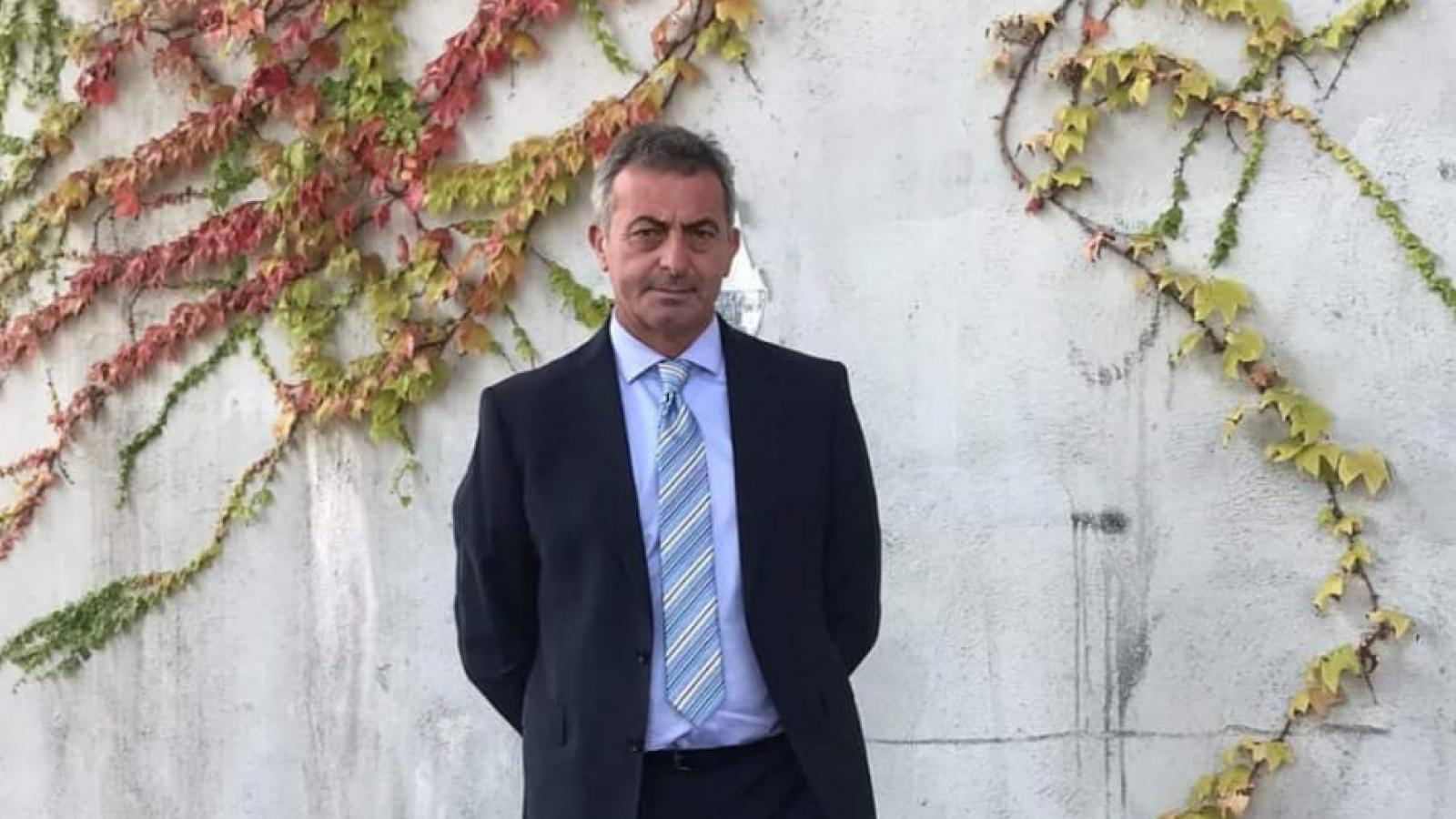 Domenico Zeoli is an agricultural entrepreneur, owner of the “Masseria Zeoli”, an enterprise belonging to a family of olive growers, who since 1928, has been following through five generations, the production of oil in all its phases. Company's olive groves are located in Molise (Italy), in the municipality of Larino, and have been chosen by the University of Molise for the implementation of the experimental activities in a wide area site under the FruitFlyNet-ii project, aimed at commercialization of an automated monitoring and control system for the olive fruit fly.

Interviewed by the University of Molise team

-How long have you been working with olives?

Since I was a child, as my grandfather was already an olive grower.

-Can you describe the company to us?

My farm covers about 18 hectares, entirely devoted to olives for oil. There are two cultivars, 'Gentile di Larino' and 'Peranzana'; it is an olive grove that is about 30 years old and has been organic since 1992. The form of cultivation chosen is the 'monocone', while the planting distances are 6 x 6 and 6 x 5. There is no irrigation system, the olive grove is dry. There is also an oil mill on the farm; the olives are pressed within an hour from the moment they are picked in the field. I manage to produce an oil with minimal acidity and a very high polyphenol content. It's a pity that in our areas we still like sweet, low-quality oil rather than bitter, spicy oil.

-Phytophagous are insects that feed on green plants by attacking their roots, stems, leaves, flowers and fruits. Which specie causes the most serious problems to the olive grove and how do you manage to control it?

I remember that in the 1970s there was a very serious attack by the half-peppercorn mealybug (Saissetia oleae) that caused enormous damages; today, however, the most damaging phytophagous is the olive fruit fly, which I monitor with traps activated with pheromone (one trap per hectare), checked weekly; I periodically sample the olives because, often, there is no correlation between the number of catches in the traps and the actual damage on them. In addition, to prevent damages, I intervene anticipating the time of harvesting: in recent years the harvesting has been earlier than in the past (end of October/beginning of November compared to December/January 50 years ago), but if we face a year with a strong attack, the harvest is even earlier (early/mid October). 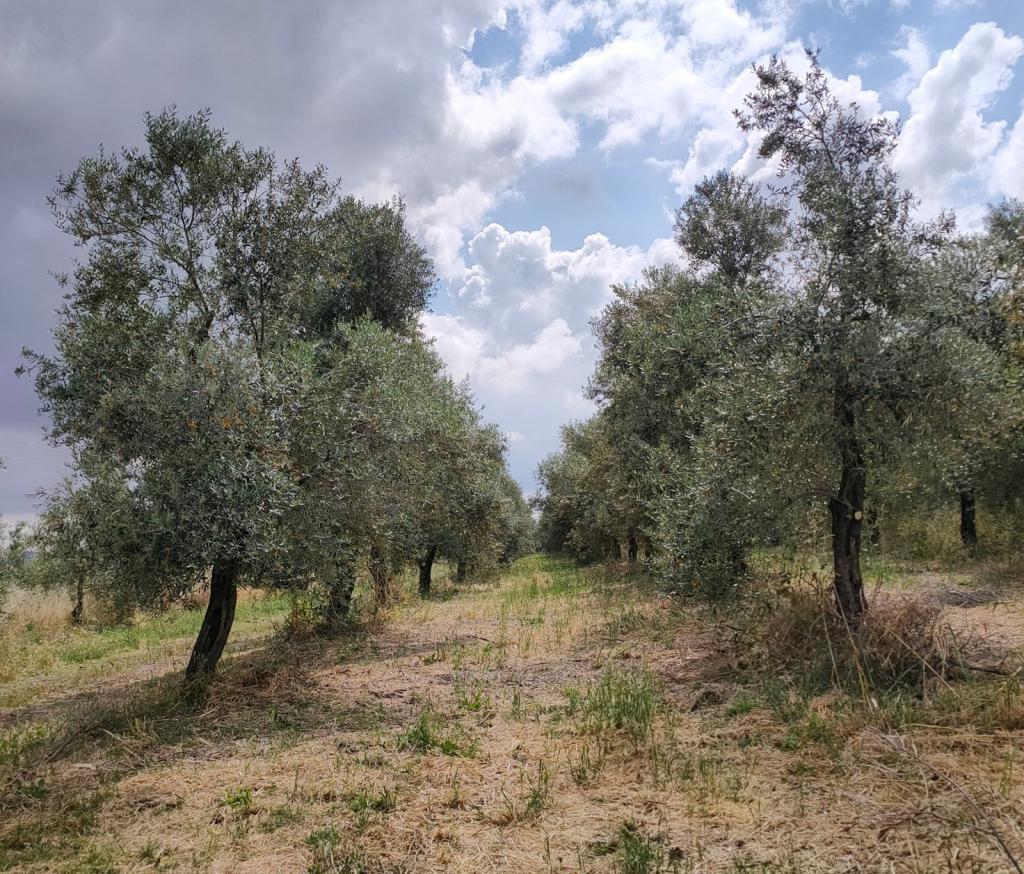 -What levels of infestation are usually reached?

Fortunately, in recent years the levels of infestation are quite low, but in 2014 there was a strong attack, more than 25-30%, and we had considerable losses.

-What products do you use to control Bactrocera oleae and, above all, when do you intervene?

Before the farm was converted to organic farming I used dimethoate, but since 1992 I have been carrying out preventive treatments with copper, Spinosad and Kaolin pest control treatments. I do not always intervene when the intervention threshold of 10% is reached, because a lot depends on the phenological stage we are in and the weather conditions. If there are a lot of catches in the traps, the drupes are already present but still too small, I don't intervene because the damage will be irrelevant; if there are a lot of catches and the drupes have already reached a certain size, but there are temperatures approaching 40°C, I don't intervene because it will be the heat stress that will lower the fly population”. I also tried wheat flour instead of kaolin, with good results, maybe because, in my opinion, flour adheres better to the drupes.

-Did the flour not allow fungus to develop?

No, from what I have seen in my olive grove, there have been no such problems, probably because it is used in the middle of summer, the high temperatures may not have allowed fungus to develop. However, it would be important to set up a scientific experiment to verify my empirical experiences. This is one of the reasons to start collaboration with the University of Molise in this project. I hope this collaboration will be strengthened in the future.

-What equipment do you use for treatments?

I have a tractor with a sprayer. I think the sprayer is better than the atomiser because the very small size of the particles that are sprayed allows the product to adhere better to drupes and leaves.

-And how do you harvest?

Harvesting is done mechanically with a shaker. A tree is harvested in 30 seconds. In one day, we manage to harvest around 900 trees.

-Do vibrations cause damage to the trees?

Absolutely not. We have been harvesting these trees mechanically for 27 years and, as you can see, they are doing very well.

-Have you ever been supported in deciding the best time for treatment?

For years I have been part of a number of cooperatives which, using the data obtained from monitoring with traps and meteorological data (there is a weather station near the farm), produced Decision Support Systems, which allowed me to understand when to intervene; however, they were not very precise systems. 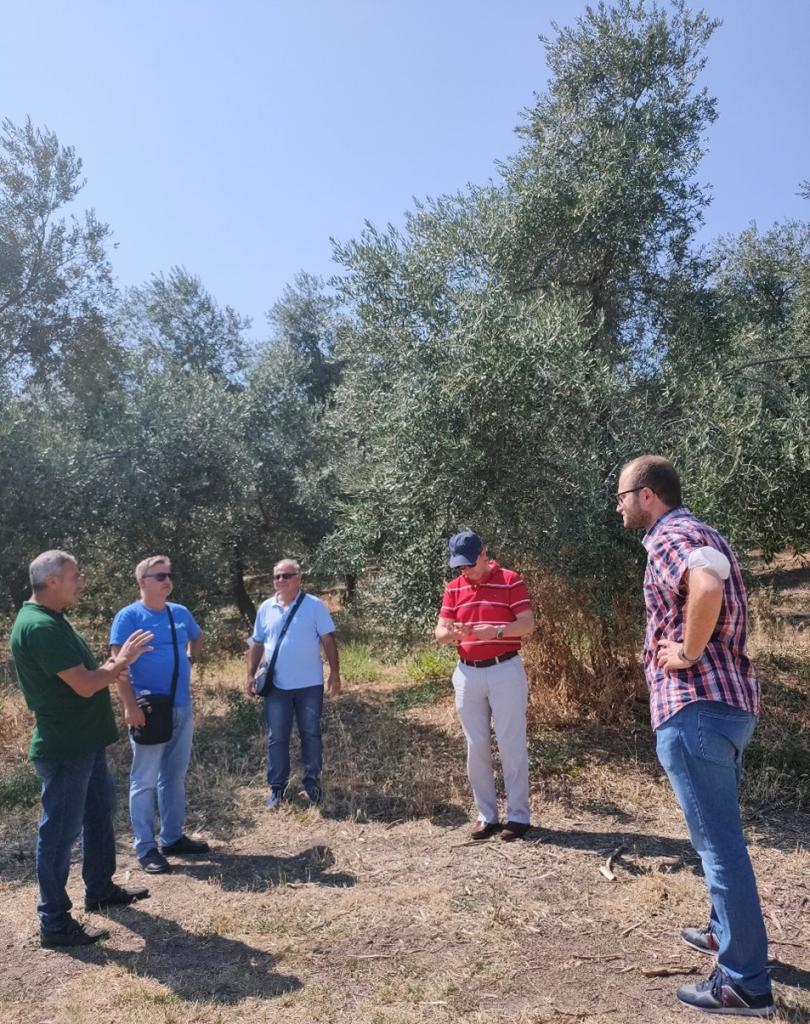 -Were they automated systems?

No, unfortunately they were manual systems, yellow delta traps were used and counting was done manually.

-Are you happy that your company was chosen as the experimental site for the FruitFlyNet-ii project?

Yes, I'm happy and proud because I'm a great believer in science, research and experimentation. I'm also in favour of technological innovation, so I'm curious to find out how the electronic traps you're going to set up work. Being electronic, they will certainly save time when it comes to checking for catches.

Not only that, but our aim is also to be able to create a Desicion Support System that is as punctual, precise and reliable as possible, using the catch data collected daily and the meteorological data.

This is very important, as it will allow us to save money as well, by only treating where and when it is necessary.

-In your opinion, what are the problem for olive growers in the Molise region?

-In Molise there are a lot of olive groves, but most of them have a size of 0.5/1 ha; just think that my company is the second largest in the whole region. Another problem is the strong individualism that characterises every farm, even if it is very small. There is a lack of cooperation, a lack of willingness to create cooperatives in order to achieve big goals. Everyone aims to earn more than the other without thinking of earning together.