The biodiversity of our food is in danger

Since the 1990s, 75% of agricultural crop varieties have disappeared and three quarters of the world’s food come from only 12 plant and five animal species. This loss has direct consequences on the food we eat. Out of around 30,000 edible natural species, just 30 crops provide for 95% of the entire world’s nutritional requirements. Of these 30, wheat, rice and corn provide more than 60% of the calories consumed worldwide.

We must reverse this trend.  As well as a cultural revolution that changes our way of living and consuming, we urgently need to safeguard the enormous heritage of biodiversity that we still have.

The Slow Food’s Ark of Taste travels the world collecting small-scale quality productions that belong to the cultures, history and traditions of the entire planet, pointing out their existence, drawing attention to the risk of their extinction within a few generations and inviting everyone to take action to help protect them. In some cases, this might be by buying and consuming them, in some by telling their story and supporting their producers, and in others, such as the case of endangered wild species, this might mean eating less or none of them in order to preserve them and favor their reproduction.

Thanks to the contribution of many people, in Spain more than 270 products have been catalogued so far. Among these there are also particular products, which tell the traditions and history of an entire culture. Like, for example, the Pan de Almoharín (Extremadura), a round bread with a central hole made with flour, figs and aniseed. It is made and eaten on June 13, the day in which the traditional Fiesta de la Maza is held in honour of Saint Anthony. Nowadays there is only one producer who keeps the recipe and who produces about 600 loaves each.

Or the Tap de Cortí red chilli: traditionally, chilli plants were grown mainly in the Balearic villages of Pòrtol, Santa María del Camí and Sant Jordi, as well as in Llucmajor, Campos, Muro, Sant Joan, Felanitx and Manacor, all of them located in the island of Mallorca. The façades of houses in these villages were typically covered by hundreds of garlands – or “enfilalls” – of chillies left out in the sun. Nails can still be found on some of these façades, although it is about 25-30 years that walls covered by chillies are no longer seen.

But there is still a long way to go. So, we have set ourselves an ambitious goal: to board thousands of products on the Ark, tracking them down in every corner of the planet.

The aim of the MedSNAIL project is to tackle these issues by fostering the valorization and development of small-scale traditional agro-food value chains, combining enhancement of market potentialities and socio-environmental sustainability. Project activities will build on the well-established experience, principles and methods of Slow Food, an international grassroots organization promoting traditional food with a strong focus on biodiversity preservation. 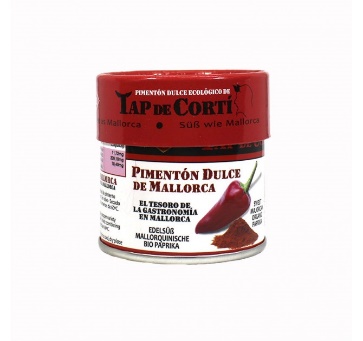