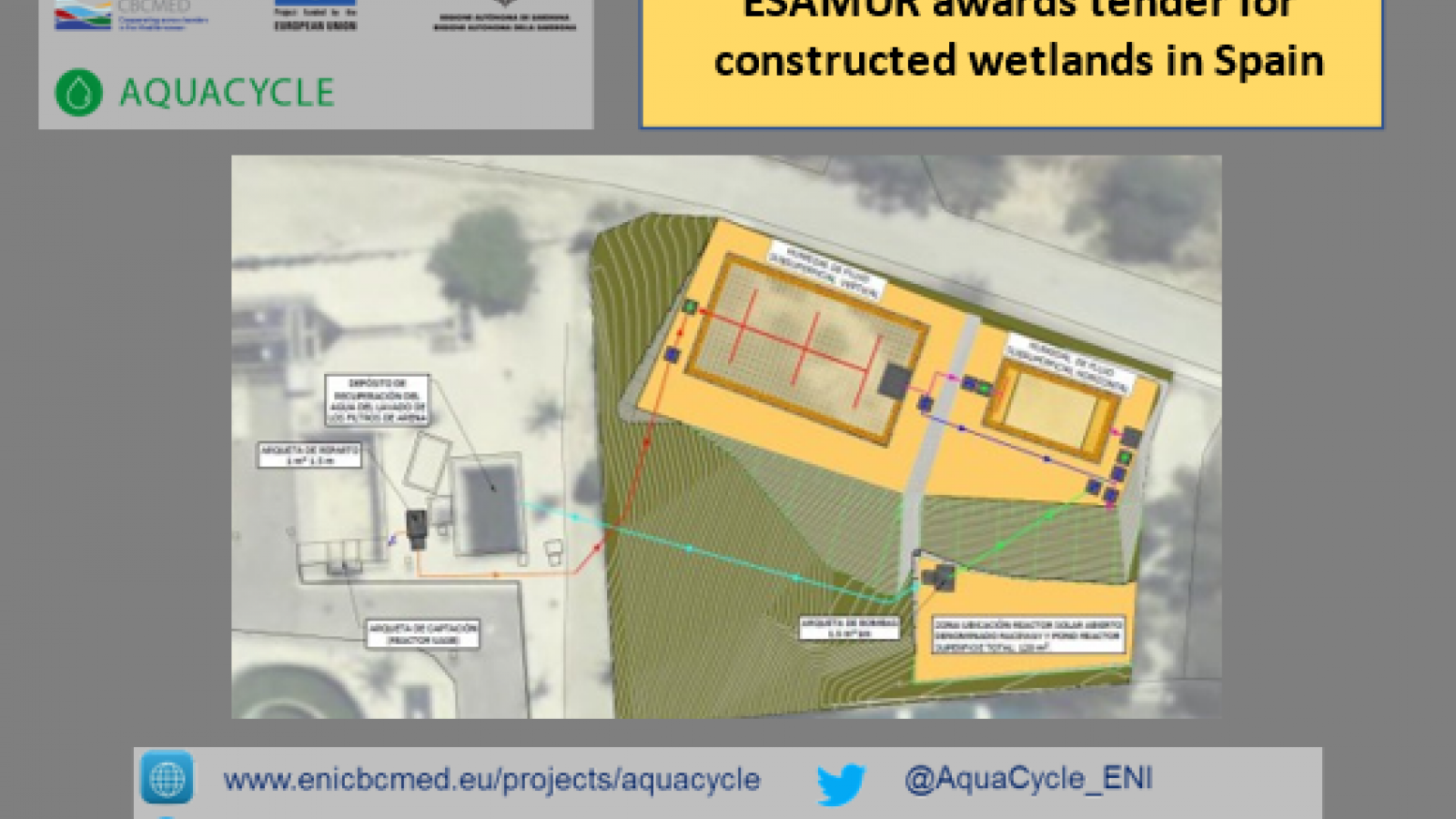 On 28 April 2021, representatives from the Regional Entity for Wastewater Sanitation and Treatment in Murcia (ESAMUR) in the AQUACYCLE partnership and of the Spanish company Riegos Murcia S.L. met up at the Blanca Wastewater Treatment Plant to officially launch the start-of-works for the construction of two wetlands which will be added to the existing plant.

The constructed wetlands will be connected to an existing anaerobic reactor and an experimental solar reactor for which a separate tender has been issued. Their construction is foreseen to completed within 3 months.

The 3 components of AQUACYCLE’s eco-innovative wastewater treatment system consist of: (1) an anaerobic digestion unit, (2) one or more constructed wetlands and (3) a solar treatment reactor for water disinfection and the photocatalytic oxidation of persistent organic pollutants.

ESAMUR had received 4 offers for the tender to construct two subsurface flow wetlands at the Blanca Wastewater Treatment Plant, which was launched in February 2021.