Discover the Med Pearls destinations: Ribera d’Ebre, the land of the Ebro River. 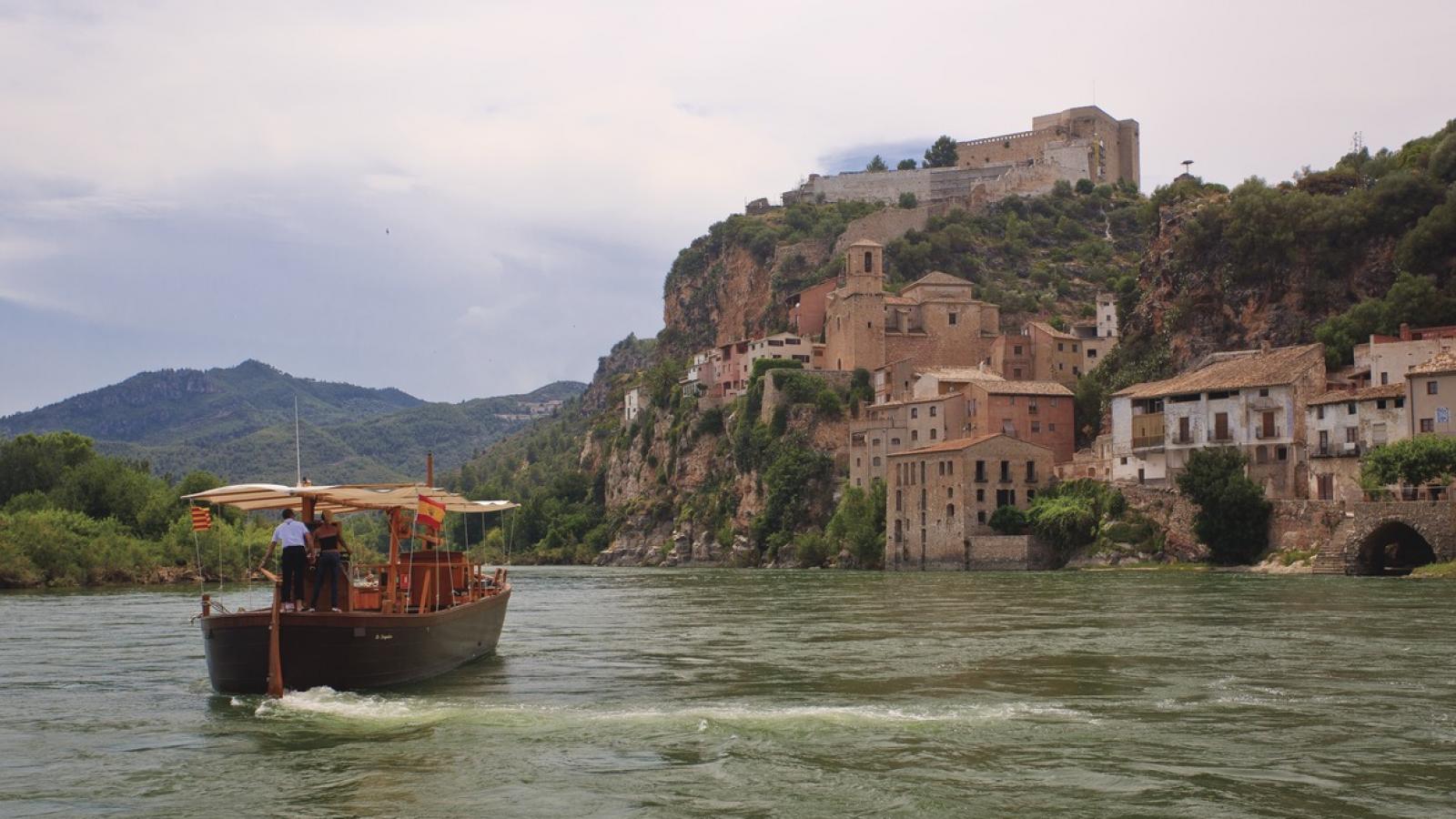 Ribera d’Ebre is a county in the south Catalonia where the Ebro River, the largest river in the Iberian Peninsula, has marked its history, the landscape, and the culture of its people. Located in the region of Terres de l’Ebre, a Biosphere Reserve declared by the UNESCO, and the inner countryside of the coastal province of Tarragona, the region has an extension of 827.3 square kilometres, many distinct villages blushing with life, and diverse landscapes influenced by the Mediterranean climate. Furthermore, the main river influences the wet and fertile valleys of the region, that together with its special climatology have given Ribera d’Ebre a strong agricultural tradition with high quality local products like almonds, olive and fruit trees. Thus, a great destination to discover and to practice Slow Tourism. 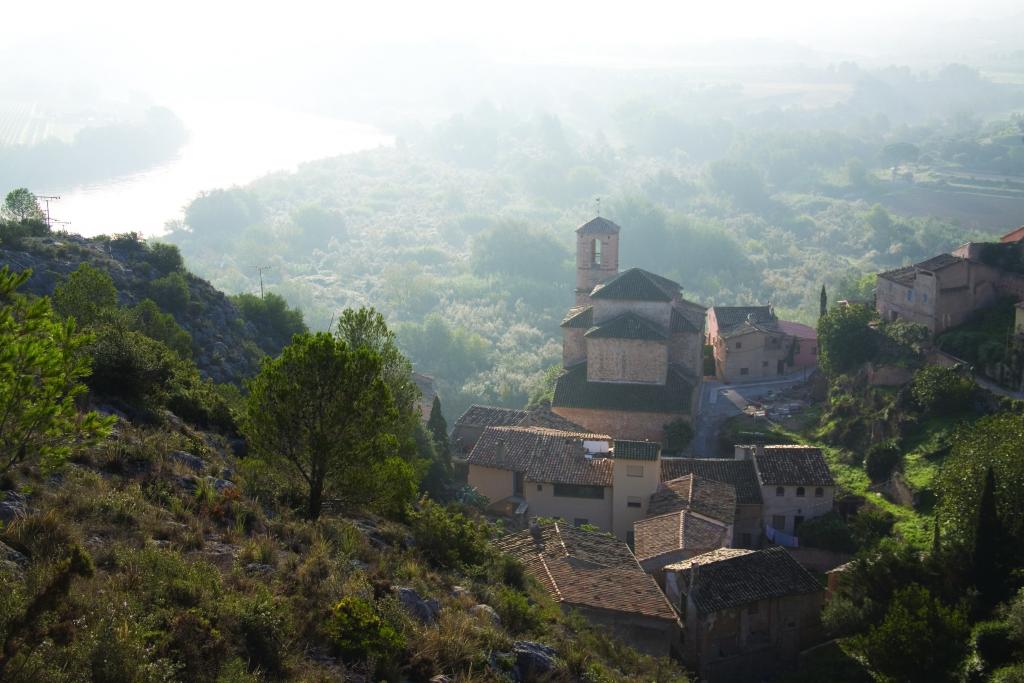 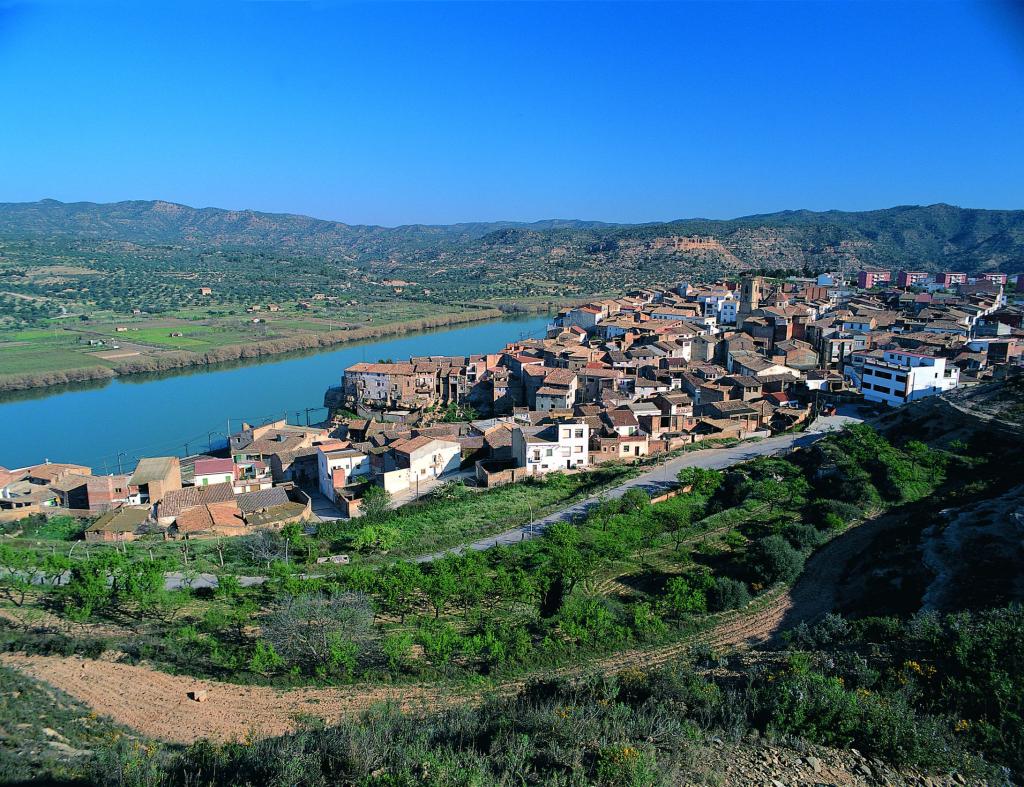 The Ebro River opens out on both sides of the county, meandering around river islands and wedging between the mountains ranges of the Catalan Pre-littoral Range. There, travellers will enjoy exploring important locations like the entrance points of Pas de l'Ase, at Garcia, and Barrufemes, at Miravet. Between them, the river gently flows through the plains of the Mora Basin, the flattest part of the territory, dressed by a carpet of flowering fruit orchards and edged by the mountains of Cavalls, Pàndols de Cardó and Picossa. Making thus a rugged terrain that brings diversity to the landscape’s region. Furthermore, the Mediterranean climate of the county also generates a variety of sceneries and forests worth discovering.

This diversity will enthuse all kind of travellers. They will be able to observe the changing colours of the landscapes with every season and visit natural reserves like the Nature Reserve of Seves, or practice birdwatching during the birds migration and wintering periods. But there’s more. Hiking and cycling lovers will be able to enjoy the different routes through diverse natural attractions: the Riba-roja d'Ebre Natural Interest Area to the north, the protected natural area of the Llaberia Mountain Range with its extensive network of hiking and mountain bike trails, the Cardó mountains that boast a historical convent and bathing complex located on top of a cliff, or the GR-99. The last one is the Natural Route of the River Ebro that allows wonderers to discover the great beauty of the forests and flatlands following the length of the river. 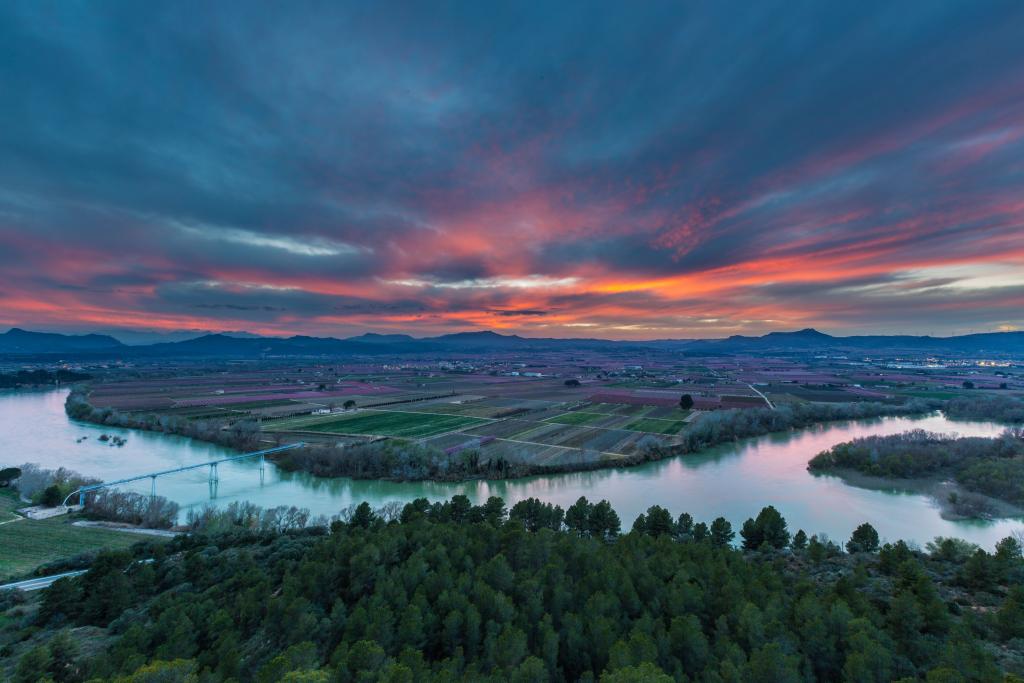 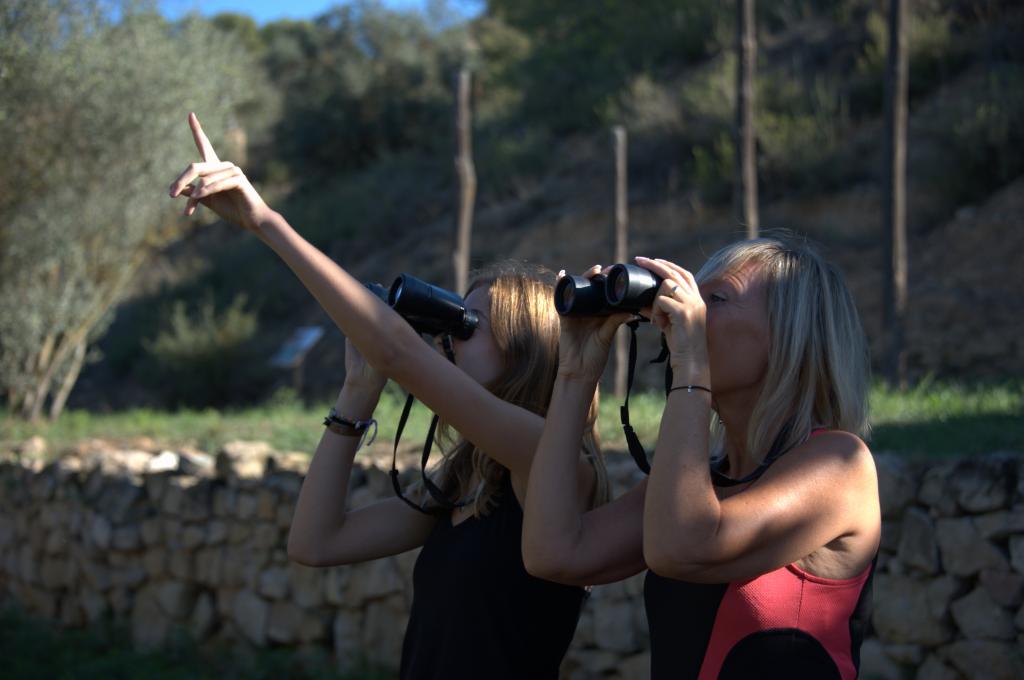 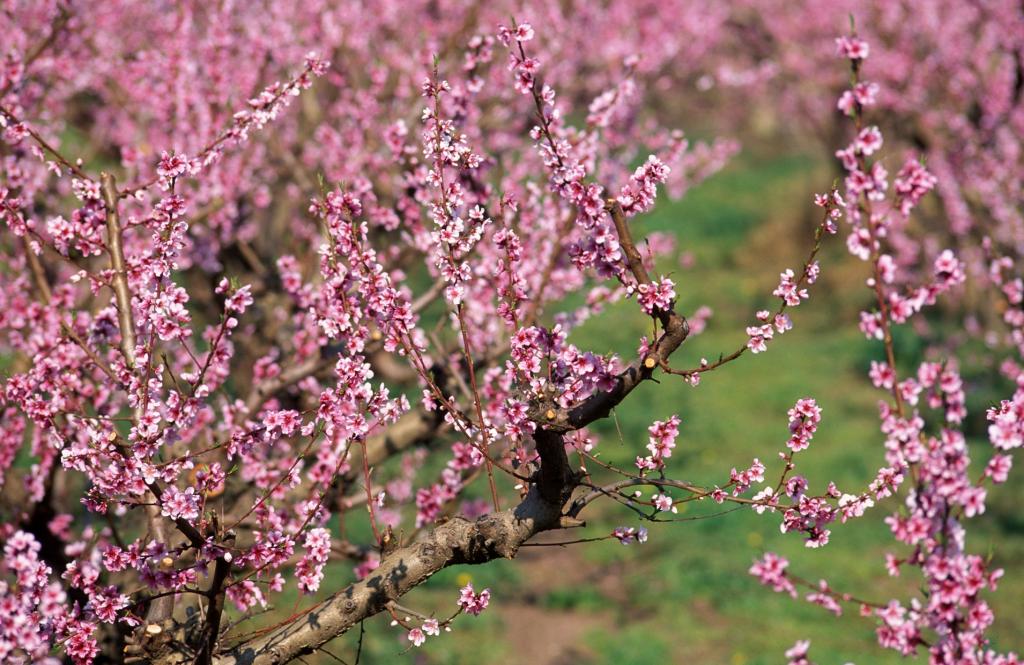 Since ancient times, the waters of the Ebro River have made the Ribera d'Ebre an important point of navigation where different civilisations have settled: Iberians, Phoenicians, Greeks, Carthaginians, Romans, Visigoths, Saracens, the Knights Templar… All of them took the advantages of living close to the river sheltered by the adjacent mountains, bringing to the current 17 towns of the region a rich culture and heritage. Although the main towns by number of inhabitants are Móra d’Ebre, Flix and Móra la Nova, which they  gather half the regions total population, travelers will also like to stroll through townships such as Miravet, with its imposing Castle of Miravet located on the top of a red cliff that overlooks the Ebro River, or Tivissa, Vinebre and Castelles de Banyoles with their curated Iberian archeology sites. Other important cultural sites are: Flix Castle, Historical memory war shelters from the Spanish Civil War, the Railway Museum Mora la Nova or the Roman settlements in Vinebre. Furthermore, the river also offers activities such as navigations in “llagut”, the traditional river boats of the region. 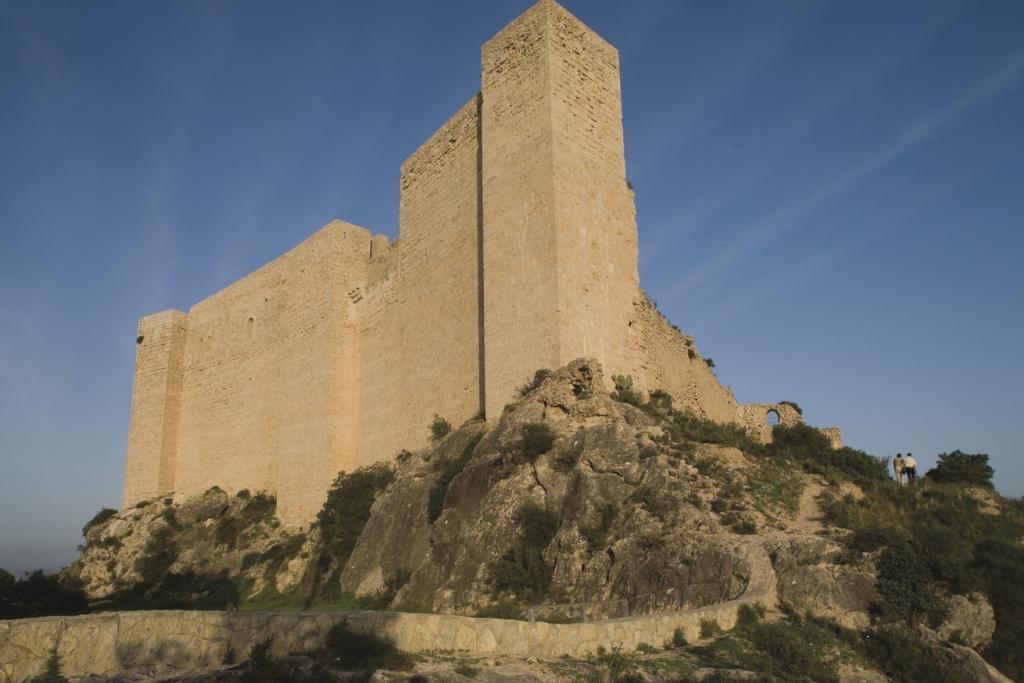 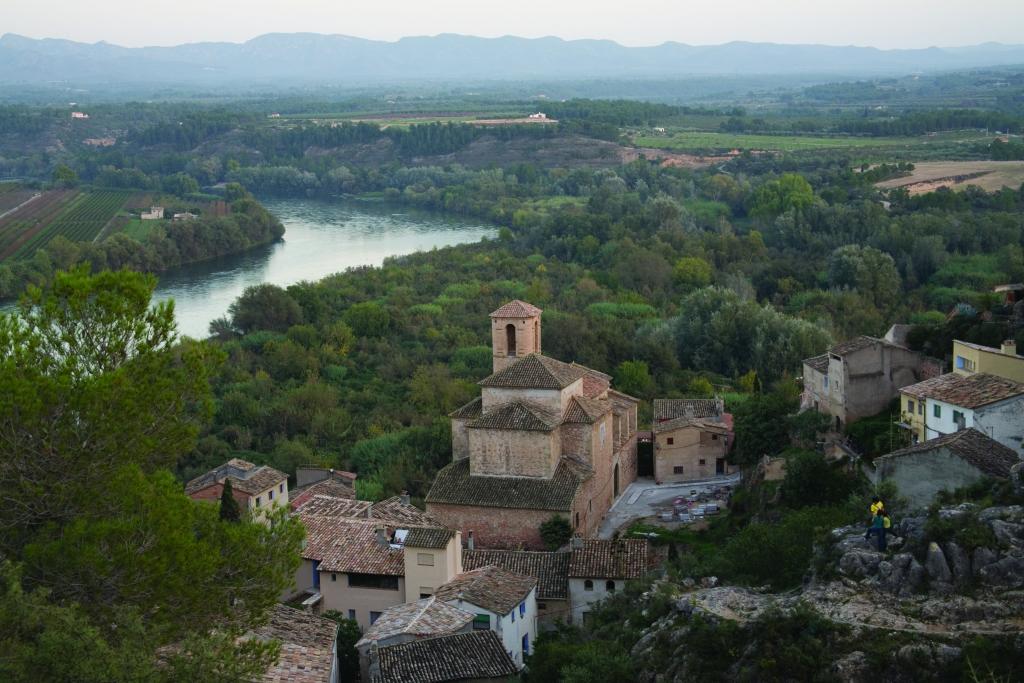 Regarding gastronomy and events, the region also has plenty of interesting things to discover. Among the many locally produced products like olive oil, wine, cheeses, sweet stone fruits or local cakes and pastries, the “Clotxa” is the traditional dish of excellence in the Ribera. Consisting of a large round loaf of bread, cut in half, hollowed out and then filled with tomato, onion, garlic, and salted herring, all of this roasted on the coals; this dish highlights the simplicity and richness of the region’s cuisine. It is the traditional food for many festivals and gatherings, and every year a gastronomic fair in March about this dish is celebrated across the whole territory. And talking about festivals, some of the events to look for when visiting the region are the Flower Bloom of the fruit trees in March, the different oil and wine festivals throughout the year, as well as the Iberian Weekend, the Major Summer Festivals in each town and the Christmas fairs. 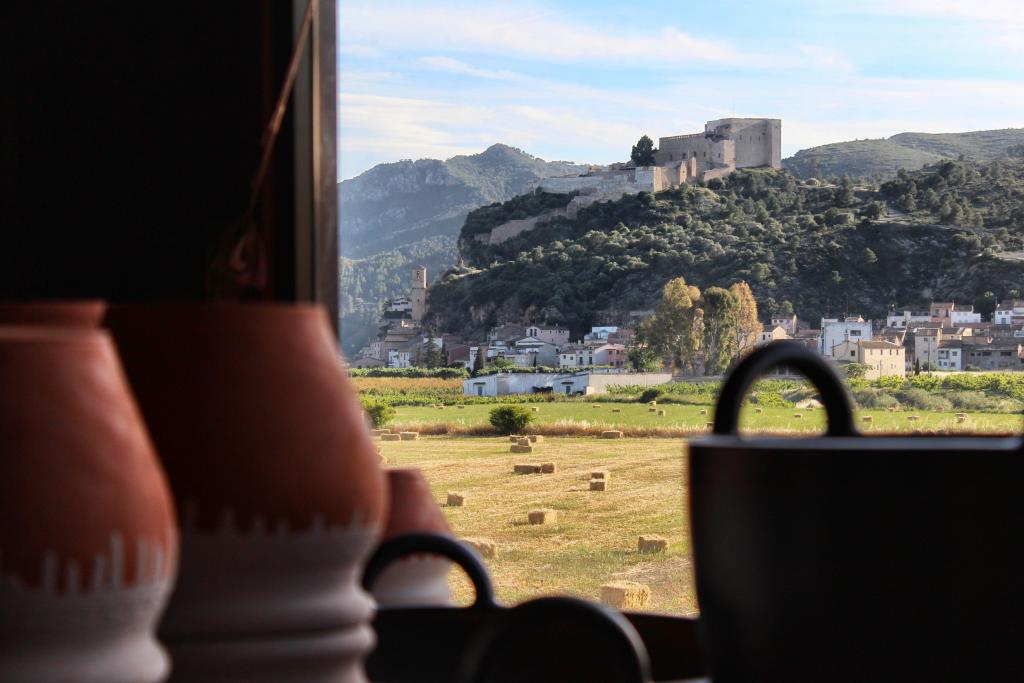 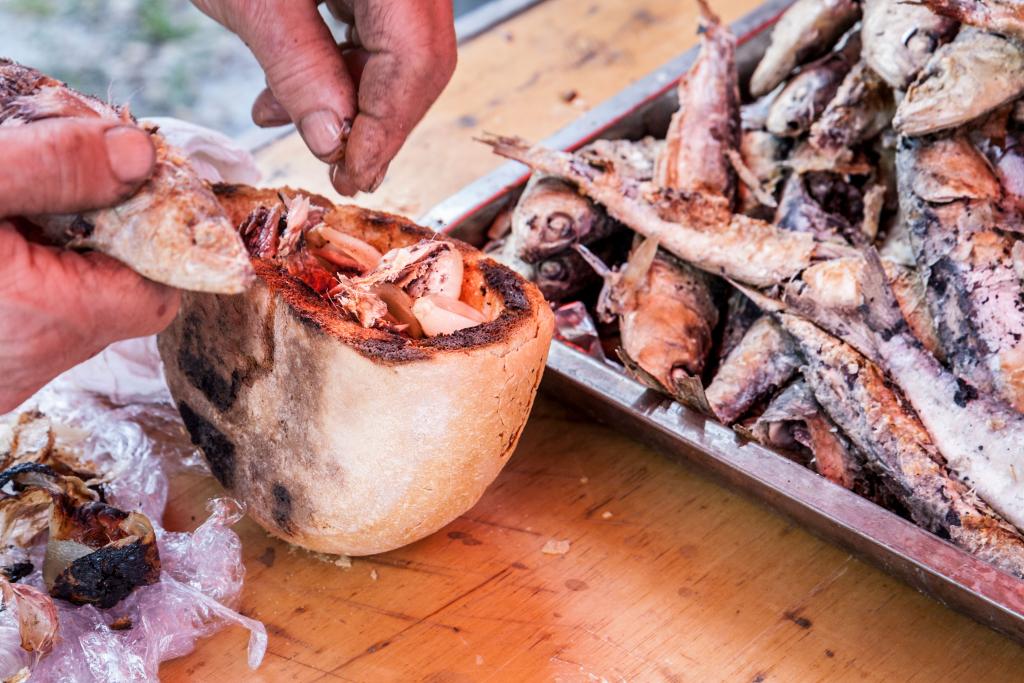 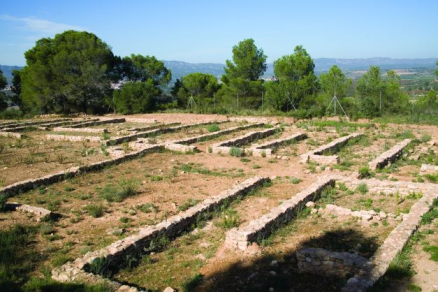 In conclusion, whether it is exploring the diverse landscapes influenced by the largest river in the Iberian Peninsula; discovering the abundant biodiversity of its natural reserves; tasting the rich local gastronomy; or learning about its fascinating culture; the county of Ribera d’Ebre is clearly a Slow Tourism destination that you will never forget. 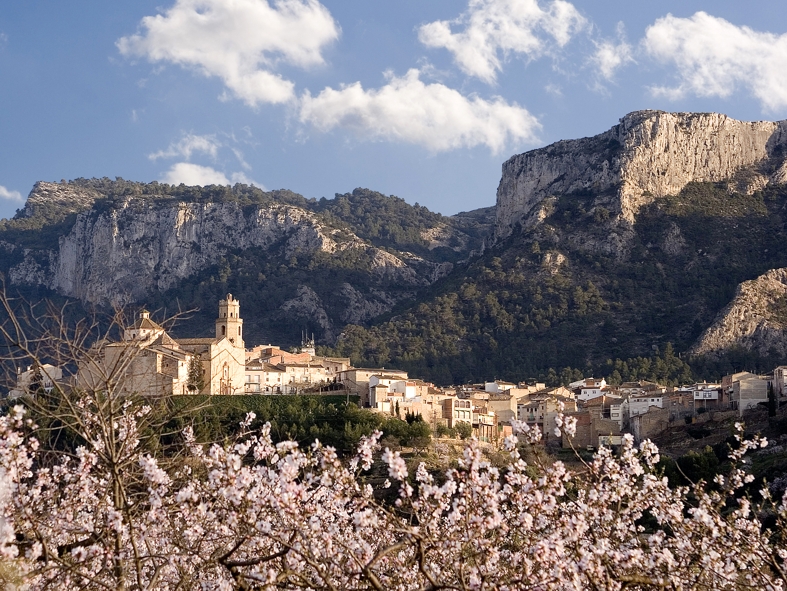 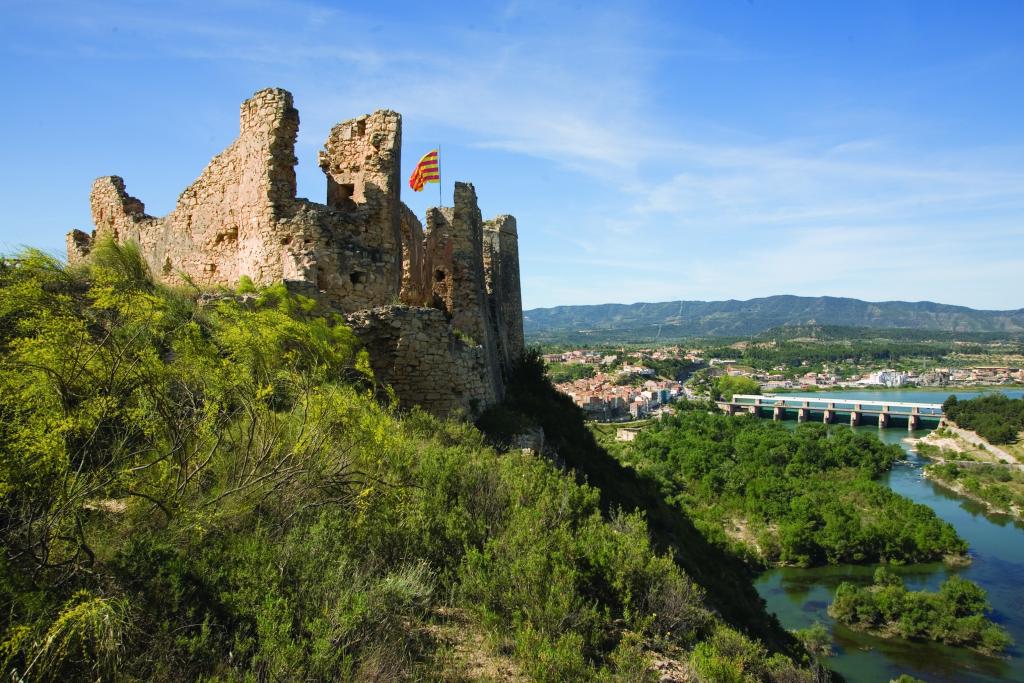