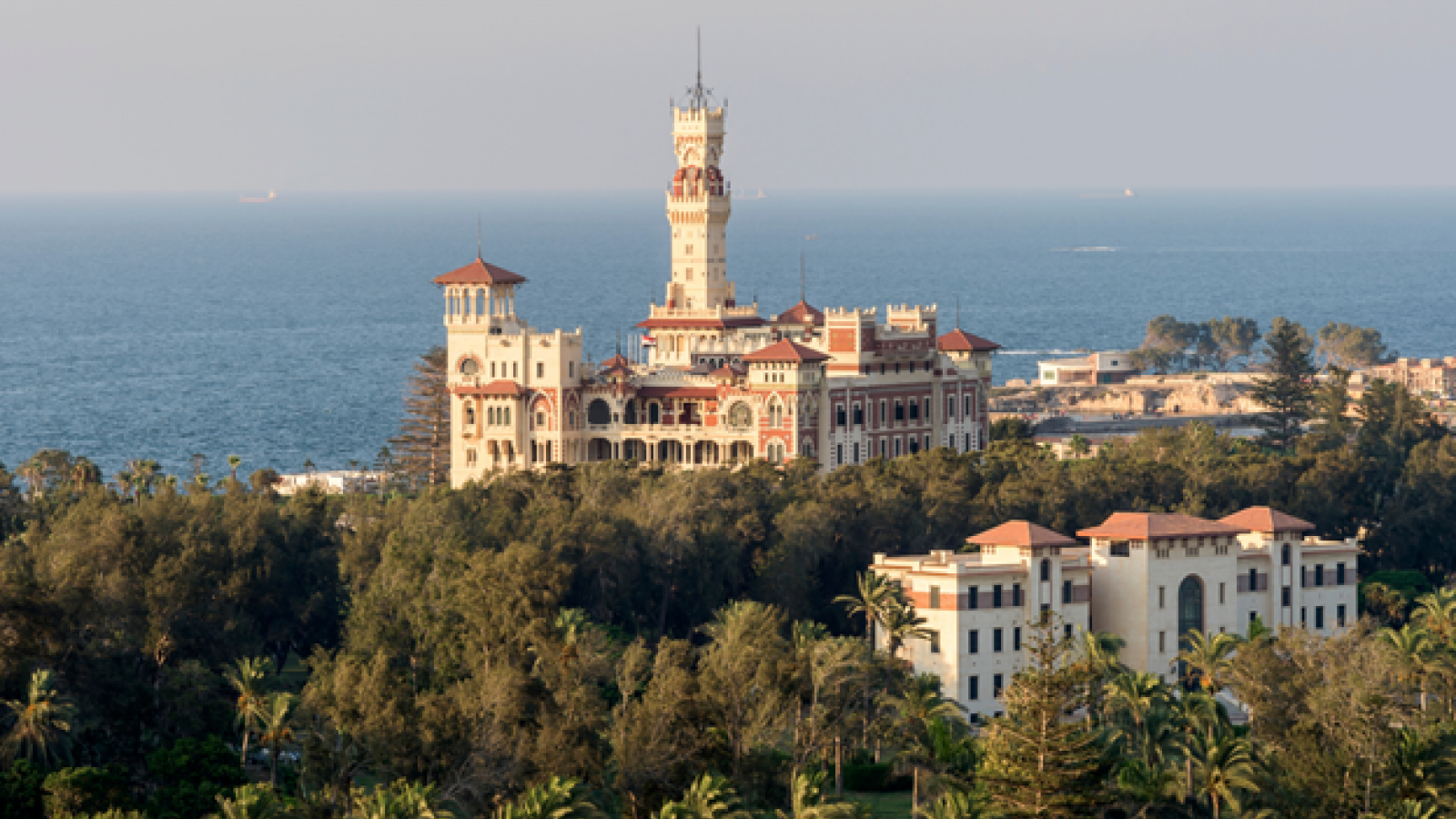 On the north coast of Egypt and at the north-eastern edge of Alexandria, the country’s 2nd largest city, lies Al-Montazah district. "Al-Montazah" is the name of both the district and the historic royal Park that gives the area its name. The District is also home to the Abu Qir neighbourhood, famous for its tasty and fresh seafood, Nelson Island and the 1992 discovered sunken cities of Thonis-Heracleion and Canopus. Al-Montazah is of huge significance to the city locals and especially so to the locals of the neighbourhood, many of whom are fishermen and small-boat makers leading a quiet, simple lifestyle on the edge of a restless city.

The Montazah Palace and Royal Gardens, or commonly known as “Al-Montazah Park”, cover an area of approximately 3000 meters, stretching to the nearby beach. It hosts 19th and 20th-century palaces and contains a huge selection of trees and plants, many of which are rare and were planted more than 75 years ago. The Park is a perfect destination for picnics, sports and marine activities such as water-skiing, diving, snorkelling and more. 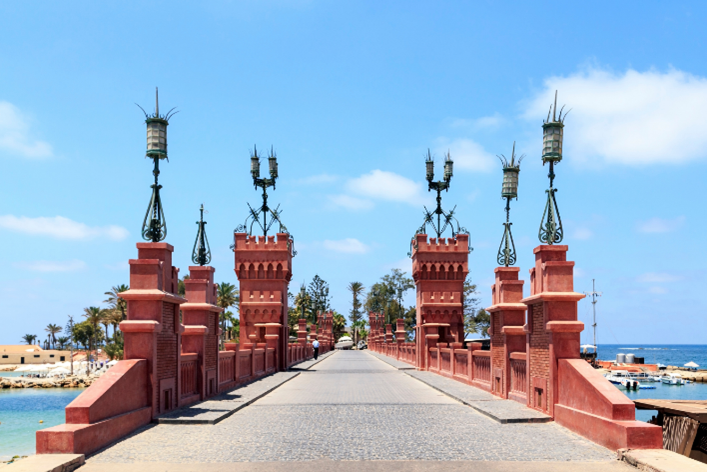 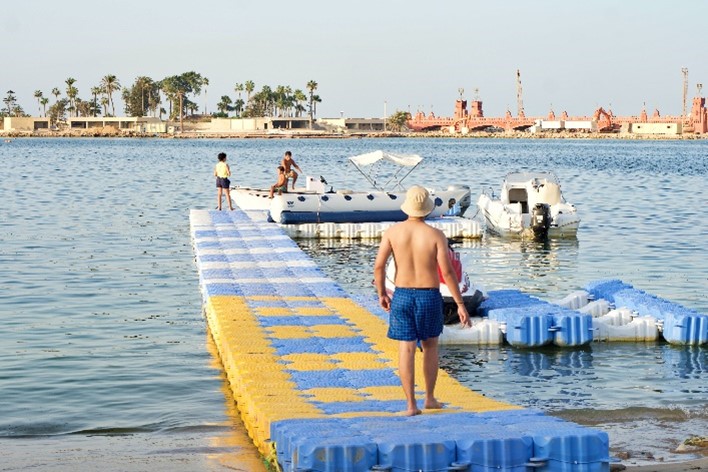 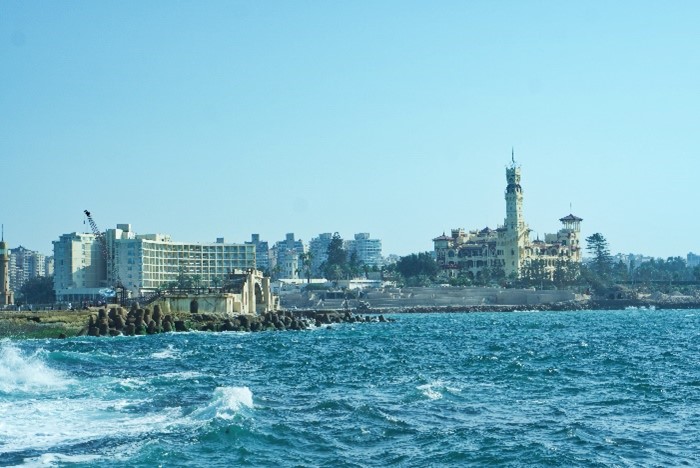 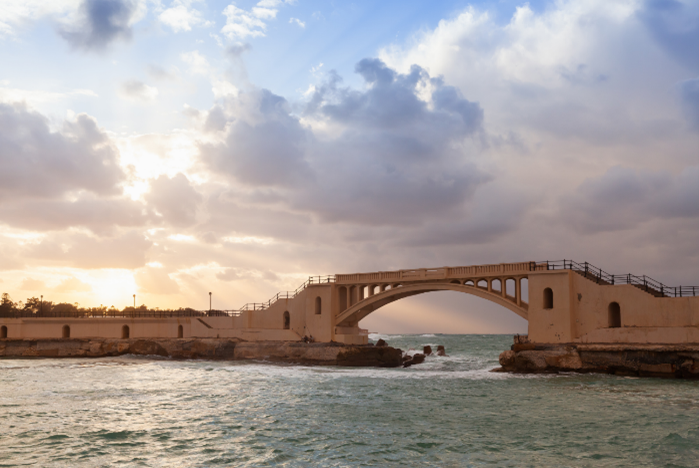 The Salamlek Palace, built-in 1892 by Khedive Abbas II, the last Muhammad Ali Dynasty ruler to hold the Khedive title over the Khedivate of Egypt and Sudan, was used as a hunting lodge. Today, it serves as a luxury hotel.

Al-Haramlik Palace and gardens were later added by King Fouad I in 1932 to serve as a summer palace. Often praised for its seamless mixture of Ottoman and Florentine architecture with two distinctive towers, the Palace now serves as a public museum of the Muhammed Ali Dynasty family history and art objects. The Palace is also famous for its Roman-style tea kiosk overlooking the Mediterranean coast which has recently been opened to the public. 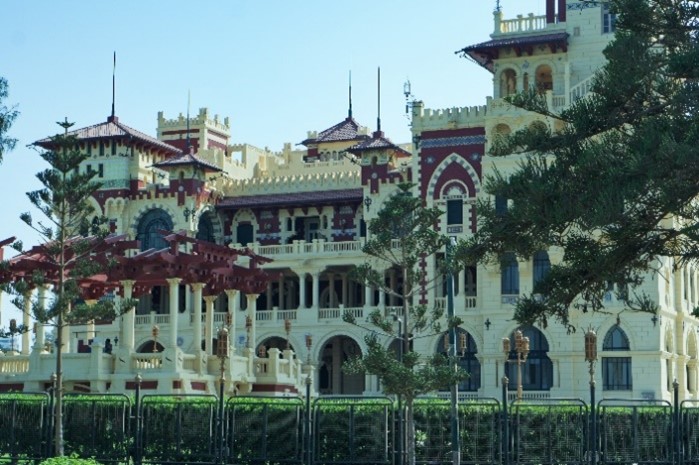 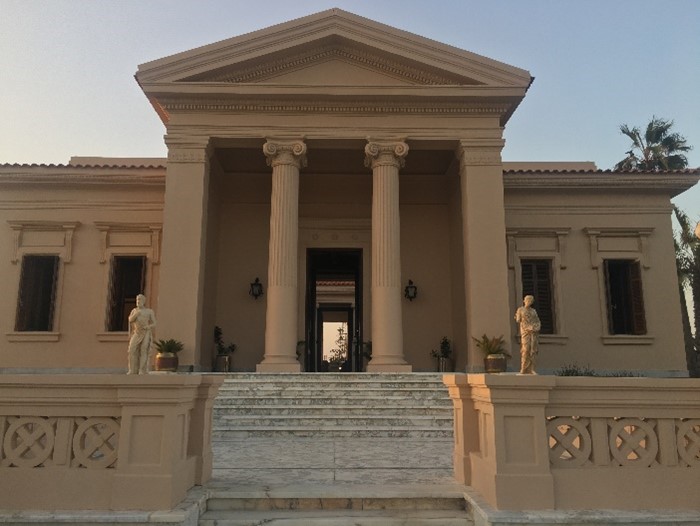 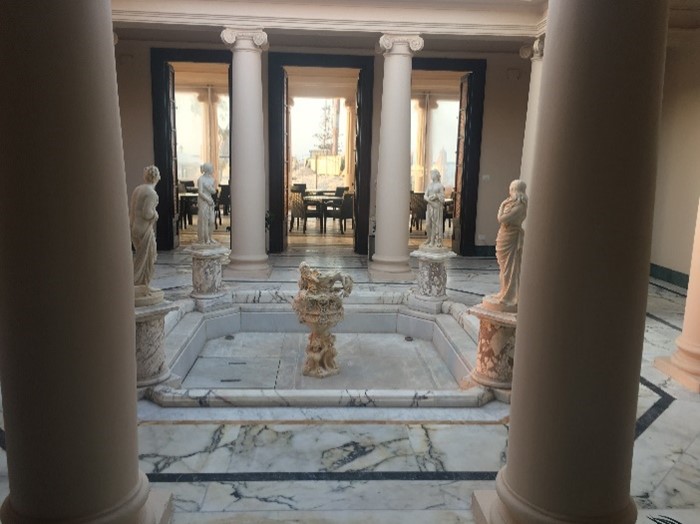 The Royal Gardens and seaside road serve as a famous picnic spot and outings for locals and tourists alike. On any given day, you will find people enjoying the beautifully manicured gardens, taking pictures, or having quality time with family and friends. 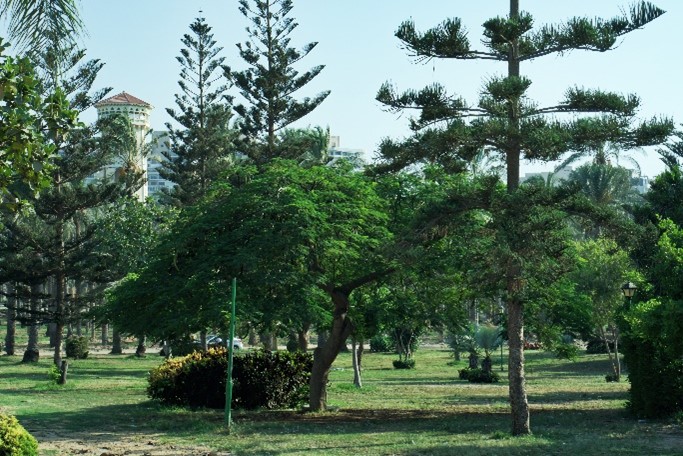 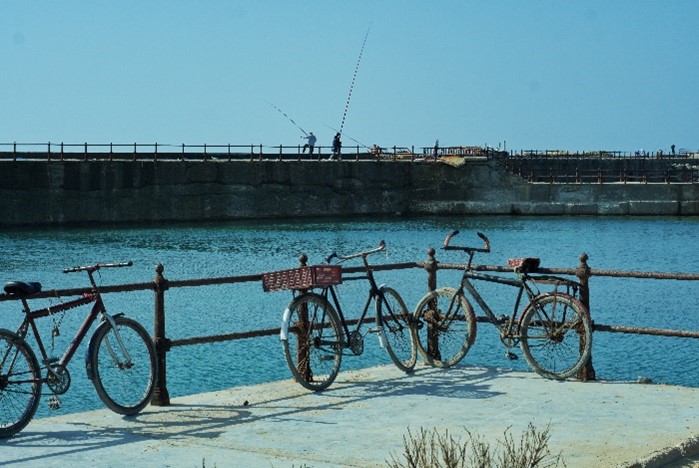 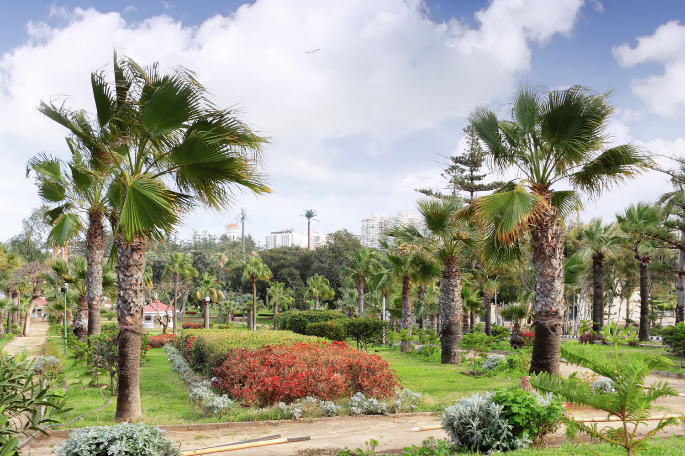 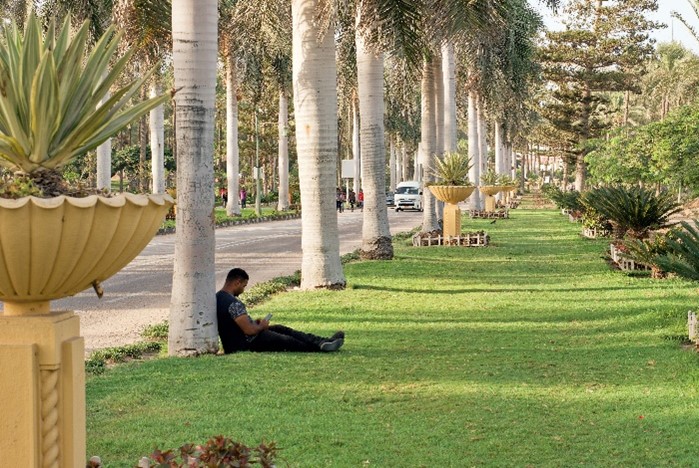 Outside the Park and in the Abu Qir area lies Nelson Island and the sunken cities of Thonis-Heracleion and Canopus, with secrets yet to be uncovered. Thonis-Heracleion was Egypt's largest Mediterranean port before Alexander the Great founded Alexandria in 331 BCE, 2.5 km off the coast of Abu Qir. Nelson Island is located 4 km off Abu Qir Bay and 18 km from the centre of Alexandria. The 350 meters extended island was once considered a strategic entry point in the British-French wars and is home to different archaeological findings, like the tombs of the British soldiers and various artefacts. Today, the island and sunken cities represent a local picnicking, fishing site and a 10-meter underwater museum. 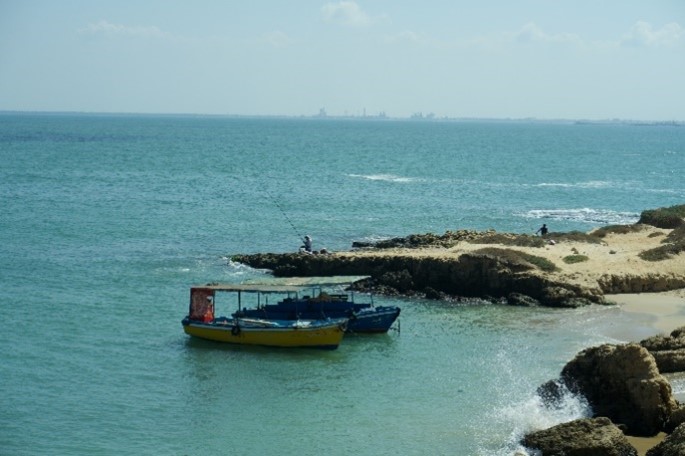 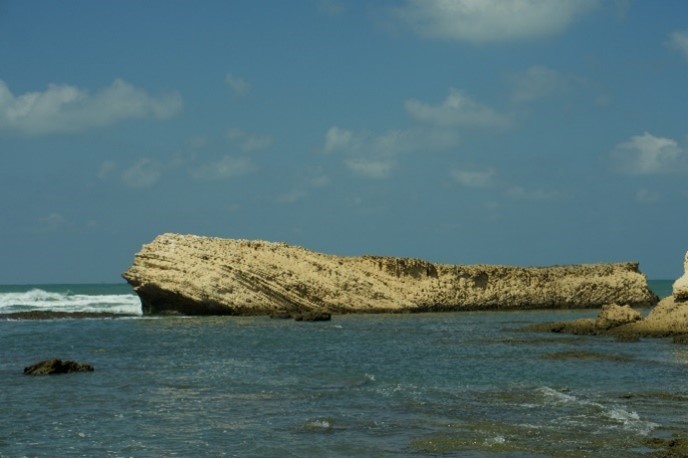 Just outside the Park, you find yourself in the Al-Montazah district. Famous for boat-making production, the local gastronomy and the many local coffee shops where you can enjoy the view of the sea, play the Tawla, take the ‘red sightseeing bus’ across the seaside, and feel the rich vibes of the city. 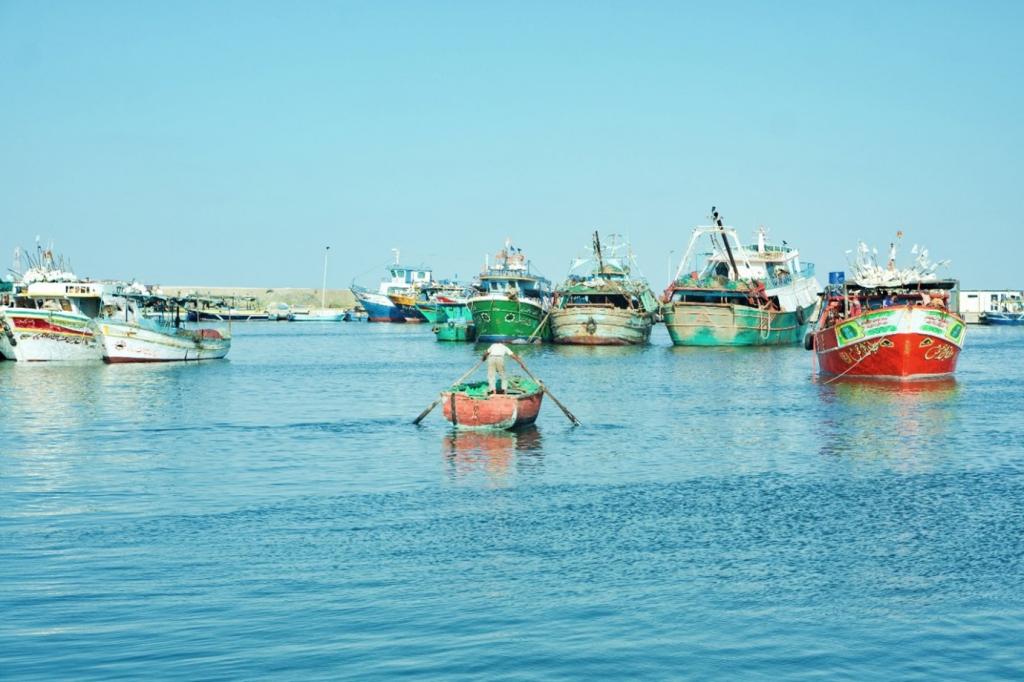 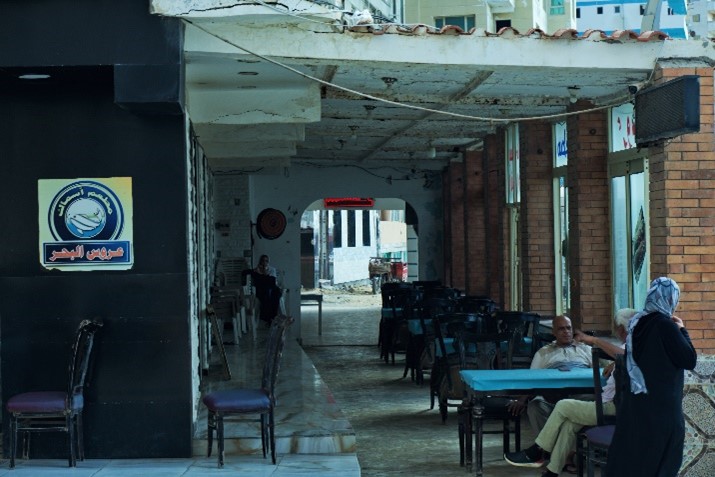 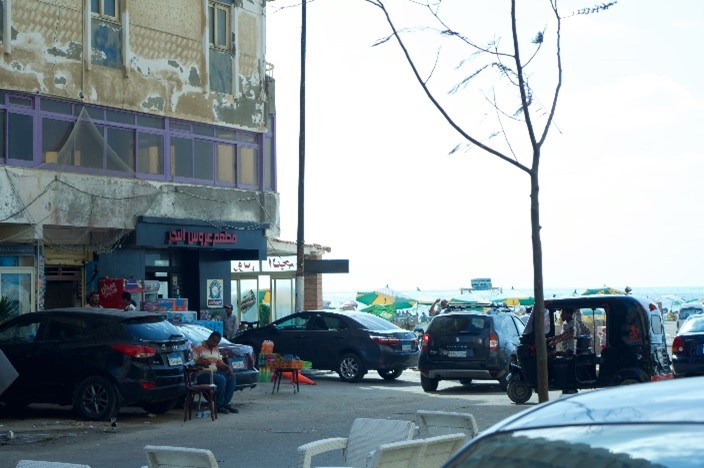 Al-Montazah delivers the true essence of slow tourism in the vibrant city of Alexandria, no matter your preference. The combination of nature and history, the wide range of sites to be seen and the multitude of activities offered by Al-Montazah will undoubtedly be etched in the traveler’s memories for years to come.

The Al-Montazah Park is currently undergoing development as part of the government’s plan to preserve its monumental features.