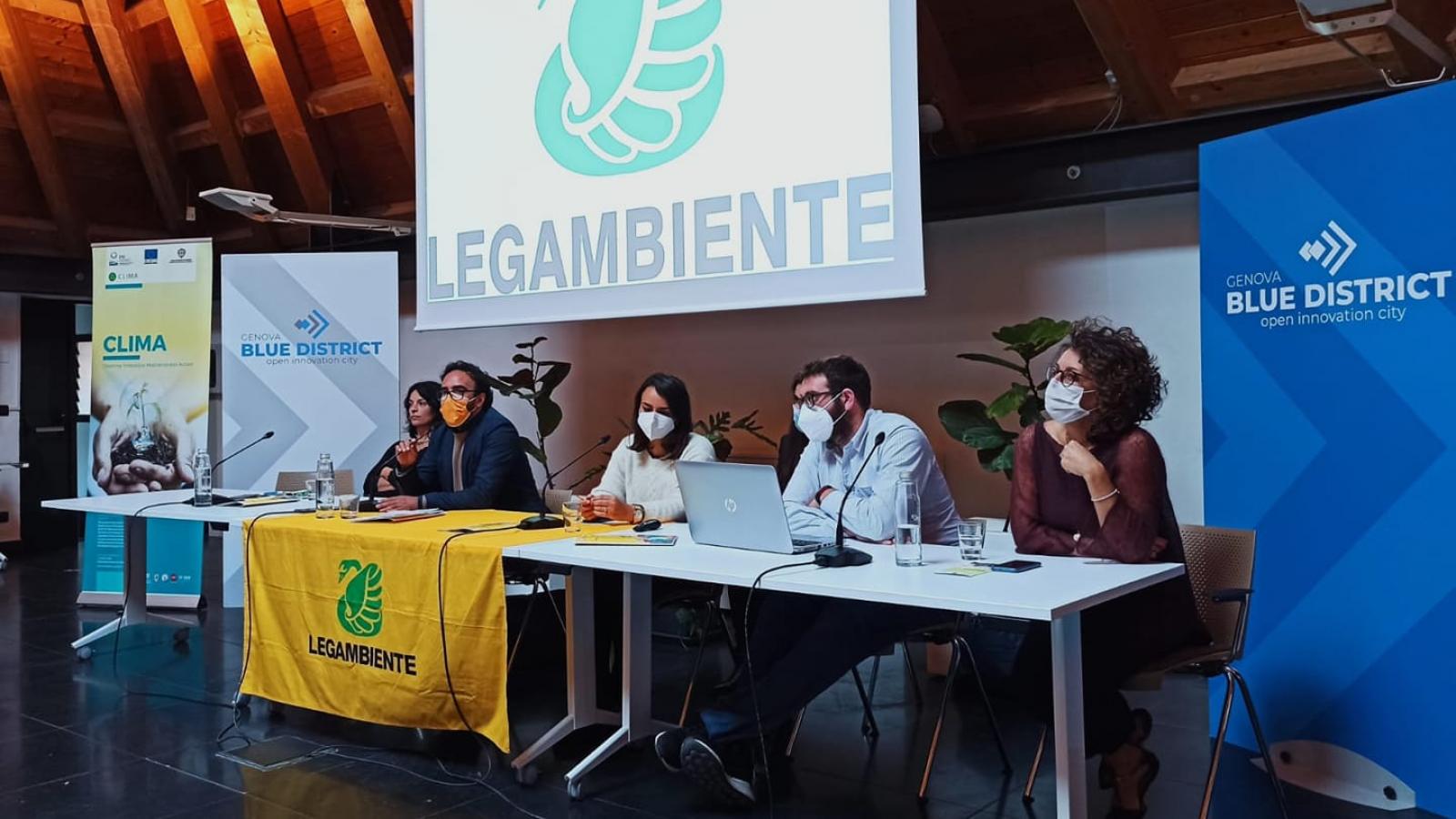 CLIMA project among the participants of the Ecoforum organised by Legambiente Liguria on 10th and 11th November, a new step for promoting international cooperation. At Genova Blue District, CLIMA staff took part in the 2021 edition of one of the main events promoted by the Italian environmental association Legambiente, an important occasion to discuss waste management system with local representatives from schools, institutions and stakeholders involved in separate waste collection results and future goals at a regional level.

This year we were able to personally attend the event hosted in Genoa involving some representatives from all of the coutries involved in the project: Lebanon, Tunisia and Italy. In fact, Legambiente granted the project a dedicated slot where our project partners could describe the waste management situation in Sestri Levante, the lead beneficiary of the project, Bikfaya and Mahdia. Among the attendees, CLIMA proposed Antoine Mouchati representing the Lebanese ngo Arcenciel, Dalia Mabrouk representing the Tunisian branch of international ngo Cospe and Annalisa Fresia, the supervisor of the environmental and technical area of Sestri Levante Municipality. The three speakers' interventions were introduced and moderated by Lara Panzani from Cospe, the Italian focal point of the project.

This was an important occasion to promote the project main values, such as the promotion of circular economy initiatives, encouraging the development of the zero waste strategy, the importance of the reduction of waste production and the improvement of properly manage the separate waste collection system at a transnational level. This event was, then, a further step to highlight the good practices already active in the three Municipalities involved in CLIMA project such as the door to door collection system in Sestri Levante and the solutions promoted by the project to solve the main waste-related issues in Tunisia and Lebanon, i.e. the realisation of innovative compost sites and drums in Mahdia (Tunisia), Bikfaya and Taanayel (Lebanon) where CLIMA will promote the creation of a membrane composting site and a drum composting site.

At the end of the slot, the audience was invited to ask a few questions which abled the speakers to clarify a few doubts. The project representatives from Lebanon and Tunisia were also involved in a few interviews by local-based newspapers and television networks. Moreover, in the next months Legambiente will shoot a few eco-friendly pills involving CLIMA project partners too that will increase the project visibility at a national level in Italy.