At the Thessaloniki International Fair, the Greek partners of MED-QUAD gave voice to their vision for the higher education. 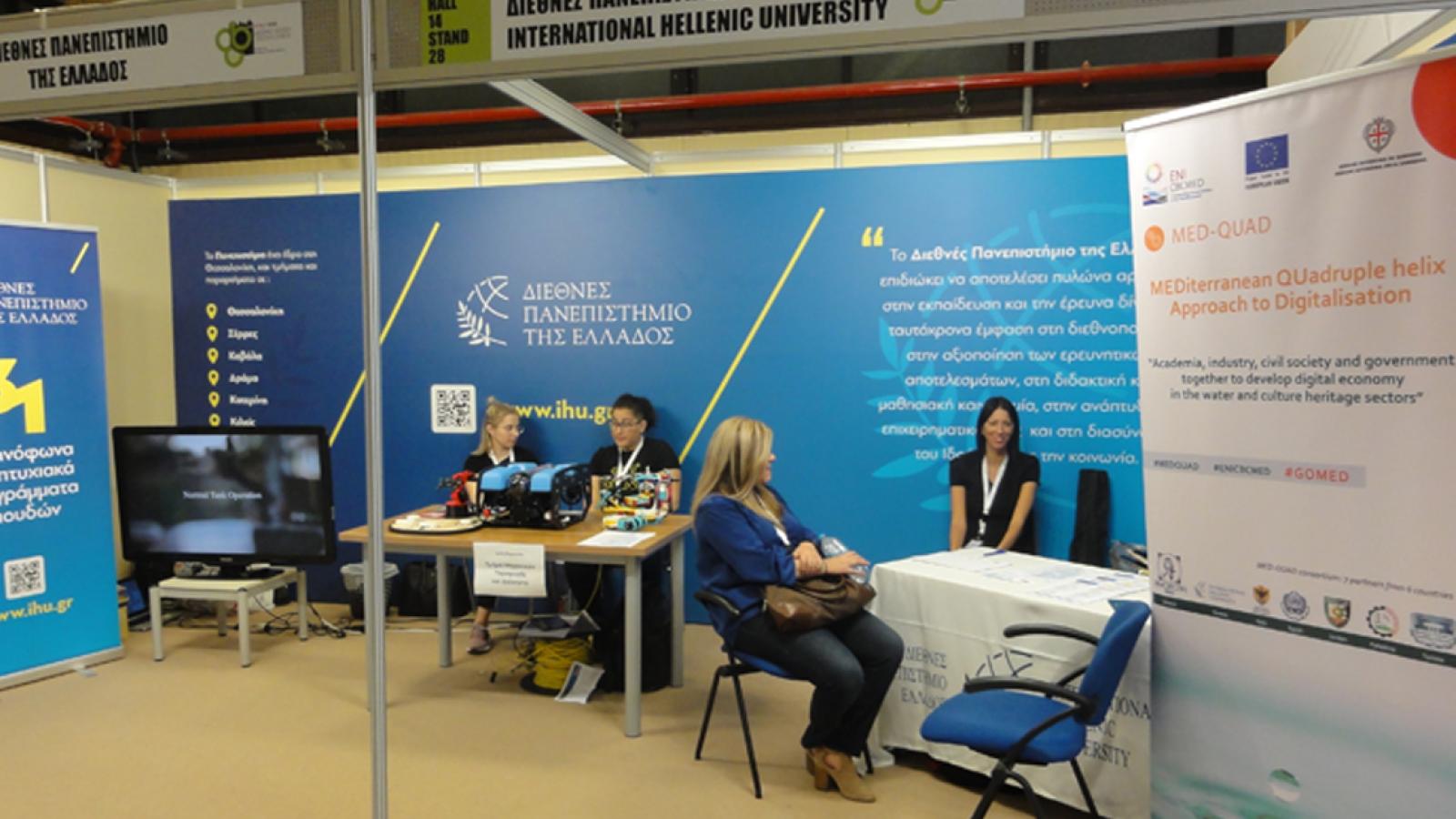 The International Hellenic University  (IHU), partner of the project "MEDiterranean QUadruple helix Approach to Digitalization" (MED-QUAD) and Epimorfotiki Kilkis sm LLC (Lead Beneficiary of the project, Greece), participated for the second consecutive year in the 86th Thessaloniki International Fair  (TIF), which took place between 10th and 18th of September 2022. At the most significant exhibition event in Greece, the members of the MED-QUAD had the chance to make known one of the central concepts of the project: the operation of the university as a "civic university" and the enrichment of collaborative relationships in the Mediterranean. The vision of the MED-QUAD project about academia is to transform universities to "socially aware" and, together with businesses and local governments, to fully meet their role as institutions, operating not just “in” the city / local community but "for" the city, that is, for the social benefit of the citizens.

Many people from all over Europe attended the event; this contributed to gaining valuable knowledge about the transnational cooperation in the Mediterranean, which is implemented with EU funding under the ENI CBC Med Program.

At IHU’s stand, visitors with different occupations were informed about collaborating among the six universities from the Mediterranean area (Greece, Italy, Egypt, Tunisia, Palestine, and Jordan) for the project’s needs. The representatives of IHU informed the visitors about other transnational actions implemented by the university and offered informative material on MED-QUAD.

The interest was vested for all parties, as well as the primary pillar of the project is the "Quadruple Helix Approach" theory in the field of innovation and sustainable local development. That happens through the cooperation and interaction of the four key creation factors: universities/research centers, businesses, (local) administration and society.

The Greek partners made a particular reference to the pioneering living labs for "Smart Water Use Applications" (SWUAP) and "Applied Research for Cultural Heritage Exploitation - ARCHEO). The second living lab will introduce virtual and augmented reality technologies for the digital recreation of the Agios Georgios cave in Greece.

The Living Labs are a space "open" to the city. They were created to highlight the effectiveness of the “Quadruple Helix” operation with the harmonized and coordinated synergy of science, entrepreneurship, administration and the human factor through different pillars: the element of water and cultural heritage. It is worth mentioning that the cross-border Living Lab SWUAP will be created in Kilkis, in the hall of the building of the International Hellenic University of Greece/Kilkis department, in collaboration with the Municipality of Kilkis and the Municipal Enterprise for Water Supply and Sewerage of Kilkis -DEYAK (the associated partners from Greece)

The scientific manager of IHU for the MED-QUAD project, associate professor Dr. Kassianidis Panagiotis, along with project’s experts from IHU, answered various key questions from visitors (students, teachers, entrepreneurs, and others). They highlighted all the project's crucial aspects and the significant positive social impact in collaborating countries. 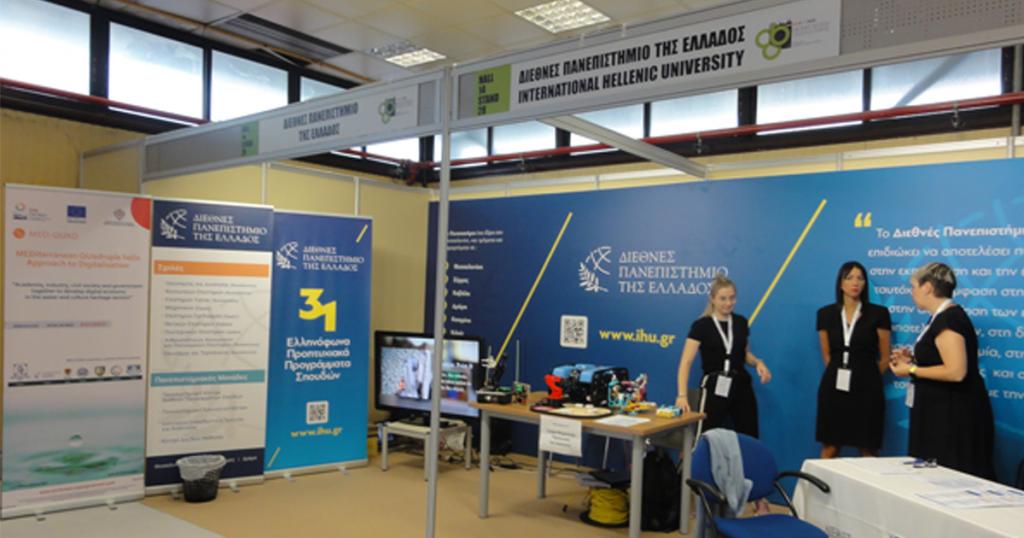