"La Rasgioni": The MENAWARA and MEDWAYCAP projects promote an ancient Sardinian procedure for the settlement of environmental conflicts in a modern key 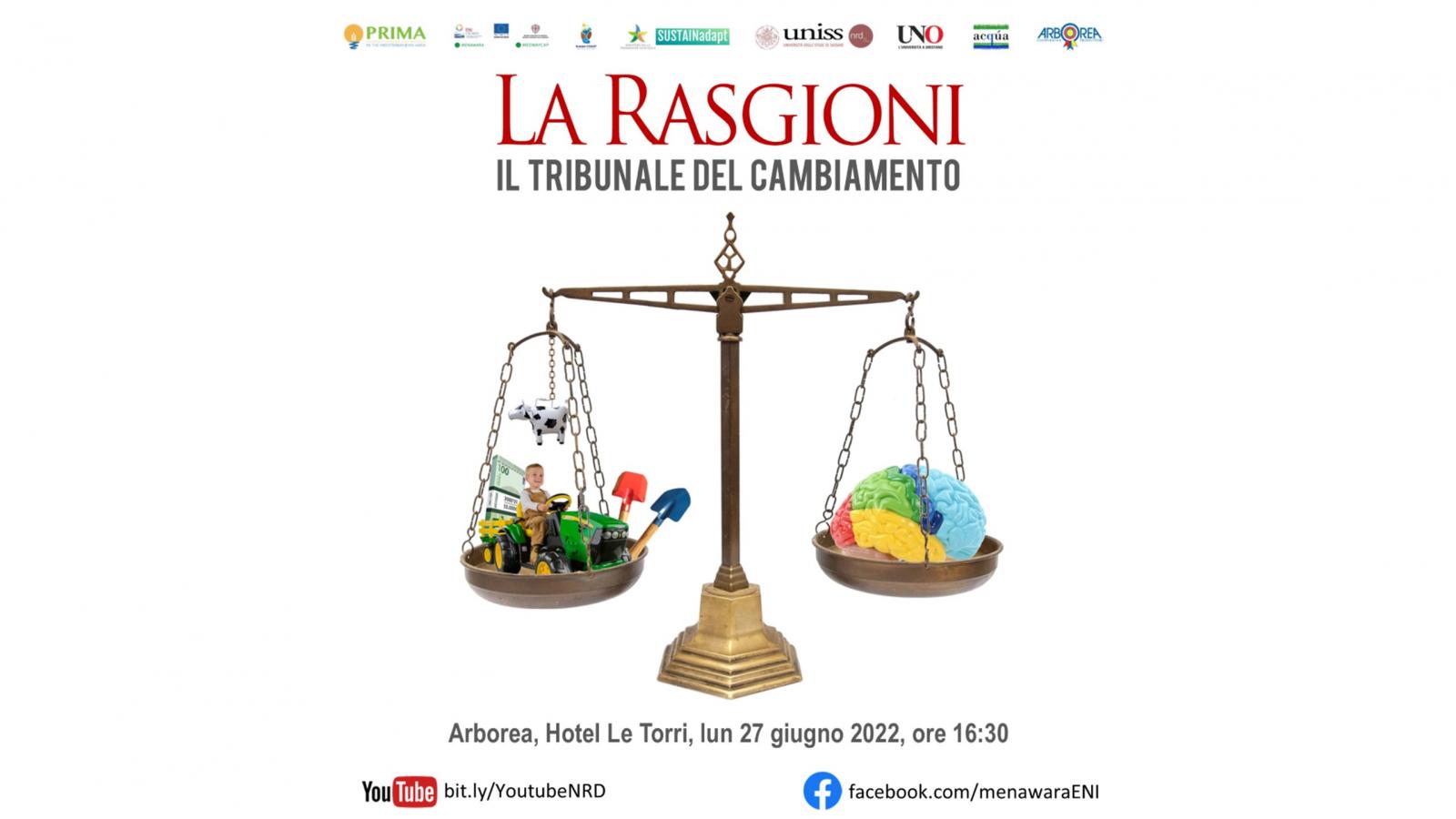 On Monday 27 June (4:30 p.m.), THE REASON: the court of change - an event organized in collaboration with MENAWARA and MEDWAYCAP projects - will be held at the conference room of Le Torri hotel in Arborea (Sardinia). Streaming on bit.ly/YoutubeNRD and facebook.com/menawaraENI. The Rasgioni was a practice of peaceful dispute resolution (in the field of inheritance, trespassing of livestock, etc.) that existed in Gallura until the early 1960s. Two alligadori (lawyers) represented the interests of each party in front of three rasgiunanti (judges): two appointed by each side and the omu of mezu, the arbiter, chosen by both. The alligadori were famous in the area for their oratorical skills, which is also why people flocked from far and wide to hear them harangue. Having examined the matter and heard the witnesses, the omu de mezu  invited the parties and the public to the community lunch, after which he pronounced the verdict: dizisa if the request of one of the parties was accepted, arrangiu when a compromise solution was suggested. The Rasgioni scheme, already used by the Desertification Research Center of the University of Sassari in the processes of stakeholder engagement, proved to be useful in bringing out the problems in the agro-environmental field and in facilitating the opening of learning spaces (https://rasgioni.mystrikingly.com/).

The Rasgioni, scheduled in Arborea on June 27, will focus on the conflict between climate change and sustainable development, and hence not between “parties”, in one of the most important agro-industrial realities in the Mediterranean basin. Inspired by a survey conducted among the most important national and international projects on sustainable development and adaptation to climate change, carried out in the framework of the MITE Sustain adapt project, representatives of the Institutions (e.g. Regional Agriculture Department, Municipality of Arborea, Regional Agencies of the Hydrographic District, Environmental Protection and Laore, Sardinian Water Authority, Land Reclamation Consortium of Oristano, University of Sassari and Cagliari), local production realities (3A, Coop. Producers Arborea, Livegreen, Bonifiche Ferraresi, Cooperative Fishermen Sant'Andrea), environmentalists and citizens will be invited to "reason" about future scenarios. As Emina di mezu, the lawyer Veronica Dini, expert in environmental mediation, Alligadori, Professor Pier Paolo Roggero, Director of the Department of Agriculture Sciences of the University of Sassari, Rasgiunanti the researchers of the international Sustain Coast project, engaging in Oristano and Arborea in a summer school on the mediation of environmental conflicts at Consorzio Uno.