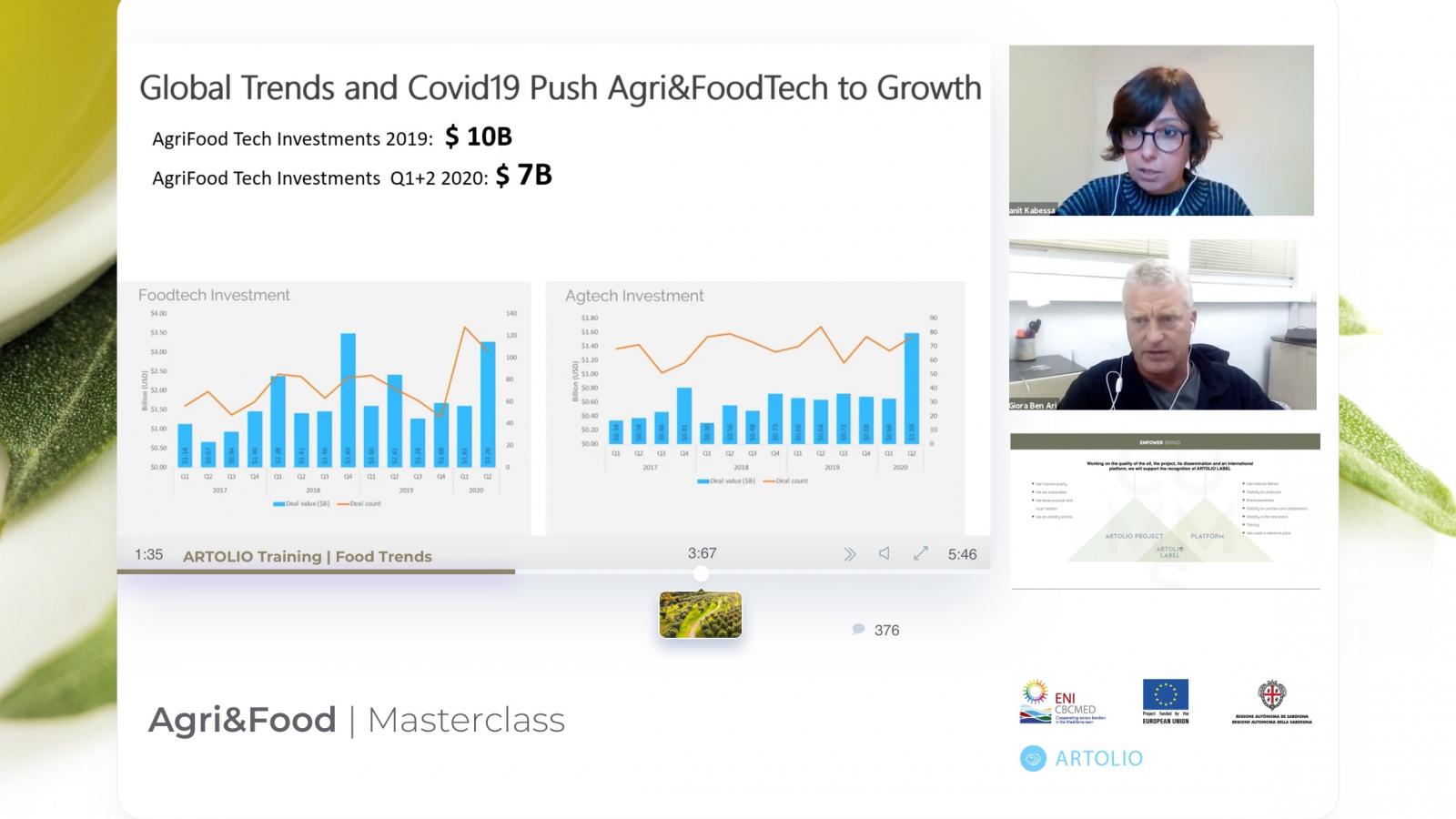 Four intense days, 28 hours of learning, more than 30 people from 7 countries all pursuing the same goal. These are the impressive figures of the specialized training program which is part of the European project "ARTOLIO", financed within the framework of the ENI CBC Med Program.

ARTOLIO got its start at the end of 2020 with the aim of promoting improvements in the quality of EVOO (Extra Virgin Olive Oil) production, in addition to helping small producers enter the market (both locally and internationally).

During the second training programme, in addition to the project's strategic team being present, different important figures from the world of research, agriculture and business also participated, as well as interdisciplinary experts. The programme also brought together the heads of projects such as Huîtres Amélie, WeLead, Mankai superfood. and Dole Asia who joined in the training sessions alongside with the expert advisors from the participating countries in the project.

Participants in the training programme were able to learn skills in communication, marketing, industry trends, agro tech and efficiency implementation techniques. In addition, the ARTOLIO coordinators, together with their communication manager, Jesús F. Gordillo, presented the general ideas of the project, recommendations for its development, and also provided digital tools so that the area representatives can achieve their objectives.

In the words of ARTOLIO's manager, Giora Ben Ari: "The project's training sessions have become a time of growth, professional complicity and a place to reunite, despite the constraints of the current situation." And, according to Yifat Reuveni, experienced business manager, who has experience managing other EU initiatives: "There is no doubt that the inability to meet in person is not a barrier to the development of international projects."

The project will begin its core phase at the end of March, once the selection has been made of those farmers who will be able to benefit from both the EU-funded aid, as well as from ARTOLIO's team and knowledge. As for the project coordinators, this phase is essential, for the success of the model. A model based on enhancing the quality and sustainability of the local product and making it visible in the international market and which will most likely be implemented in other projects or needs.