#WOMED - Believe in yourself and make sure you are not alone in this struggle: discover the story Davinia González, Spain 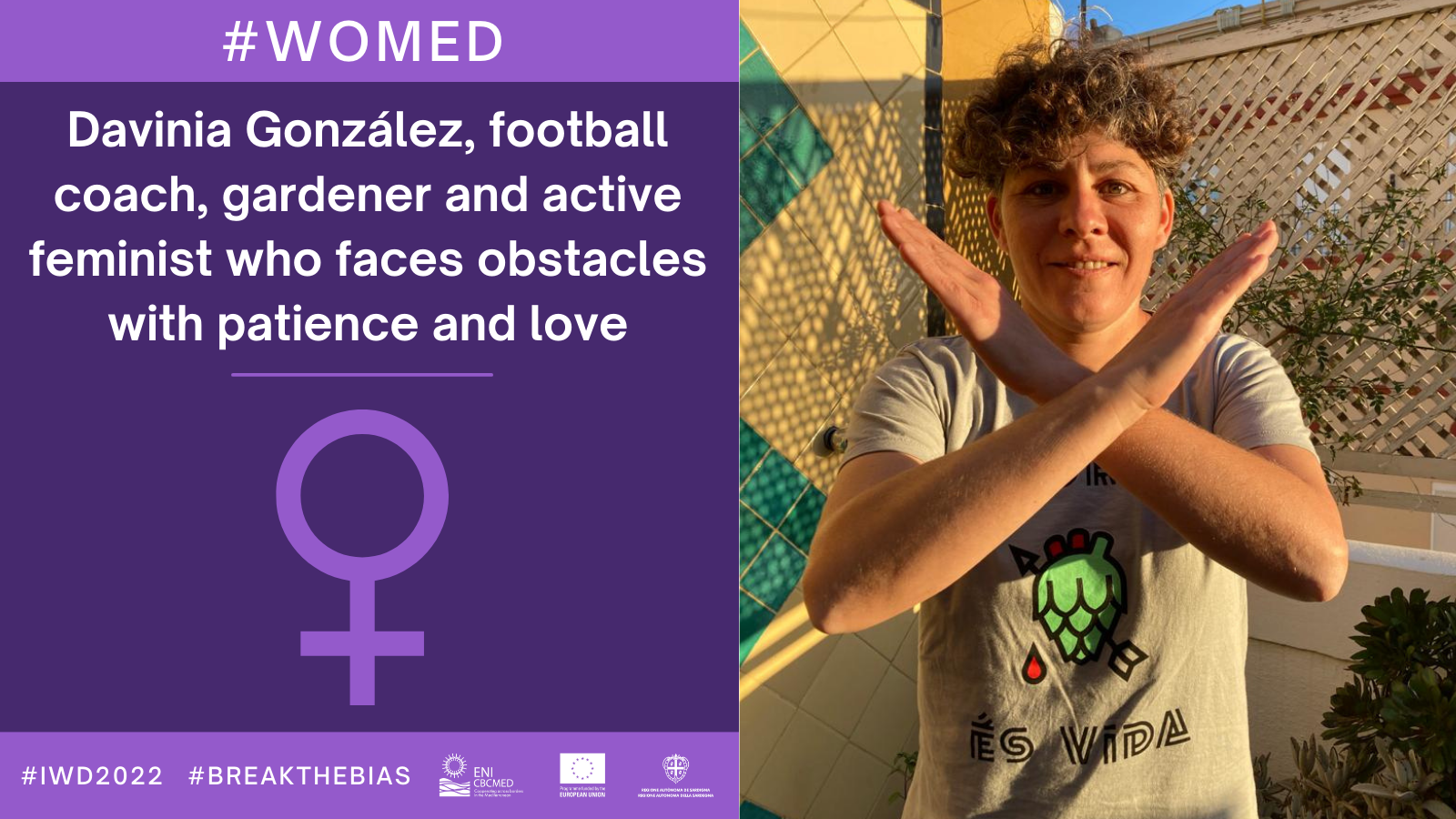 This is the seventh and last instalment in our series of feature stories published in the framework of the International Women’s Day to highlight women who have succeeded in breaking stereotypes in their community also through their participation in ENI CBC Med funded projects.

THANKS FOR BEING PART OF THIS JOURNEY AND HAPPY INTERNATIONAL WOMEN'S DAY TO ALL.

Davinia González is a 41-year-old woman from Valencia, Spain. She was the first woman football coach for boys in the city of Valencia in a time where this was still a taboo and she is an entrepreneur in a sector dominated by men: gardening. Now, she defines herself as an active feminist. She is a beneficiary of InnovAgroWoMed project funded by ENI CBC Med Programme.

Childhood: a girl playing football in a sexist society

Since she was a little girl, Davinia did not want to wear skirts, put make up and play rhythmic gymnastics. She broke her first and most difficult stereotype when she was 11 years old and told her family that she wanted to play football. In the early 1990s, that was not common in Spain. During many years, she would play only with boys’ teams as there was no girl football team and her uncles were totally against her playing football. Thanks to her determination and to the support of her grandmother, an outstanding woman who dared divorcing in a time where couples would not do that, she managed to follow one of her dreams.

Adulthood: woman football coach and entrepreneur in the gardening sector

Between 1999 and 2007, she became the first woman football coach in the city of Valencia. She remembers this period as a tough one as she suffered a lot of verbal attacks and sexism. Together with another woman football coach, in each game, they would listen to comments such as: go home and do the cleaning, why can´t you train only girls or coach basketball as this is more feminine. She had problems with referees and above all with other men coaches from other teams. They would hate her winning which would fuel their frustration of a woman winning over them. She has always worn her hair short. She would even listen to guys insinuating that it is a man disguised in a woman. She was about to go on trial with the football federation because of these repeated verbal attacks.

“In 2005, in the city of Valencia, it was common to hear during a football game, comments directed to me and my colleague as women coaches: go home and do the cleaning."
Davinia González

Davinia with her football team

On the professional level, she is an entrepreneur in the gardening sector, a male-dominated business. According to her, 90% of the staff in gardening businesses are men. The 10 % of women working there would do tasks that required more accuracy and details such as arranging the flowers. Most of the gardening work requires physical strength, working with heavy machineries, using hoe, pruning, digging. During her training in a TVET (Technical and Vocational Education and Training), there were only 3 women out of 23 students. Her project is to convert urban grey spaces into green by offering gardening services. 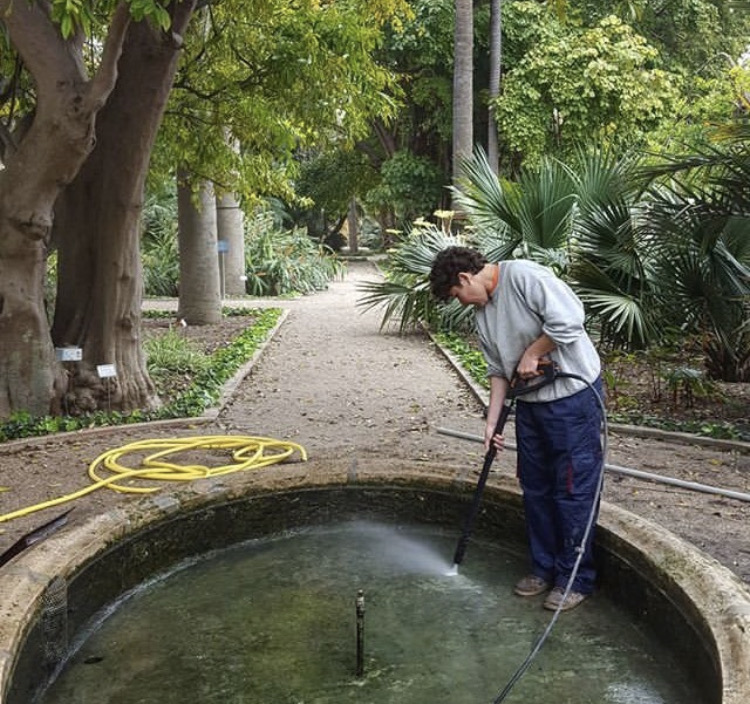 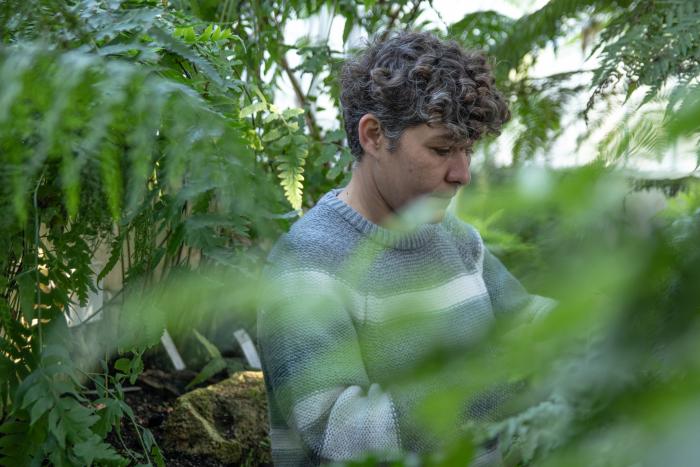 I am an active feminist

In the early 2000s, it was a difficult time for Davinia but it was also a turning point for her as she recalls the big demonstrations. She started taking part in the 8th March to celebrate the Women’s Day. She says that they started to be more aware of them as women, their potential, their will to get more freedoms. The movement generated around the 8th March (in Spanish we refer to is as 8M), gave them strength and help them overcome their fears. The emancipation was on the right track. Media started covering more news on gender issues and laws followed to guarantee more gender equality in the Spanish society. 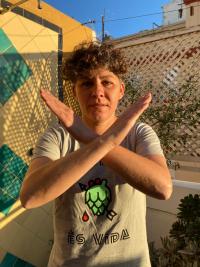 “Above all, stay and don’t give up. This is main thing we did despite all the difficulties.”
Davinia González

Solidarity among women and love yourself

What helped Davinia not to stop this fight, remain and don’t give up as she says, is being part of a group of women who take care of each other. Being together and part of a group bring you strength and support. One of these examples is what she experienced lately, being part of this group of 35 women through InnovAgroWoMed project. It helped her directly through the training she received in order to start her business in gardening and also helped her a lot indirectly by being part of a group of women, all seeking a project in a challenging sector and sharing together their concerns, hope and motivations. But what if you are alone in this fight: then, you have to love yourself, believe in yourself and want your freedom.

Conciliation of work-personal and family life and more feminist men

Davinia thinks that we need more laws to reconcile work and family life so that women divide the care work with men, have more time for them and think about their personal projects.

Many men remain in their comfortable situation, don’t want to renounce to their privileges but there are also more and more men who are supportive, and we should make them more visible so that they become examples. Obviously, this should be tackled through education from the earliest age.
Looking back 20 years ago and see how the Spanish society evolved regarding gender equality, we should be very proud of what Davinia has achieved and how more and more stereotypes are being broken.