TutelArt, when beauty meets pollution: the new flashmob by CLIMA in the municipality of Sestri Levante, Italy

The power of art is to send messages without speaking. This is why CLIMA project chose art for its new awareness campaign in Sestri Levante, in partnership with Sestri Levante Municipality and the regional environmental education lab - Labter Tigullio. On Sunday 6th and Monday 7th March, Alfredo Gioventù and Daniela Mangini, two local artists who are well-known in Sestri Levante for their skills in working with ceramic, organised a land art flashmob on one of the town main beaches.

The main event was scheduled on Sunday, from 10,30AM to 4 PM. Since the sun was shining brightly, the artists chose to place their installation next to the foreshore, in order to easily be noticed by people passing by. In spite of a gusting wind, there were families and couples strolling on the beach and many of them were attracted by the flashmob. Children were the easier to get to, since the majority of them saw the fish designs as an interesting game they gladly joined in. 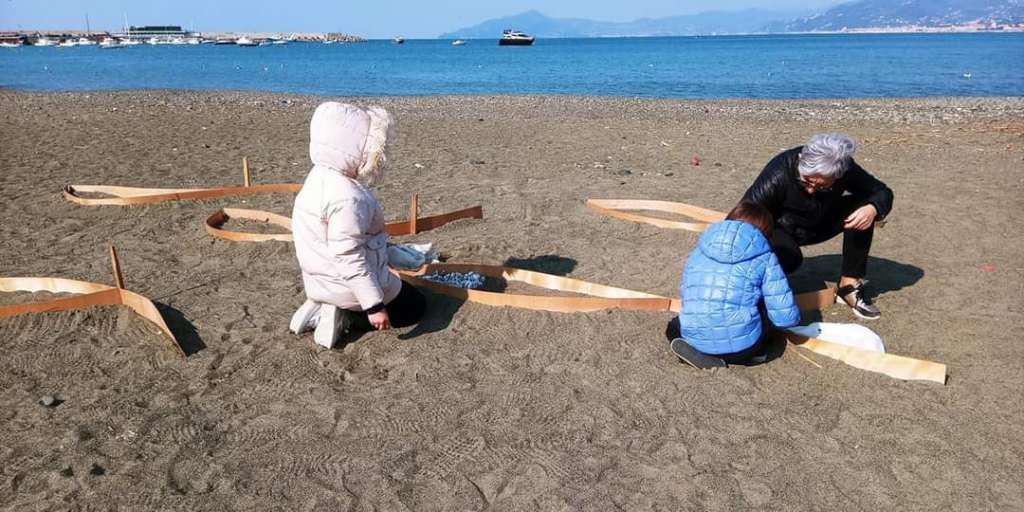 The artists had organised five little fish designs on the sand using wooden bands to profile them and people's goal was to fill them with stones of different colors and sizes to create a brand new decoration according to a local tradition called risseu, namely a mosaic made of cobblestones that usually characterizes churches parvis. 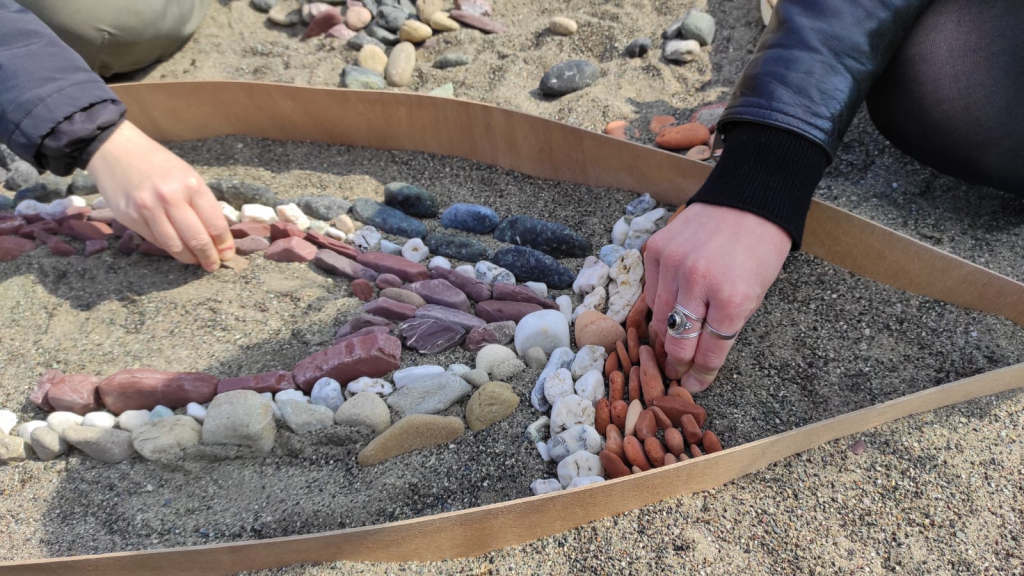 While some decorated the fish designs, others were asked to explore the beach looking for litter. It did not matter what kind of litter, everything worked to complete the land art masterpiece. Once fish designs had been completed, the artists removed the wooden bands and spread the litter between them creating small garbage (while colourful) waves that aimed to depict the true situation the Mediterranean sea is going through. The beauty of art then started to mix with the pollution humanity is responsible for, a powerful message that the land art work was able to shout out without words.

On Monday 7th March, local schools too joined the flashmob, namely two classes attending the local middle school. Children were divided in two groups where some kids were sent to collect litter abandoned on the beach while the others to collect the stones. Led by the artists' expertise, they realised three new fish designs, giving birth to a underwater world in miniature. 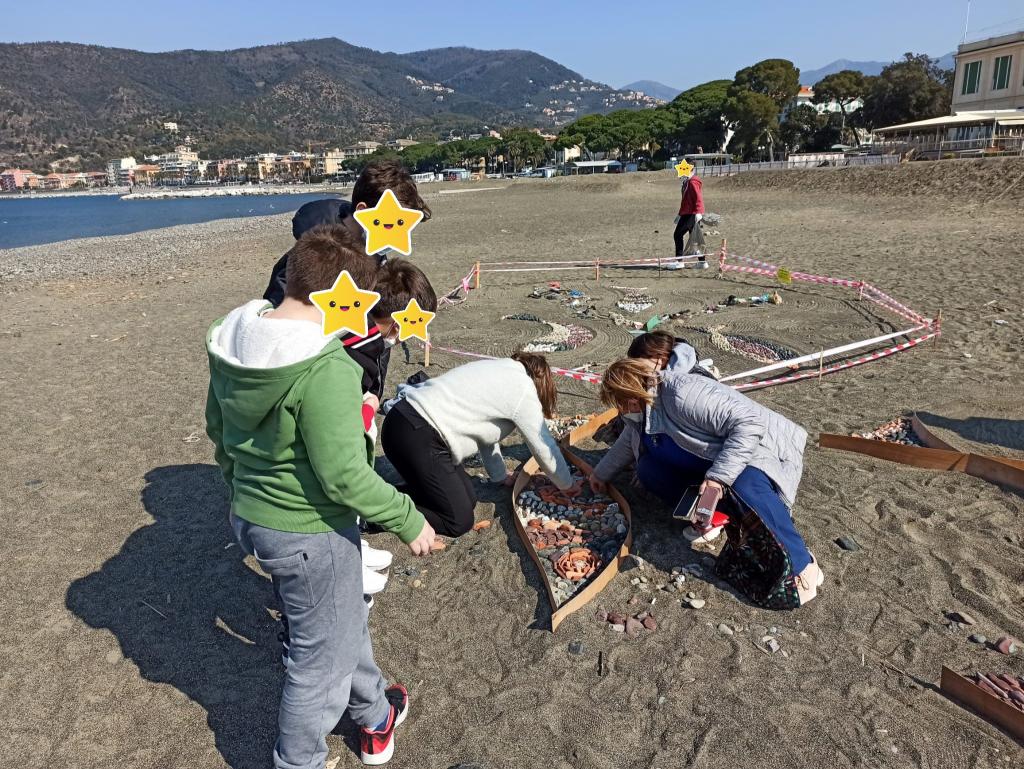 The artistic installation will be left a few days on the beach to be admired freely by people passing by.