Thanks to SOLE intervention in Jordan, students of Madaba are about to enjoy an energy upgraded school 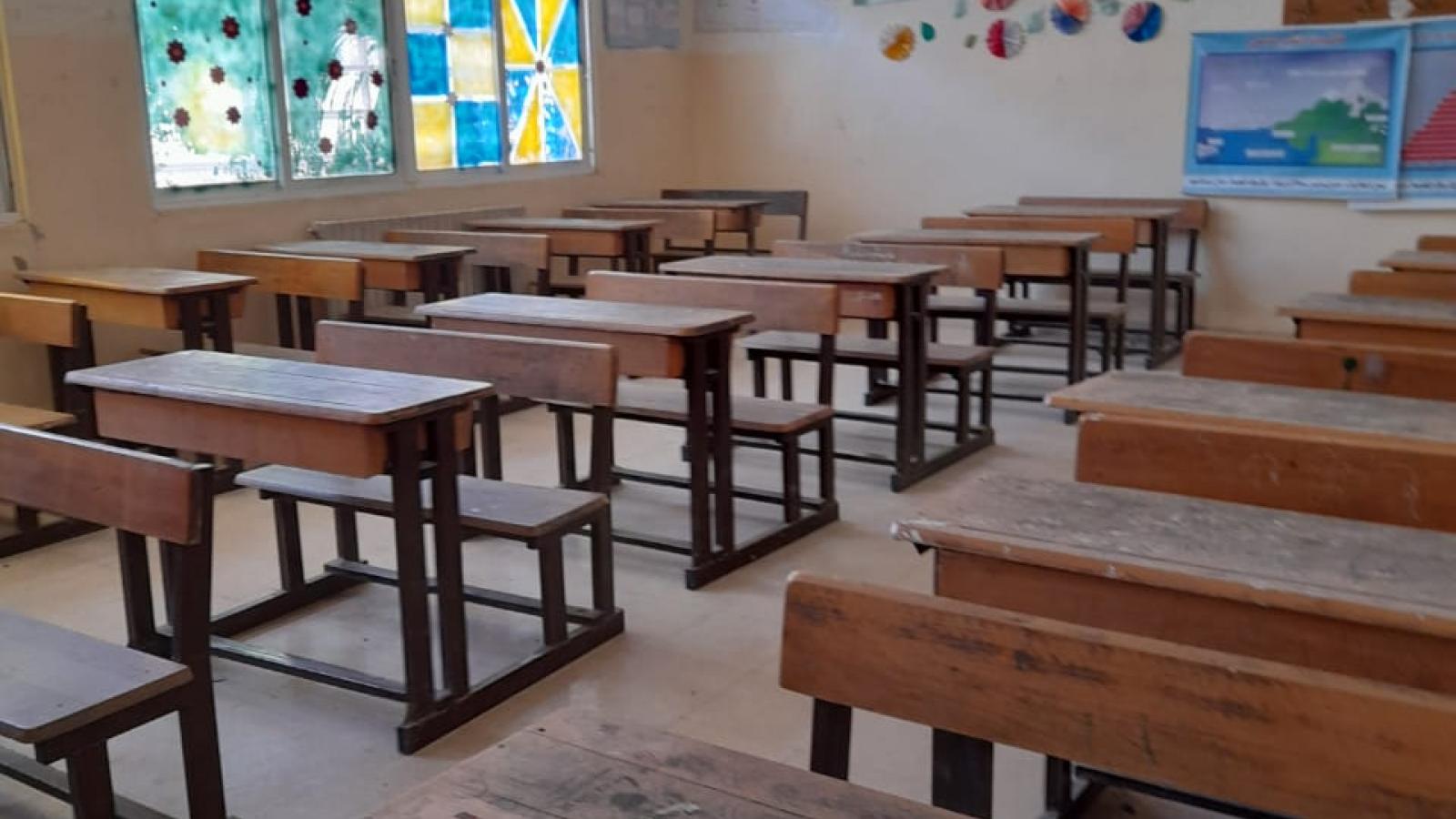 Among the main SOLE actions, great emphasis is placed on energy efficiency interventions in pilot buildings selected in each partner country across the Mediterranean.

In Jordan, the project partner, the Royal Scientific Society (RSS), is working to improve the energy performance of Iskan Faiha School, a public school in Madaba, located 33 km south-west of the capital Amman. The school building is fairly new but was built without taking into consideration energy efficiency. The building is not insulated, has no efficient lighting or air conditioning. The building does not use renewable energy and the school consumes over 30 kWh of energy annually. After the interventions by SOLE project, it is estimated a decrease in emissions of 84t CO2/year, 131 kWh generated by Renewable Energy Sources (RES) using 84kWp Solar Photovoltaic System. 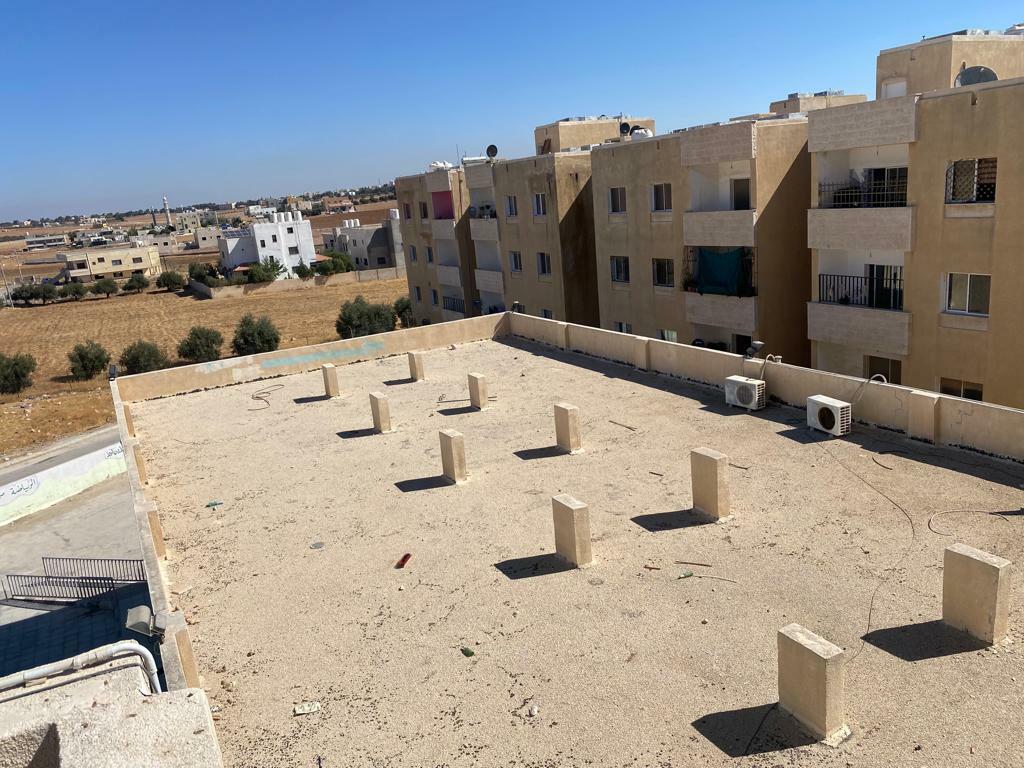 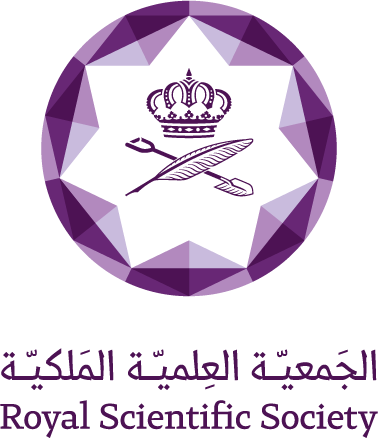 The work in the school began in September 2021 and will be completed by mid-February 2022.

The National Energy Research Centre (NERC) at the Royal Scientific Society (RSS) is the largest applied research institution in Jordan in the field of energy.

We have talked about the progress of this pilot project to eng. Waleed Shahin, the director of the National Energy Research Centre.

What is the spread of energy efficiency measures in Jordanian schools?

Public schools in Jordan in general face a severe lack when it comes to energy efficiency measures. RSS/ NERC is well aware of energy conditions of public schools as it has previously conducted numerous site visits to more than 200 schools all over Jordan, from north to south, and detailed energy audits. Public schools in general have a poor building envelope consisting of single glazed windows and no thermal insulation. Many schools have a diesel boiler for space heating; however, it is not usually used and, in most cases, schools are dependent on kerosene heaters to heat classrooms. Public schools usually have a limited number of inefficient on/off air conditioning units used for space cooling/ heating that are usually present in nurseries, kindergartens and management offices.

It is also found that the dominant types of lighting units used are fluorescent tubes (mostly used in classrooms and corridors), compact fluorescent lamp (CFL) (mostly used in toilets, staircases and for general purposes) and metal halide fixtures (floodlights for outdoor areas), where these units are being controlled only by on/off switches. There are no appointed personnel who are assigned to be responsible for energy management measures either by the schools or by the Ministry of Education which is the official body and considering all public schools are under its jurisdiction. Concerning the use of renewable energy, no public schools use photovoltaic systems which is the most popular choice of renewable energy in Jordan for public and commercial use, unless the school is part of national projects that encourage and fund the use of renewable energies.

How are progressing the works in the Iskan Faiha School? 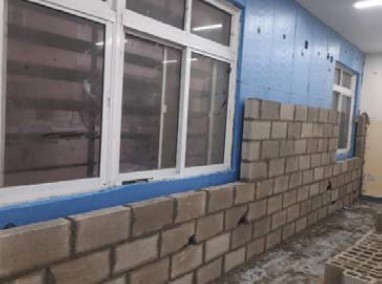 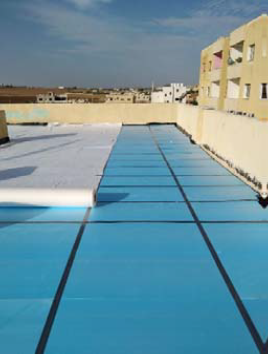 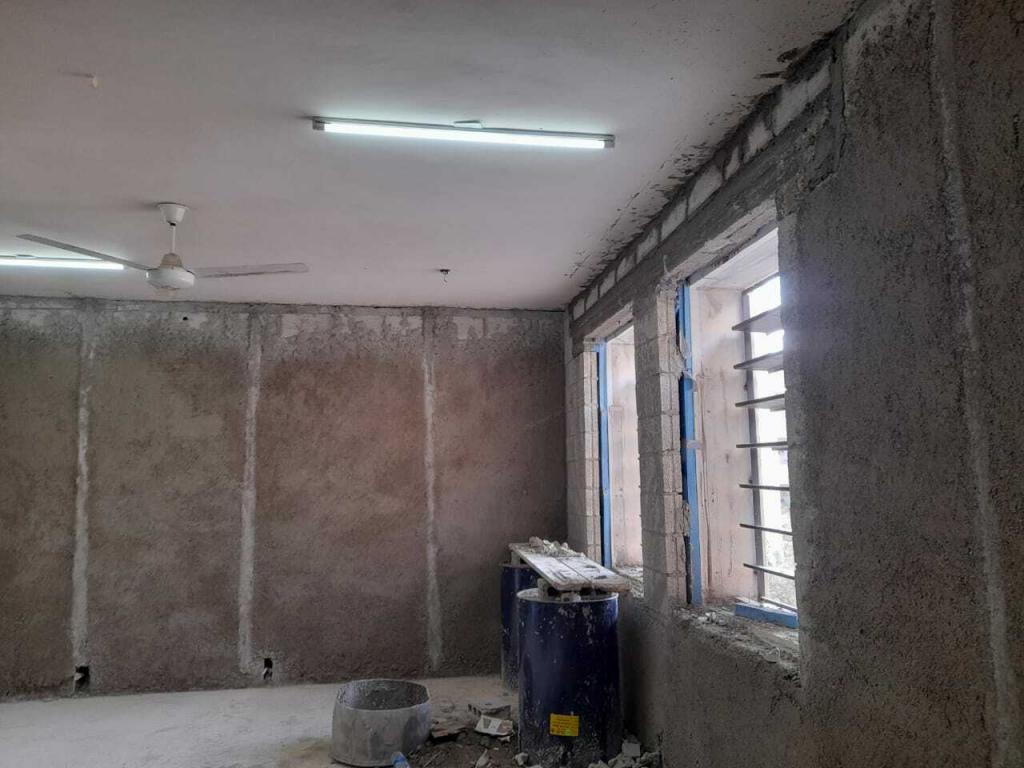 The project started in August 2021 and is estimated to be completed by mid-February 2022. The works regarding the energy efficient systems are being implemented simultaneously in order to finish the project in a timely manner.

What were the main obstacles you faced? Were you able to avoid interruption of classes during the energy retrofitting works?

The main challenge that faces the implementation of the pilot is to conduct the works while students are present and taking their lessons. Several meetings were held with the school’s staff, school principal and the directorate of education in Madaba in order to find the proper arrangements that ensures the safety of the students and the continuity of the educational process without interruptions. The project was segmented into phases in which students where completely isolated from the area of works, therefore ensuring the continuity of both the project’s work and the classes.

How do you think students will benefit most from this intervention?

In my opinion the students will benefit from the intervention mainly in two ways. this intervention will provide the students with a comfortable learning environment that will allow them to focus on their studies rather than being distracted by other external factors. The project will provide enhance lighting levels in addition to providing thermal comfort throughout the year.  Thermal comfort is one of the biggest challenges that faces schools in Jordan. Before the implementation the school was dependant on kerosene heaters to heat the classes which usually produced undesired effects.

The other benefit is that students become aware of these energy efficient measures, as they will interact with these measures on an everyday basis. This awareness being spread among the young generation will help them take educated decisions when it comes to energy, and always look for a way where they can use energy efficiently. Moreover, this awareness will be transferred to their families as most of the students will be talking to their parents about the renovations that are happening in their school and why it is happening.

Do you think the results of the energy retrofitting works will be as expected? 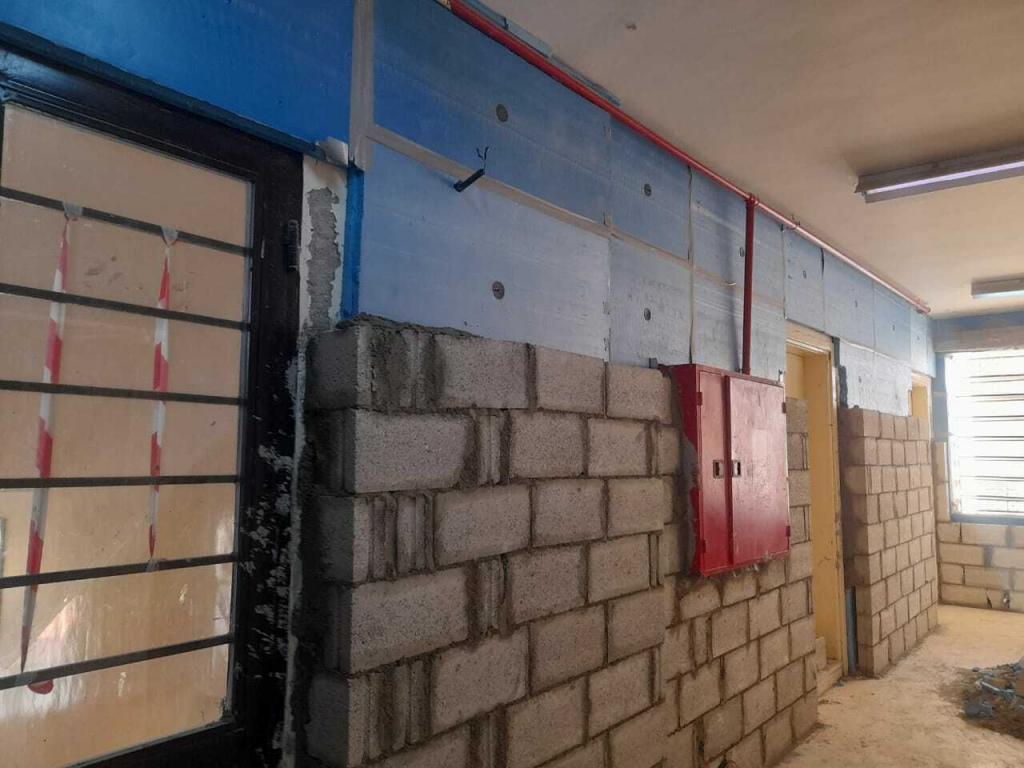 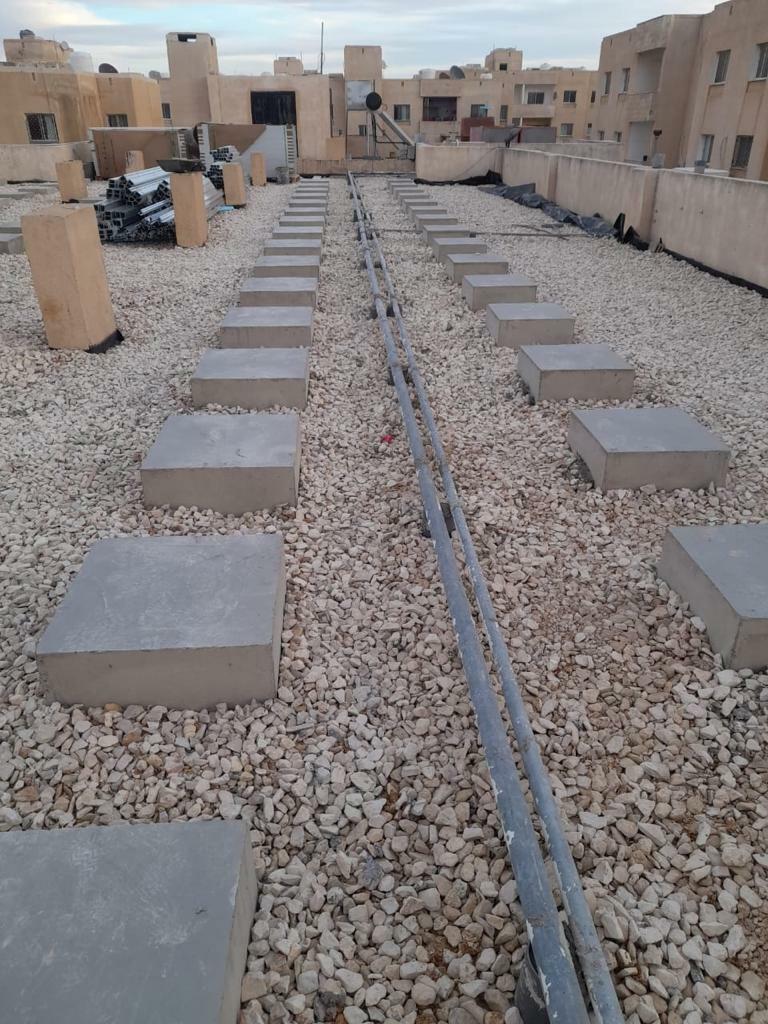 All the measures implemented were based on a detailed energy audit conducted by NERC’s team. The audit report described the various measures to be implemented and which will be the most efficient. As we are near completion, all measures have been implemented in a successful and proper manner, hence ensuring that they will achieve their expected results.

How do you think to disseminate the results of this energy retrofitting works with a view to replicating the intervention in other schools? 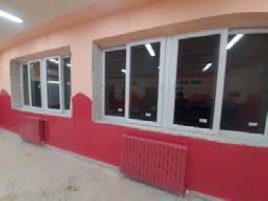 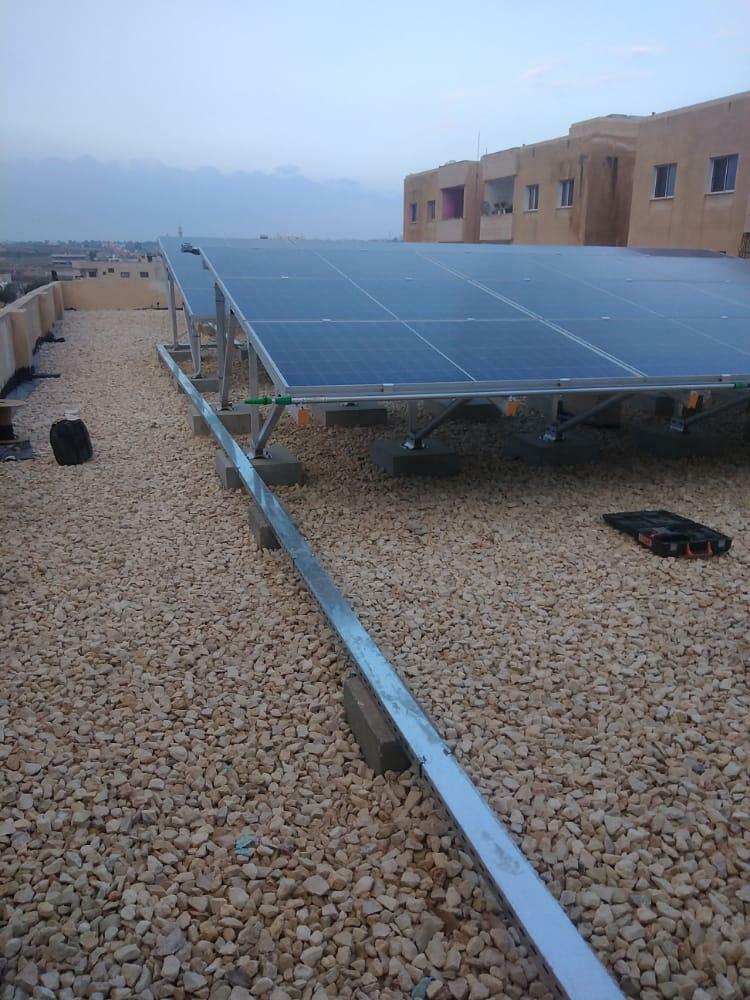 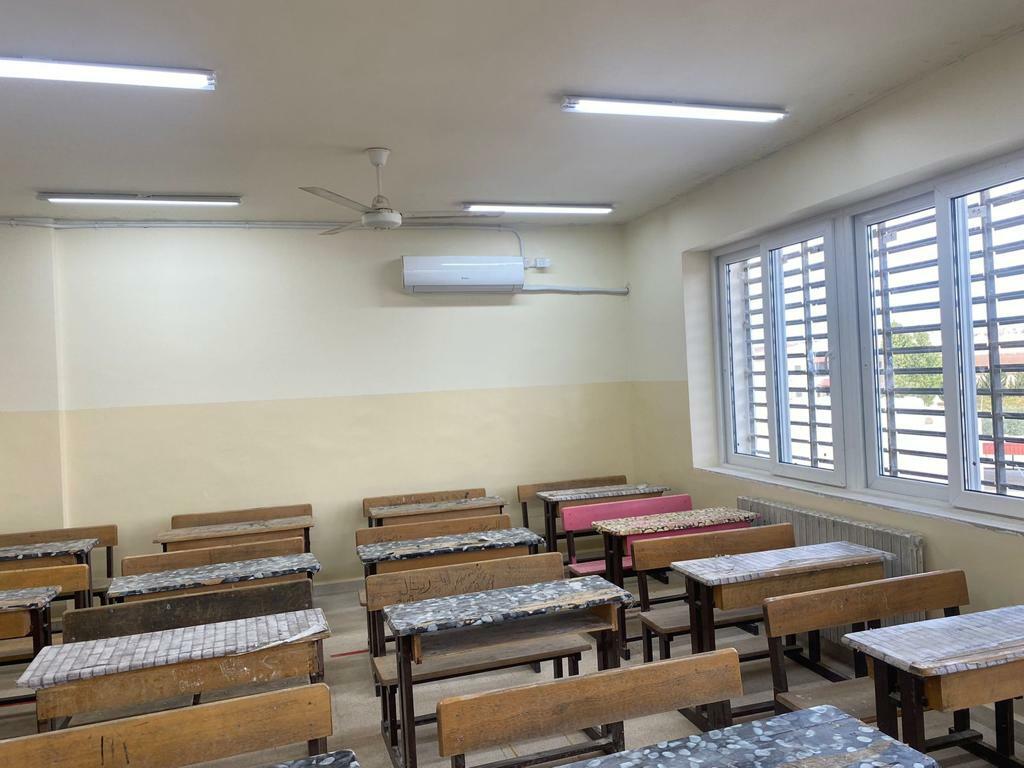 The school is under the jurisdiction of the Ministry of Education. An agreement was signed to ensure the cooperation between the two parties. As the ministry is responsible for all schools in Jordan, it will be our main target audience. The measures and details of the pilot project will be summarised in an easy to digest manner in order to communicate the results that the pilot project has achieved and how the Iskan Al Faiha project is capable of acting as a model for energy efficient school in Jordan. Other steps for dissemination will include posting updates of the project’s activities on our official page.