TEX-MED ALLIANCES - The etichal and sustainable brand, TheMedNew enters the world of cinema in Italy 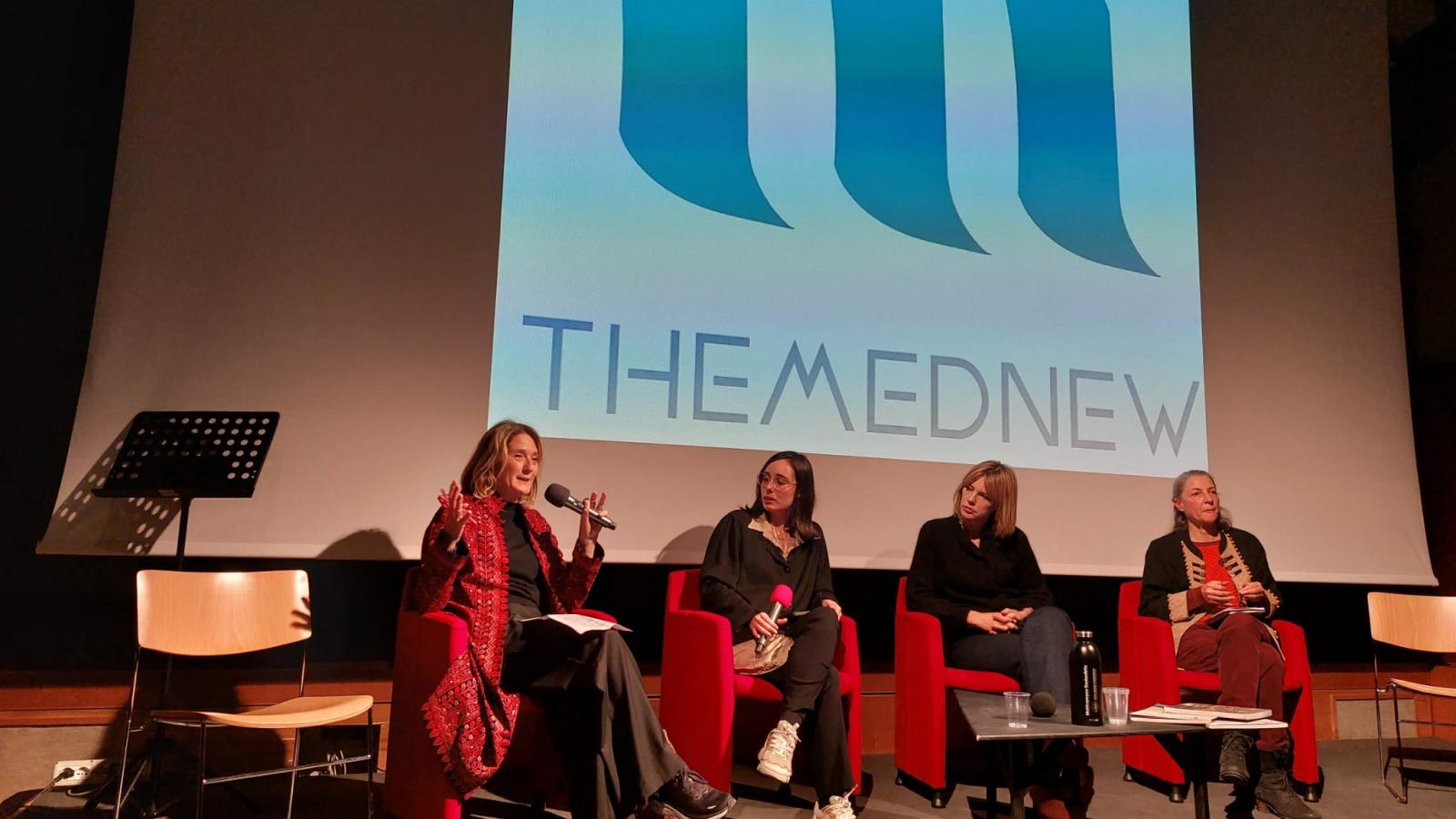 The TEX-MED ALLIANCES project and its ethical and sustainable fashion brand, TheMedNew, have had the opportunity to expand their audience beyond the textile sector. It has managed to enter the world of cinema!

On 26 November, we took part in the TerraViva Film Festival in Bologna, Italy. In its third edition, Terraviva Film Festival aimed to promote a vision of society that is increasingly attentive and sensitive to the most critical and sensitive issues of civil life, such as the inclusion and integration of migrant populations in our culture, the confrontation of identities, the strong social inequalities that result from them, etc.

According to the organizers, "the Terraviva Festival pursues a new cultural action capable of awakening critical and constructive thinking by focusing on the encounter and knowledge of the other as an antidote to inequality, material and immaterial poverty and marginalization".

TerraViva 2022 addressed the issue of the impact of clothing and textile production on the environment through a critical but constructive approach in particular on the actions that this sector can concretely carry out. That's why they invited us to participate.

In this context, the coordinator of the TEX-MED Alliances project, Mrs. Susanna Leonelli, and the fashion designer and co-creator of TheMedNew, Ms. Júlia G. Escribà participated in the talks included in the Genoese festival, like a number of realities (associations, foundations, start-up, etc.) active in sustainability and circular economy field that also were invited to bring their testimonies.

About a hundred people attended the presentation of the TEX - MED Alliances project and ethical and sustainable brand. Mrs. Leonelli told that "It was a very enriching experience, because "the main target of this festival is the students of high schools, plus the public at large. It's exciting to share with the new generations the social and ecological values behind TheMedNew's Manifesto". For that occasion, Leonelli wore a piece from the She Chocolate collection that arose a lot of interest. She Chocolate is a Jordan fashion brand and member of TheMedNew.

Susanna Leonelli and Júlia G. Escribà highlighted that "the presentation arose a lot of interest by both the public and the other participants".

The TEX-MED Alliances project keeps traveling around the Mediterranean to raise awareness of its features, facilitate cooperation between textile companies and disseminate a new way of producing based on sustainability and a circular economy. Stay tuned for more information!