Spread the word in Alghero-Italy, the DIGITAL CANVAS is now available by MED GAIMS in medieval San Giovanni Tower 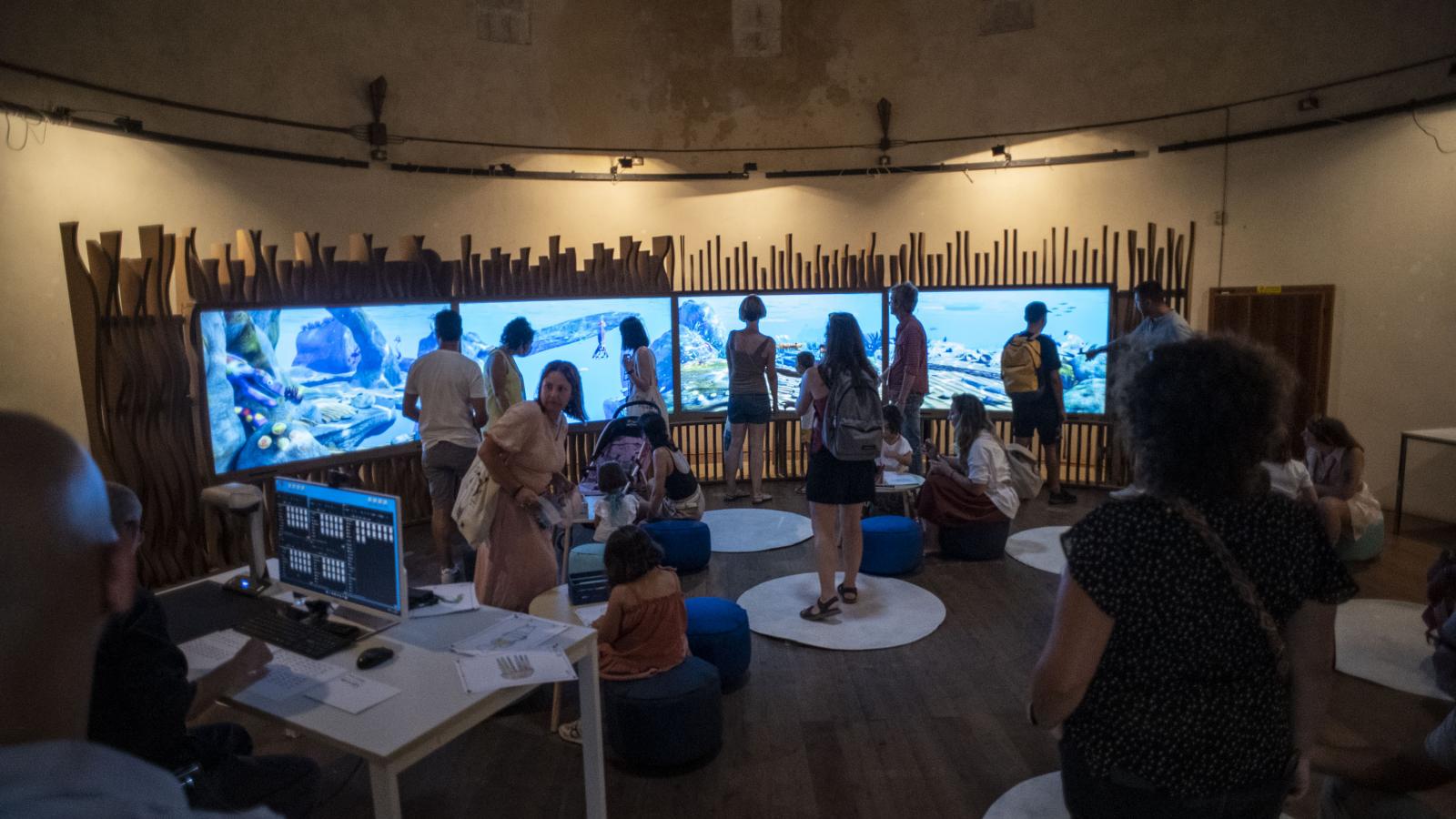 DIGITAL CANVAS is one of the ten games released by Fondazione Alghero within the MED GAIMS project. It is one of the most important and impactful installations within the Play Alghero system. The game is installed inside the ancient medieval tower of San Giovanni, at the heart of the old town of Alghero, it consists of 4 mega touch screens projecting a seascape populated by flora, fauna and underwater archaeology artefacts that were actually found on the coast of Alghero and currently displayed at the MŪSA Archaeological Museum of Alghero.

Designed for players with no age limit, the game crosses the boundary between physical and digital reality and transforms the knowledge of Alghero's history into a playful and immersive experience. The game is in fact developed in two phases: a physical phase in which players choose and color the 2d drawings available in the hall. Once colored, the drawing is scanned and transforms into a 3d part of the virtual worlds projected inside the mega screens representing 4 scenarios:
- The Moray Cave
- The world of fossils
- the plains of poseidonia
- The underwater archaeological park

The main feature of the game is its generative and participative soul since it is a digital world that evolves according to the pictures drawn by the players. Every component in the world (fish, sub, objects) has a role to play. Everyone in the space can interact with the environment by touching individual components to alter their behavior.

The installation was inaugurated at the end of June and to this date has been attended by over 5000 visitors. In August, ad hoc didactic workshops, The DIGITAL CANVAS Lab, were organized to promote the use of the game and its educational function. In the coming months, educational activities will be intensified with the involvement of schools within the city and across the region.

In addition, the presence of the installation inside the tower has contributed to making the space a place for meeting and sharing, giving it a defined and recognizable role, guaranteeing daily opening through dedicated staff.