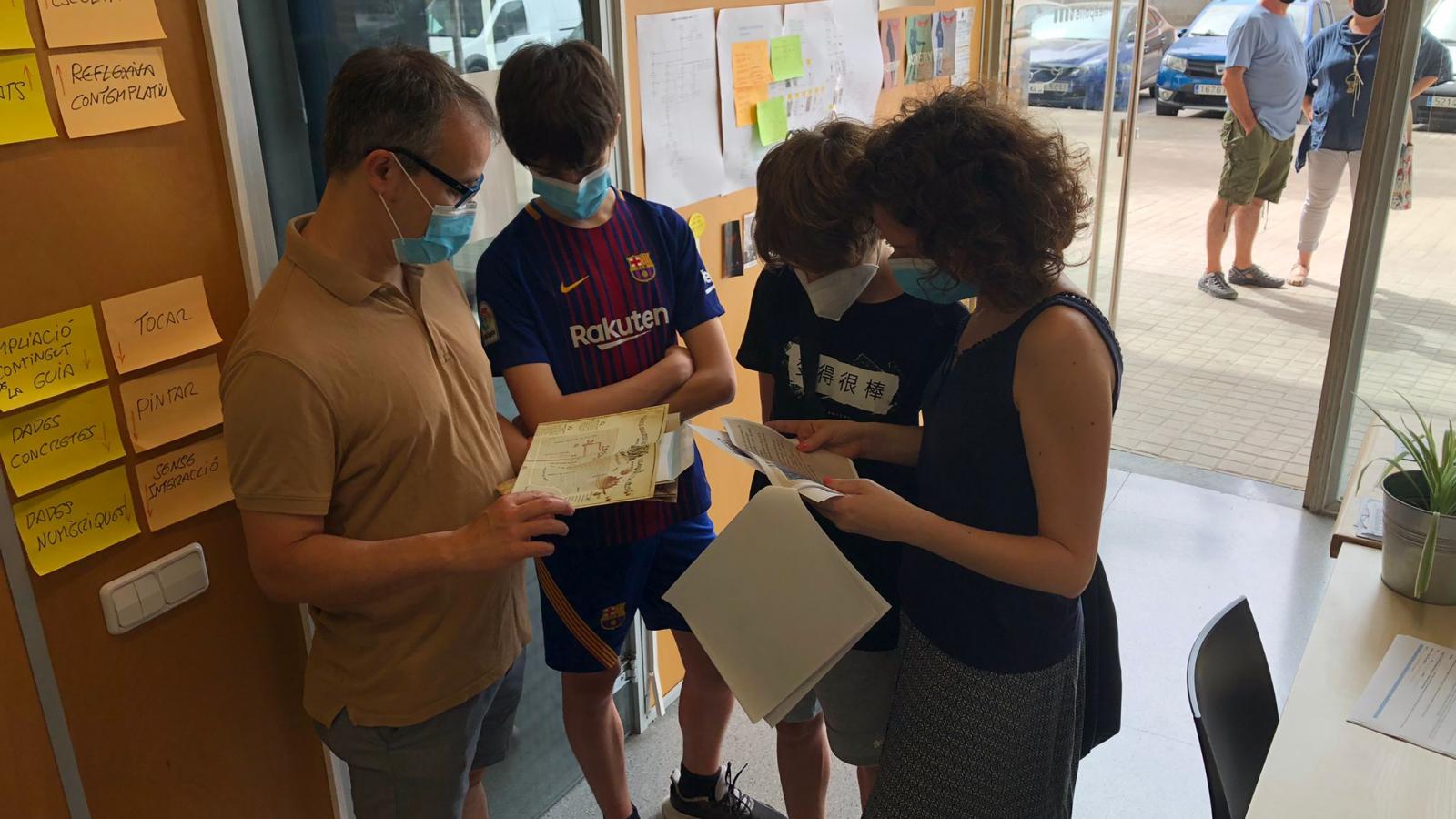 Health and technology, the revolution in the audiovisual media and the digital transformation of work are the themes of the three main days of the Mobile Week (mWeek) that will take place in Vilanova i la Geltrú. Neàpolis, an agency for innovation in technology, communication and creativity - partner of the MED GAIMS project - organized on 15th,16th and 21st of June three days on technology within the programming of the Barcelona Mobile World Congress. Eighteen towns throughout Catalonia offer activities linked to this annual world event.

In the framework of the mWeek, Vilanova i la Geltrú hosted open days to allow citizens to test the digital and analog games that are being designed within the MED GAIMS project, and family days which offered three workshops: a first one to repair toys with 3D printers with Funlab; another on robotics and breastfeeding with Tecnolab; and a final workshop to build a CO2 meter with Tecnotrack and Aireamos.

The mayor of Vilanova i la Geltrú, Olga Arnau, claimed during the presentation of the program held on 7thJune , the role of cities such as Vilanova i la Geltrú in the construction of the future. For the mayor, "it is an unbeatable opportunity to vindicate the role and participation of the cities of Catalonia in projects related to the country, technology, innovation and social welfare."

For her part, the councillor for Innovation, Conxi Martínez, emphasized the will of bringing "technology closer to the citizens, to everyday use, how we give it this value, this utility". Martínez also explained that the theme of the three days held atVilanova i la Geltrúmatches  matches with “the strategic lines we have as a city: a clear commitment in the field of health, media and economics'.