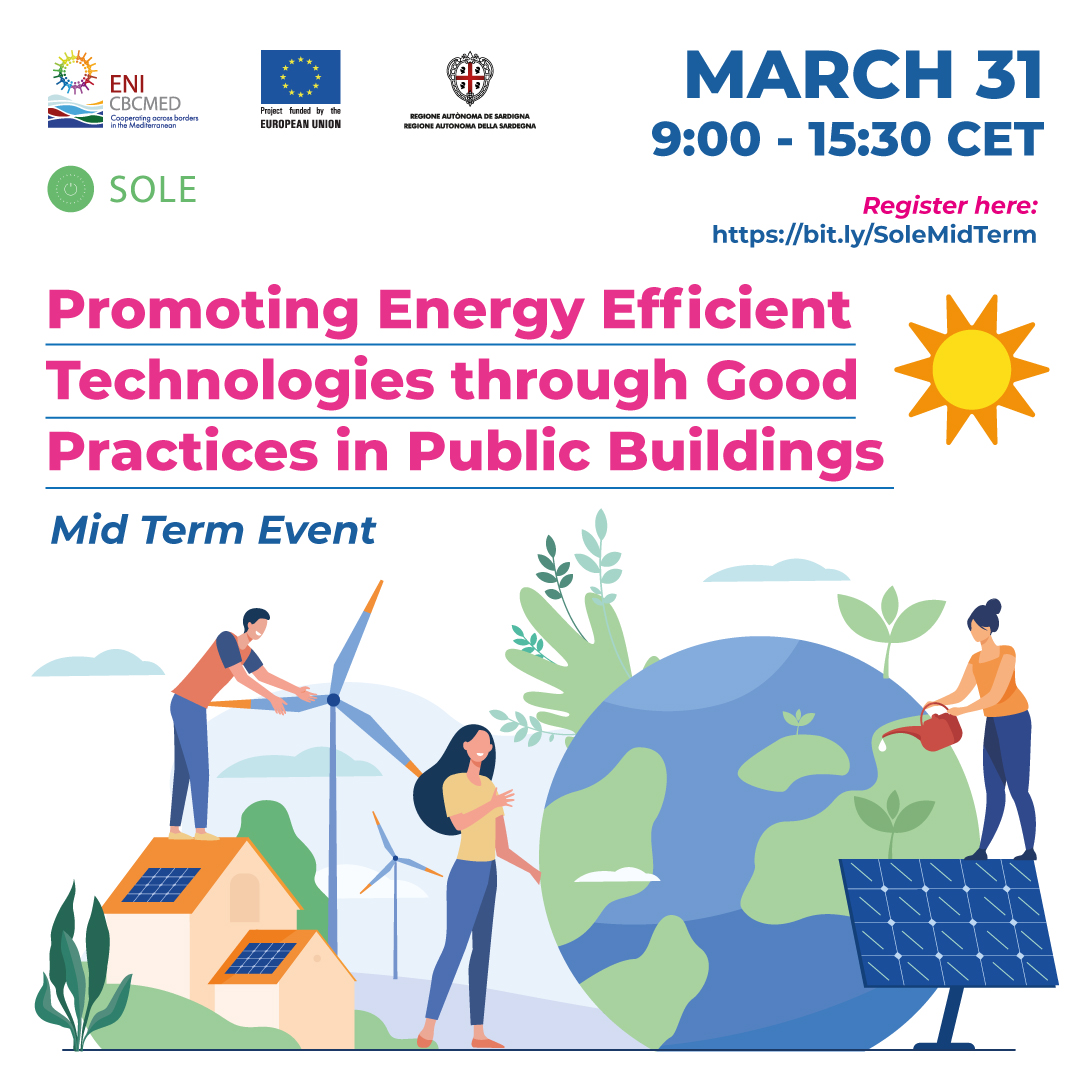 The Royal Scientific Society (RSS), in collaboration with the entire partnership of SOLE project organises the event entitled “Promoting Energy Efficient Technologies through Good Practices in Public Buildings” that will be held online the next 31st of March 2022, from 09:00 to 15:30.

The virtual meeting, after a project overview , will focus on the energy upgrading requalification plans of 7 selected public buildings, both from technical and financial point of view thanks to the contribution of technical experts of SOLE partners. The Jordanian partner, RSS, will be presenting a short video explaining the steps that the project has gone through as they are in the stage of finalizing the works of improving the energy performance of Iskan Faiha School, a public school in Madaba, located 33 km south-west of the capital Amman.

This initiative will also support the official launch of the ACT GREEN campaign to encourage the behavioural change of people relating to the energy waste reduction. ACT GREEN is aimed at achieving an impact on the people’s mindsets and enhancing awareness of the proper use of current technologies and in some cases providing low to no cost measures that can affect the energy consumption. A pack of tools and suggestions will be presented, including an animation video that makes the campaign appealing, to spur both managers and users of public buildings to make the campaign a success. Each partner is going to realize the campaign in its country but whoever is invited to promote it at his or her workspace or individually at home.

A special guest during the event will be Rich Hurst of Durham County Council who will present their studies on behavioral changes regarding energy efficiency in the framework of Rebus Project financed under Interreg Europe program.

The event will be targeted to project stakeholders, energy technicians and general public.