The SOLE Project focuses on the energy efficiency improvements of public buildings in the Mediterranean. One of these buildings is located in Lebanon, in the heart of the coastal city of Jounieh (150,000 inhabitants). It is called the Fouad Chehab Stadium, a municipal sports complex established in the 1960s, during the era of Lebanese President Fouad Chehab (1958-1964).

Description of the building

The selected building is a multi-use stadium which includes a roofed basketball court with a capacity of about 1,200 seated spectators, a mini-football yard, and a football stadium that, according to international standards, can contain 4,000 seated spectators surrounded by an Olympic track for athletic games (running, race walk, relays, long jumps). The complex has private squares and parking spaces that can accommodate more than 500 cars. The total plot area is around 38,700 m2, covering the above and surroundings. The stadium also hosts various sporting and musical events throughout the year but unfortunately, the building’s envelope and systems are old and need renovation. 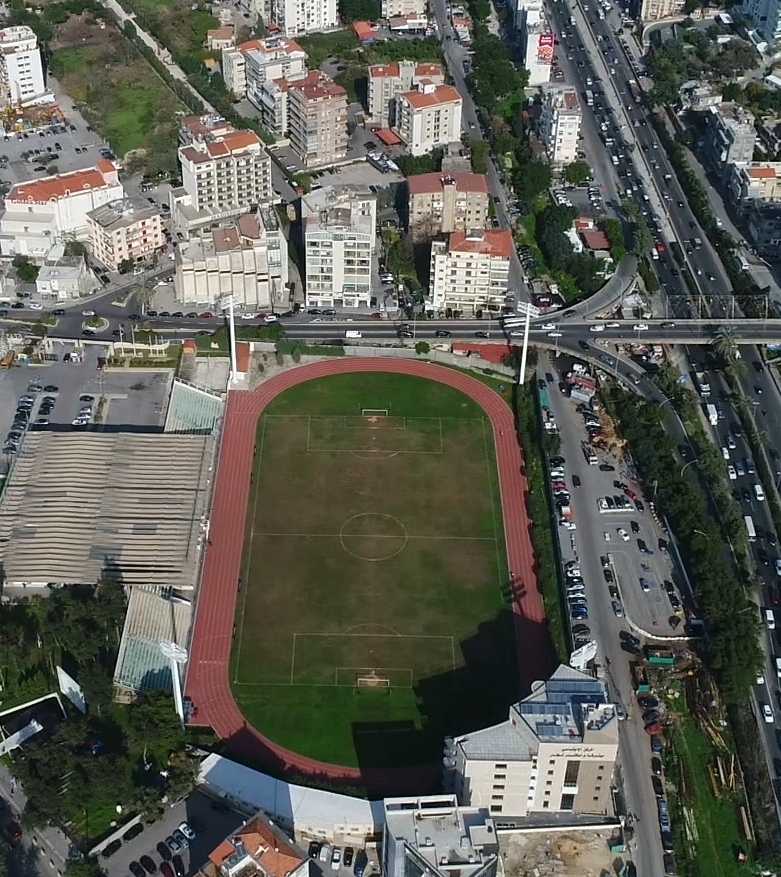 The building has a concrete structure and a post-tensioned roof. It has a high percentage of glazed surface area (56%), which is made up of single glazing and metal frames, in addition to 2 large steel doors. There are ten individual air-conditioning units (with split systems) for the administrative offices. The complex has two private diesel generators that produce electric power to satisfy demands because there is a high shortage of electricity supply in Lebanon.

The proposed intervention aims to improve the energy performance of the complex, reduce the energy bill and the environmental impact of the facility, in particular by improving the energy efficiency of the basketball area.

Description of the intervention

The pilot's main action will consist of thermally improving the building envelope (replacement of the existing single-glazed windows by double-glazed windows and insulation of the façade). Another action will tackle the building service systems: ventilation/cooling and lighting. The improvement strategy will consist of replacing the lighting by a more efficient system and the use of automation and monitoring systems to optimize the need for the energy required by the structure. It will also be explored the possibility of installing a photovoltaic system for electricity generation on the roof of the building or in the parking area. The intervention provides for the total funding of 250,000 Euros and it is financed by the ENI CBC Med Program.