So much architectural details to be realized in Mseilha castle; a challenge to MED GAIMS-Lebanon 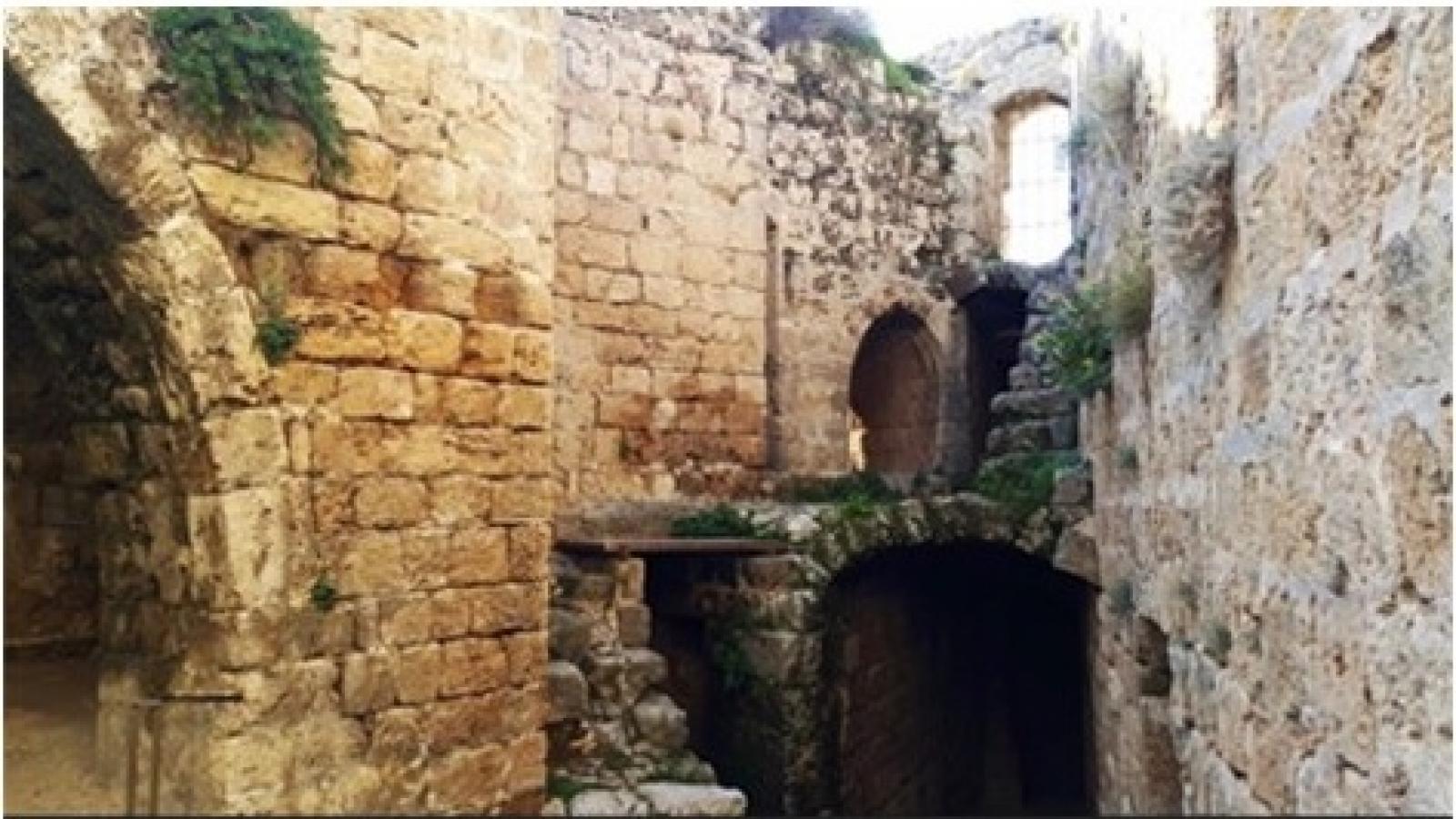 After the collapse of the promontory of Ras ech- Chaq‘a, the coastal road at its foot becomes unreachable, the communications were strictly possible through the Mseilha valley.  Consequently, it was obvious to see being established fortified posts to ensure the safety and the surveillance on this difficult road. The most important one of those posts is the prestigious fort of Mseilha. The Fort was used as a military base and at the same time for security reason as a watchtower to control the road linking Batroun to the North. Accordingly, the defense system of the fort is conceived in a way to satisfy the triple function of controlling, commanding and linking the cities of Batroun, El Heri and Tripoli.

A narrow path and steps cut into the rock lead to the fort; these steps give access to a terrace and to the entrance of the Castle.  A small door surmounted by a low arch is defended by a deadfall opened in the ceiling of the door; it is supplied from an archery which overhangs the door. The deadfall is a mechanism of the old defense system through which the soldier can drop stones or boiling water or boiling oil on the head of the assailant. The door is, therefore, double protected by the slit of the entresol, and by the other one located at the angle which separates the eastern and western blocks of the fort, and also by the deadfall.  It is important to specify that the second arrow slit controls the path and the platform leading to the castle. Archers are narrow openings made in the wall of the fortress in order to shoot arrows against the attackers. There are many types and forms of archers, those of Mseilha are simple vertical slits ending with a rectangular or triangular opening at the bottom.

The door gives access to a vaulted vestibule and it is followed by a narrow triangular courtyard.  A wide passageway leads to the archery room of the west tower of the castle. The southern part of this courtyard is constructed over underground vaulted cistern. The water reservoir is covered with plaster to prevent water loss. Rainwater was collected in the reservoir and we still can see the canalizations cut into the rock to conduct water to the reservoir.
The well-fortified keep of the castle is located on the eastern part and it is higher than the western one. After the entrance to this block, a staircase leads to the rooms of the first floor of the eastern tower, those rooms constitute the most fortified and equipped part of the castle due to the position of the archery room and the number of archers in the walls.  The protection of the castle is essential and never was without guardians. They were distributed around the castle and on the tours to control and observe any kind of attack or visitors or messengers.