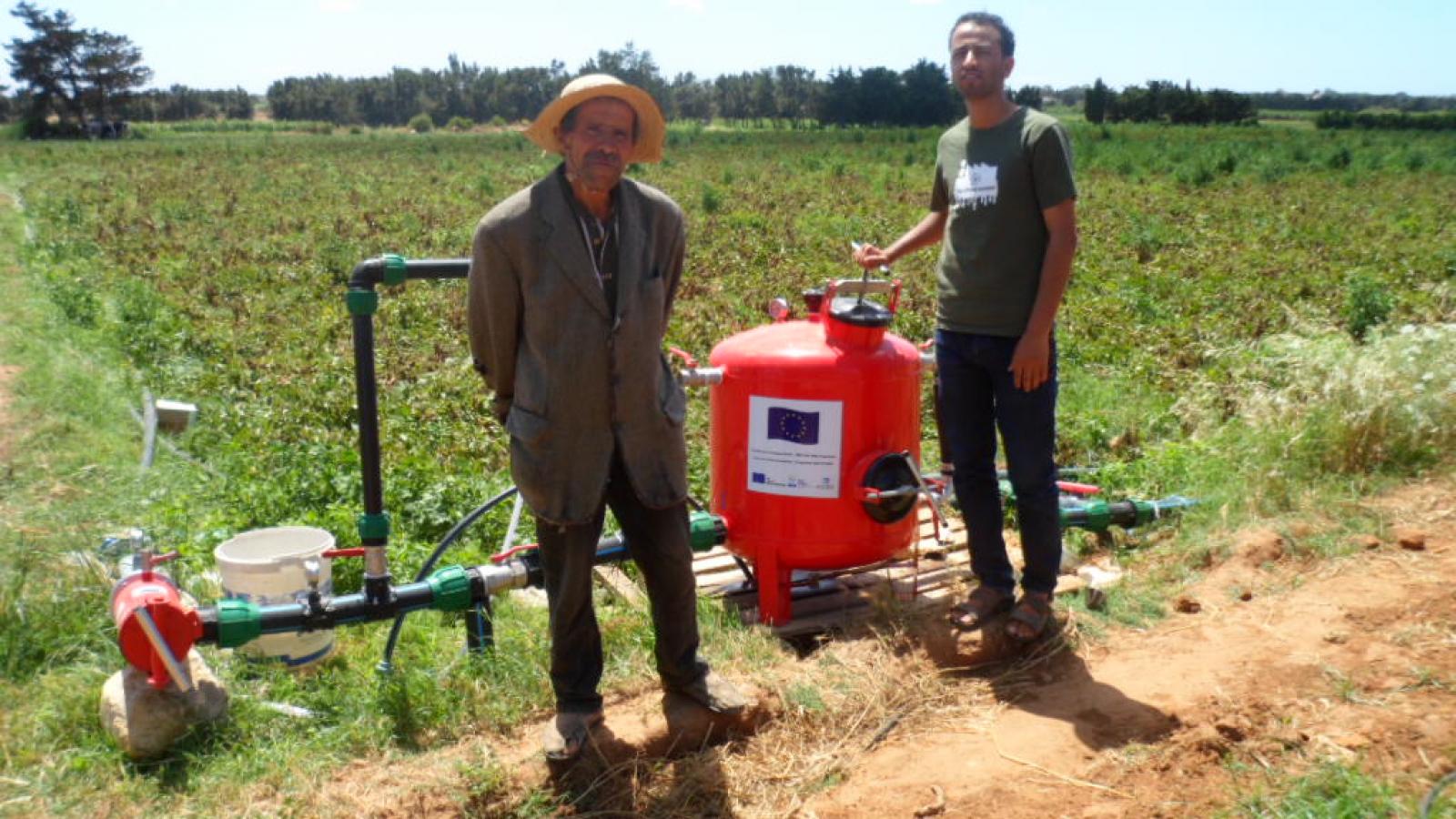 Photo taken from ICU during project implementation in Tunisia

This interview has the aim of highlighting the background that led ICU and PROSIM partners to imagine, shape and develop PROSIM project.

What are the previous experiences and background that led to the development of PROSIM project?

PROSIM project has its roots in the positive experience of ICU’s projects on innovative irrigation implemented in Jordan and Lebanon, started more than 20 years ago. From this background, a series of innovative project regarding water use efficiency and non-conventional water use has emerged.

The innovation proposed are the result of a strong cooperative effort between local partners and ICU’s professionals. In this regard, ICU’s bottom-up approach strongly relies on its local partners and the analysis of their needs. This approach leads to the empowerment of local actors, which on their turn raise the possibility of a long-term sustainability of the solutions proposed and implemented by the projects. As an example of this approach, it is worth noticing that the fertilizing-irrigation solution applied during the "Improvement of irrigation water management in Lebanon and Jordan" project in approximately 10 hectares in Lebanon was autonomously applied and scaled up by farmers in other 90 hectares.

Through this true cooperative work, in small scale, it is also possible to pursue the objective of social pacification thanks to the creation of new local jobs and the development of professional skills, considering the pivotal importance of work for human, economic and cultural development and the consequent reinforcement of familiar-communitarian cohesion.

Which is the relationship between ICU and local partners in PROSIM project?

The relationship with local institutions is fundamental, as it guarantees the durability and sustainability of project results. A project which interacts only with direct beneficiaries, without taking into account the entire ecosystem of actors, has less chances of success in comparison to a project where local institutions are thoroughly considered and empowered.

The word “cooperation” suggests itself the presence of multiple stakeholders working for a common objective, which has to be relevant for final beneficiaries. In this regard, a project has to rely on both the donor, the lead beneficiary and the local partners in order to have success.

For this reason, PROSIM project foresees a strong involvement of local institutions, thus avoiding infructuous shortcuts that could allow a direct relationship with final beneficiaries, but, at the same time, could impede the long-term success of the project. In this regard the project works as an accelerator of development, which could lead to the spreading of innovative irrigation practices in the Mediterranean basin.

Which are the future developments that we can foresee after PROSIM project?

The development of innovative projects in the future is strongly related to the priorities set by donors. Among these topics, the development of local business ventures (both in the forms of startups and existing enterprises) is probably of utmost importance. This approach could indeed guarantee the durability and scalability of the innovative solutions applied. In this regard, many entrepreneurial initiatives are flourishing in the agri-food field, bringing with them the need of structuring and reinforcing their governance and managerial/financial capabilities. This phenomenon leaves rooms to a new horizon of cooperation projects in the agricultural sector, which could strengthen local enterprises and foster innovation, while relieving the burden on public budget.