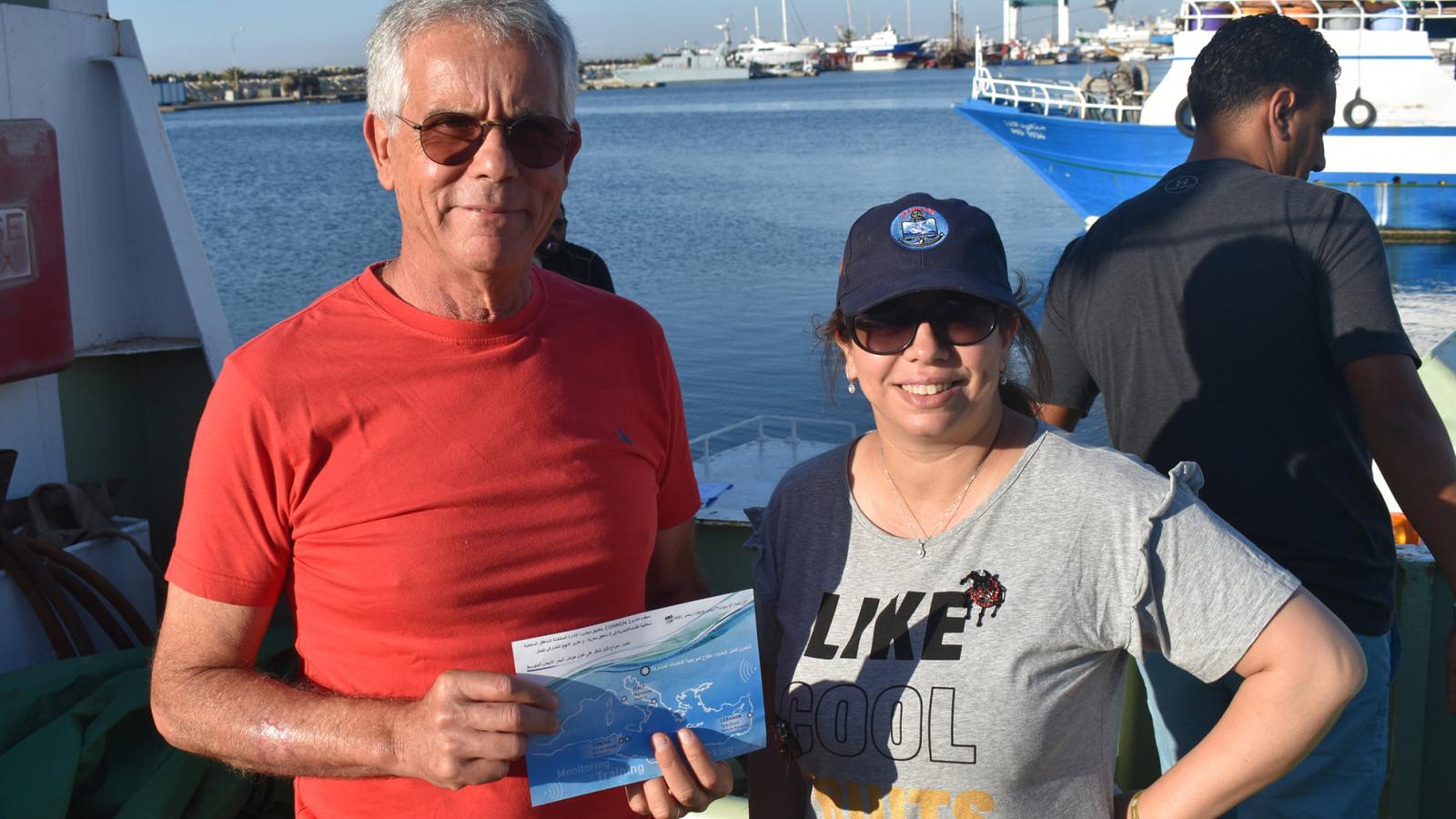 On board the Amilcar-Mahdia boat, the scientific team of INTSM (Institut National des Sciences et Technologies de la Mer), partner of the COMMON project, started to monitor the sea, a fundamental activity to investigate the state of health of our water and analyse the presence of microplastics. Coordinating the work, Sana Ben Ismail, professor in physical oceanography and coordinator of the Tunisian pilot areas of COMMON project.

“As a partner in COMMON project, the INSTM intends to monitor microplastics in two pilot areas of the project, Monastir and Kuriat Island. Two campaigns are planned each year: one in Spring and one after the tourist season in October to assess its impact on the pilot area. Due to the health situation of COVID-19, the pre-season campaign has been postponed for October 2020. However, a preparation (test) campaign was carried out in early August”, tells Sana Ben Ismail.

“In parallel with the monitoring of the surface microplastics, the observation of the floating marine litter is carried out on board in addition to the Beach Monitoring campaigns on the pilot area's beaches. We are also planning to monitor the microplastics in the targeted species such as the sardines Sardinella pilchardus or the bug Boops boops”.

Professor Ben Ismail, what are the results of the first monitoring carried out in August?

“The test campaign carried out in August was necessary for the project team to become familiar with the pilot areas. A meeting with the project team was held during which the sampling stations were discussed and then validated according to their relevance in the study area. Five stations were thus sampled using a Manta net of 200 micron, which allowed us to test the feasibility of the sampling as well as the equipment. The samples of microplastic collected were stored in ethanol 70 ° and will be processed later in order to study their composition.
In addition, we used a (Remotely Operated Vehicle), a submarine for the ocean study and also using to assess the situation of plastic pollution in the pilot area's bottom.

Why is it important to monitor at sea?

Sea observing and monitoring are basic advances towards tending to explicit inquiries concerning marine litter, including microplastics. They are expected to survey the state or level of contamination and give target data to plan measures as well as to evaluate their viability to promote a management plan with a real impact.  Monitoring helps to understand the type and origin of marine litter, the identification of hotspots as well as to study the impacts on biodiversity, human health, seafood safety and tourism in order to set targets for reduction measures of marine litter.

What other activities are you doing with the INSTM within the COMMON project?

The INSTM is working on training activities for local stakeholders to introduce marine litter management, on proposal of actions for developing public policies for an improved management of marine litter and, finally, we are involved in the creation of a coastal cities network against marine litter.
In addition, we are involved in the main awareness activities provided by the project: the BEachCLEAN campaign with tourist operators in Monastir region, and the 27th edition of Clean Up the Med, the biggest beach cleaning campaign in the Mediterranean which will bring together local bodies, the institutions, the NGOs and the citizens belonging to COMMON's  partner countries around the same objective: make the Mediterranean cleaner.