[MedArtSal] Did you know that the pink colour of flamingos comes from the salt flats? 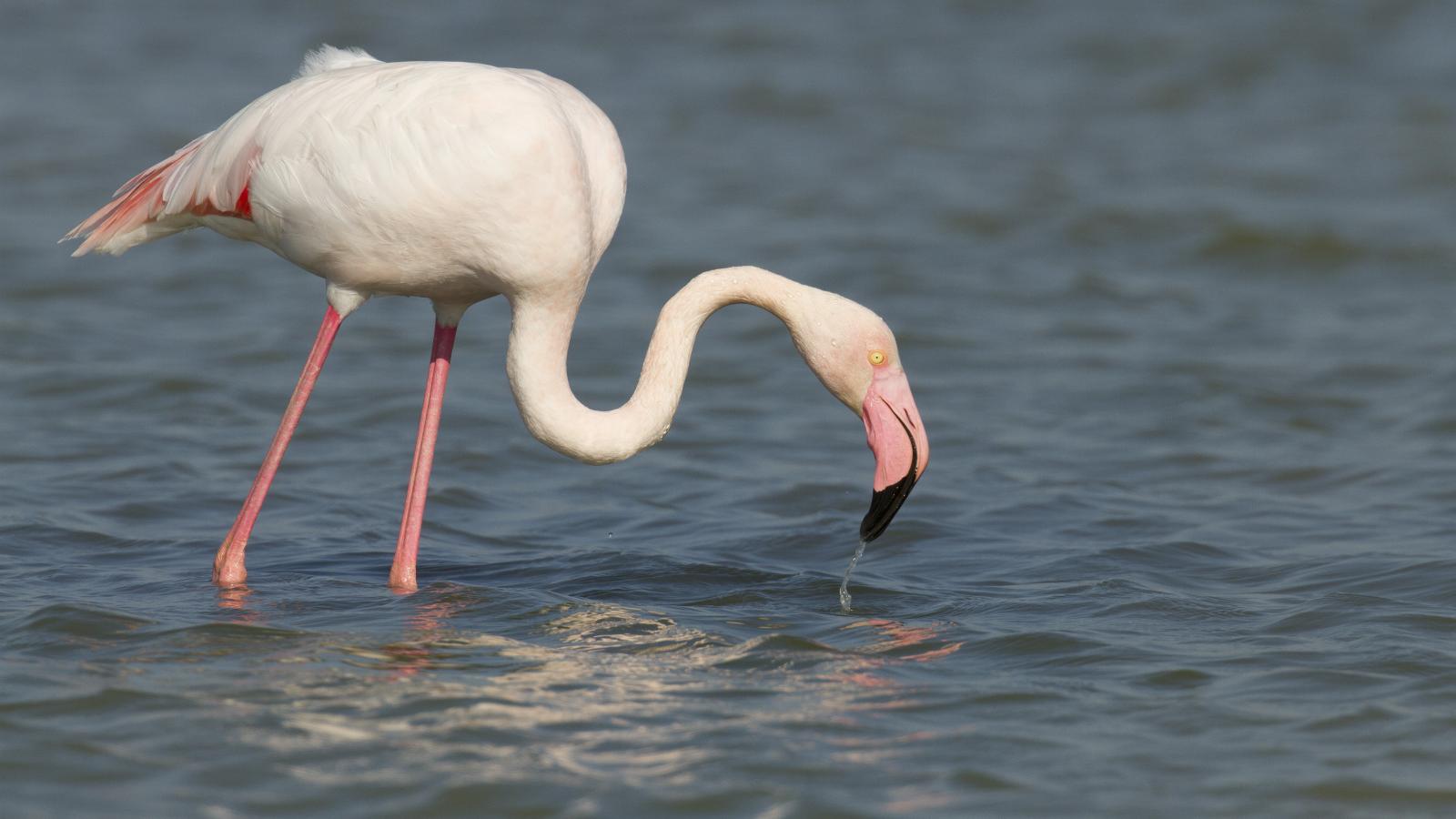 The flamingo is one of the most famous and majestic birds. They are characterized by their beautiful pink colour. But what is the origin of this colour?

Thanks to its acidic algae, mineral-rich water and the diversity of its aquatic creatures, the saline is an ideal habitat for flamingos.

The flamingos are indeed not pink by nature: they become it, in particular because of their food. They are born white-grey and will gradually turn pink. These large birds live in colonies in humid areas, such as lakes or salinas. These places offer them a very specific diet: algae, larvae and small crustaceans that are very rich in carotenoids, pigments that, once digested by the flamingos, will be deposited on their skin and their feathers.

The flamingo has a gland that allows it to excrete excess salts from its nostril, so it prefers shallow, salty, like salinas that it frequents in greater numbers in winter. 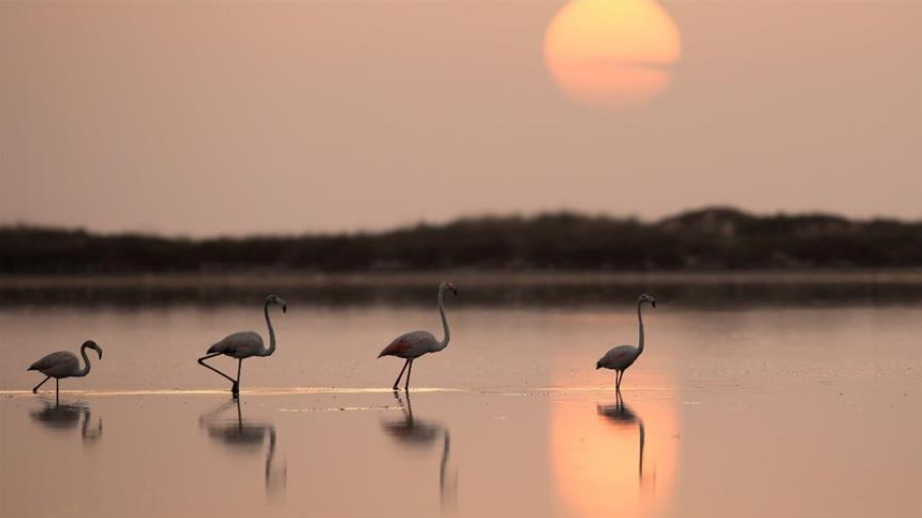 The algae found in salt lagoons are pink in colour and contain photosynthetic pigments. These are the carotenoids, like those found in carrots or in many other vegetables and plants. Once the bird swallows this pigment, it will be transmitted and then retransmitted throughout the food chain.

It is therefore as they age that flamingos will acquire their pink colour. However, this is not uniform between individuals, varying from very pale to very dark. It depends on the type of environment in which the flamingo is and the volume of food it can find there.

The colour of the flamingos is an asset for the species since it allows the bird to be less visible in its environment, the salt lagoons, often tinged with pink. Some specialists believe that the colour may have become more intense over the centuries due to the principle of survival. Carotenoids have antioxidant properties and strengthen the immune system. This means that the pinker the bird, the healthier it is and the better it is to deal with infections. The flamingos would thus tend to turn to the brightest individuals of their species when mating.

Where to see flamingos in Tunisia?

In Tunisia, the number of flamingos varies between 800 and 1,000 in summer. In September, with the start of migration, the sanctuary welcomes between 3,500 and 4,000 flamingos.

To admire this landscape, you can go there throughout the year, but the spectacle is even more impressive in spring, during the breeding season and then in February-March, during the laying period. The flamingos are mainly found in the salt lagoons stretching from the north to the south of Tunisia.

In the north, they are found mainly in the lagoons of Tunis and at Cap Bon more precisely the lagoon of Korba. In the south, flamingos live in the salt flats of Sfax and in Djerba in the island of flamingos throughout the year.

Today, the salt flats of the Mediterranean suffer from environmental pressures and economic tensions. In this context, the ENI CBC Med programme launched the MedArtSal project which aims to define a sustainable and adaptable management model for artisanal salinas including, among others, a marketing strategic plan and a biodiversity strategy to preserve flamingos and others species living in Salinas.