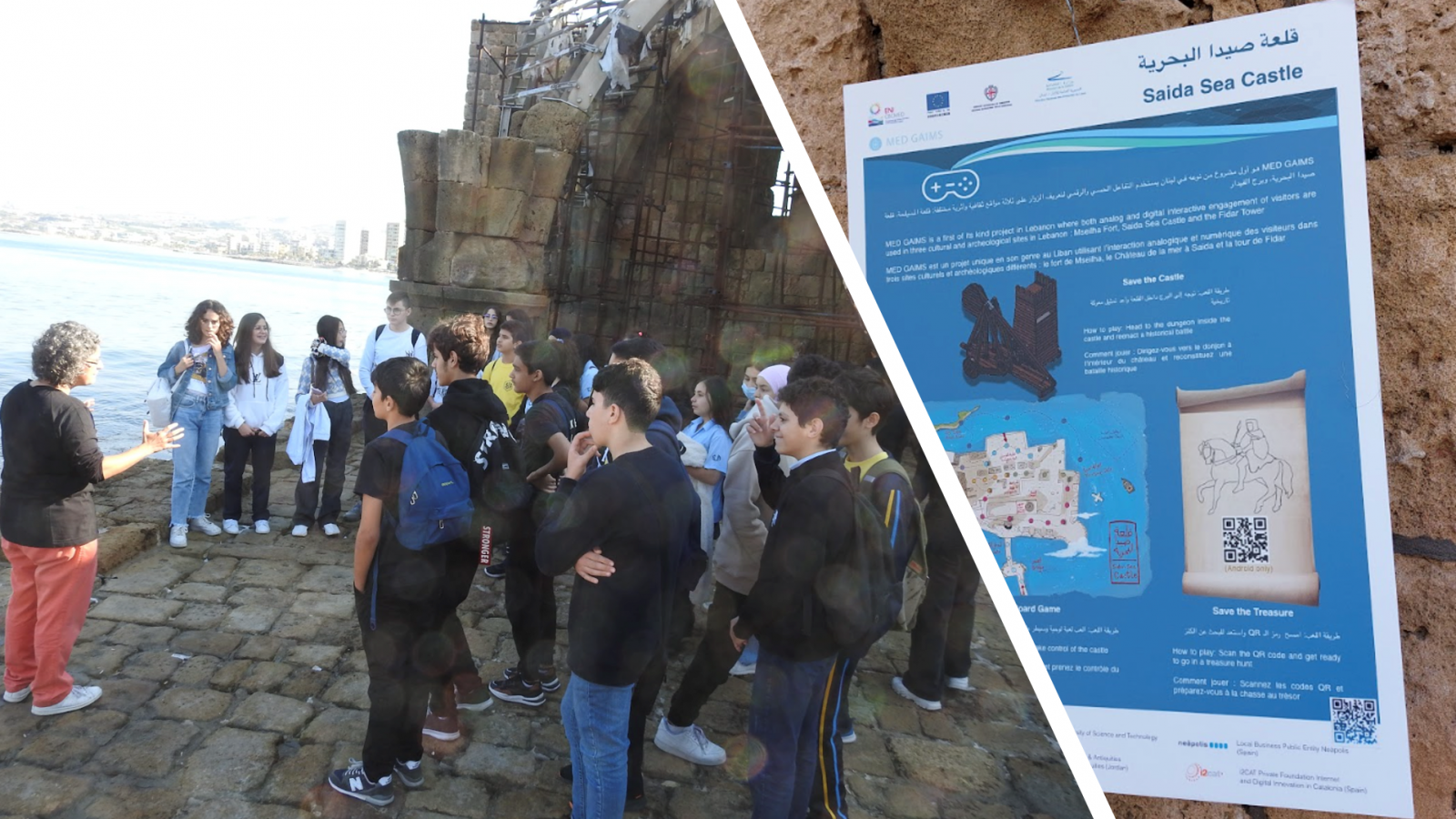 The official schedule of MED GAIMS project is about to conclude, yet by design, this end leads into new beginnings. This is corroborated by the last series of events held by the MED GAIMS partners in their respective countries. In Lebanon, several events were held in the last months which culminate the thrust of MED GAIMS into the tourism ecosystem in Lebanon.

A Gamification in Tourism conference was held in Lebanon on Dec. 8th, 2022. The program included talks by project partners as well as game developers. Presentations were given by representatives from each partner country presenting the work done in MED GAIMS, the implementation of gamification in tourism, and along with future projects of gamification in their respective countries.

Another rather unique event was held in the Saida Sea Castle, one of the sites in which MED GAIMS deployed a gamified experience. Students from a local public school visited the site and test-drove the gamified experiences: Save the treasure and Save the castle. The visitors where in awe when they tried Save the Castle game as they had to defend the castle against invading ships by steering a life-size catapult to aim and destroy these ships. Reliving an experience of a castle under siege has captured the imagination of the visitors.

Finally, as of the writing of this article, MED GAIMS is participating in the Christmas Fair in Batroun, a city in the vicinity of two of the gamified sites in Lebanon. This winter fair attracts visitors from the entire country and MED GAIMS is engaging the visitors and organizing excursions to the MED GAIMS sites.

MED GAIMS is concluding its activities in Lebanon with substantial momentum that will not only feed into the sustainability of the games at the particular sites, but will also enable novel gamified experiences in new sites which will be developed by key stakeholders who were engaged by MED GAIMS.