MED GAIMS is expanding your admiration of a castle by exploration of its building techniques: visit Mseilha-Lebanon 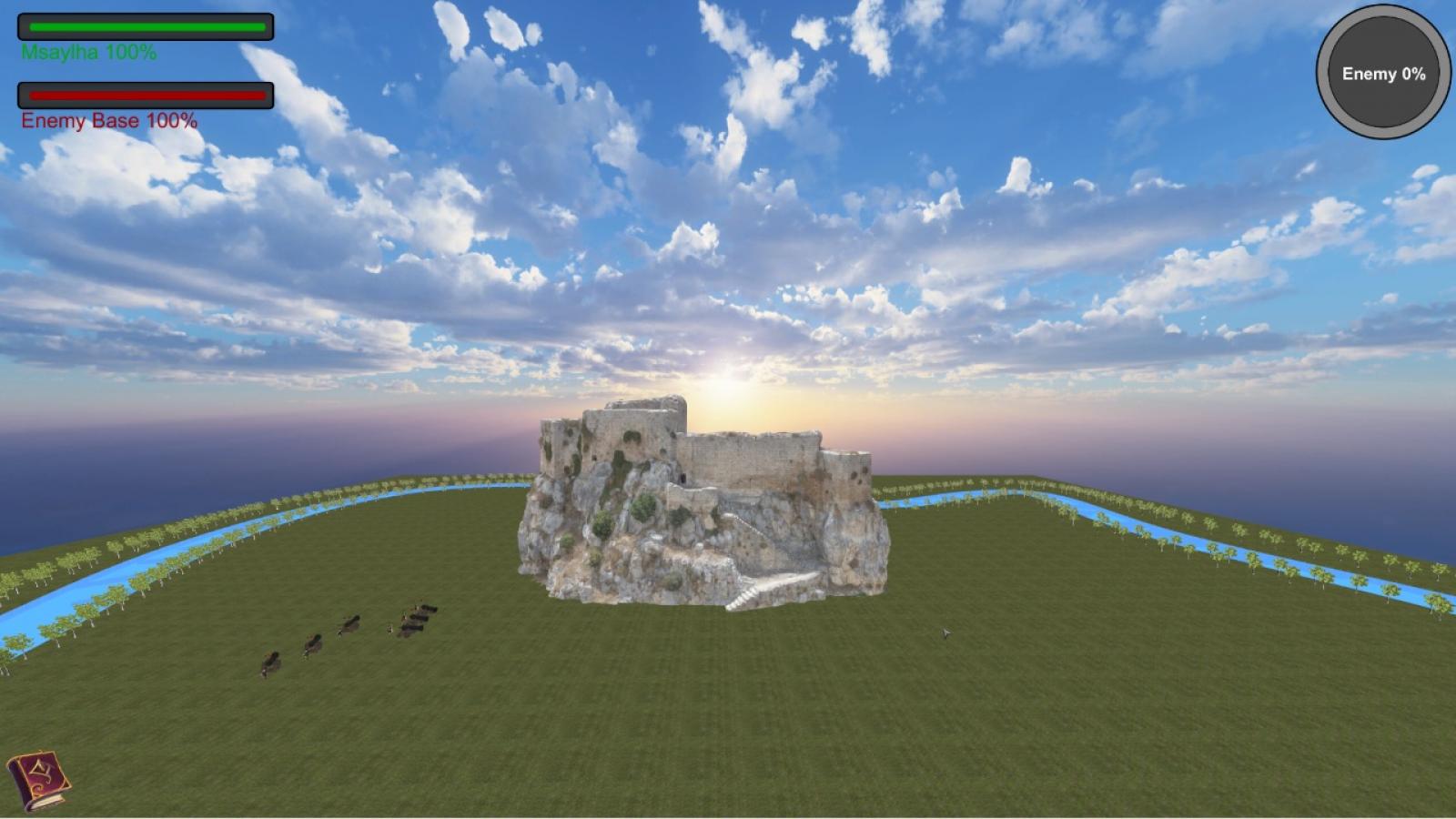 In Part 1 of the game, the player is prompted to select different construction materials from straw, to wood, to stone, and observing the ability of the fort to withstand an invasion of a cannon attack. When straw is used, the fort quickly falls apart from the first few cannon shots. When wood is used, the fort is stronger, but is still demolished quickly. Finally, when stone and mortar are used, the fort withstands prolonged shelling from the attacking cannons before any sustained damage is evident.

In Part 2 of the game, the game focuses on teaching the player the value of construction on a high rock. The player is prompted to select where it is desired to build the fort, on the ground or on top of the rock. In the former situation, an army of invading soldiers easily place ladders on the walls of the fort, and quickly take over the fort. In the latter option, ladders do not possess a foothold on the rock and are easily toppled with invaders falling off.

In the Part 3 of the game, the intent is to highlight the importance of the arrow slits; in the absence of the slit—and the presence of regular windows, the attackers can easily aim the defenders and the fort quickly falls to the enemies. In the presence of arrow slits, the defenders can take cover behind the slits and fire at the attackers. The fort does not fall due to these defense mechanisms.