MED GAIMS is developing “The Mill,” a game that showcases the historical importance of the water mill in Mseilha Castle in Lebanon 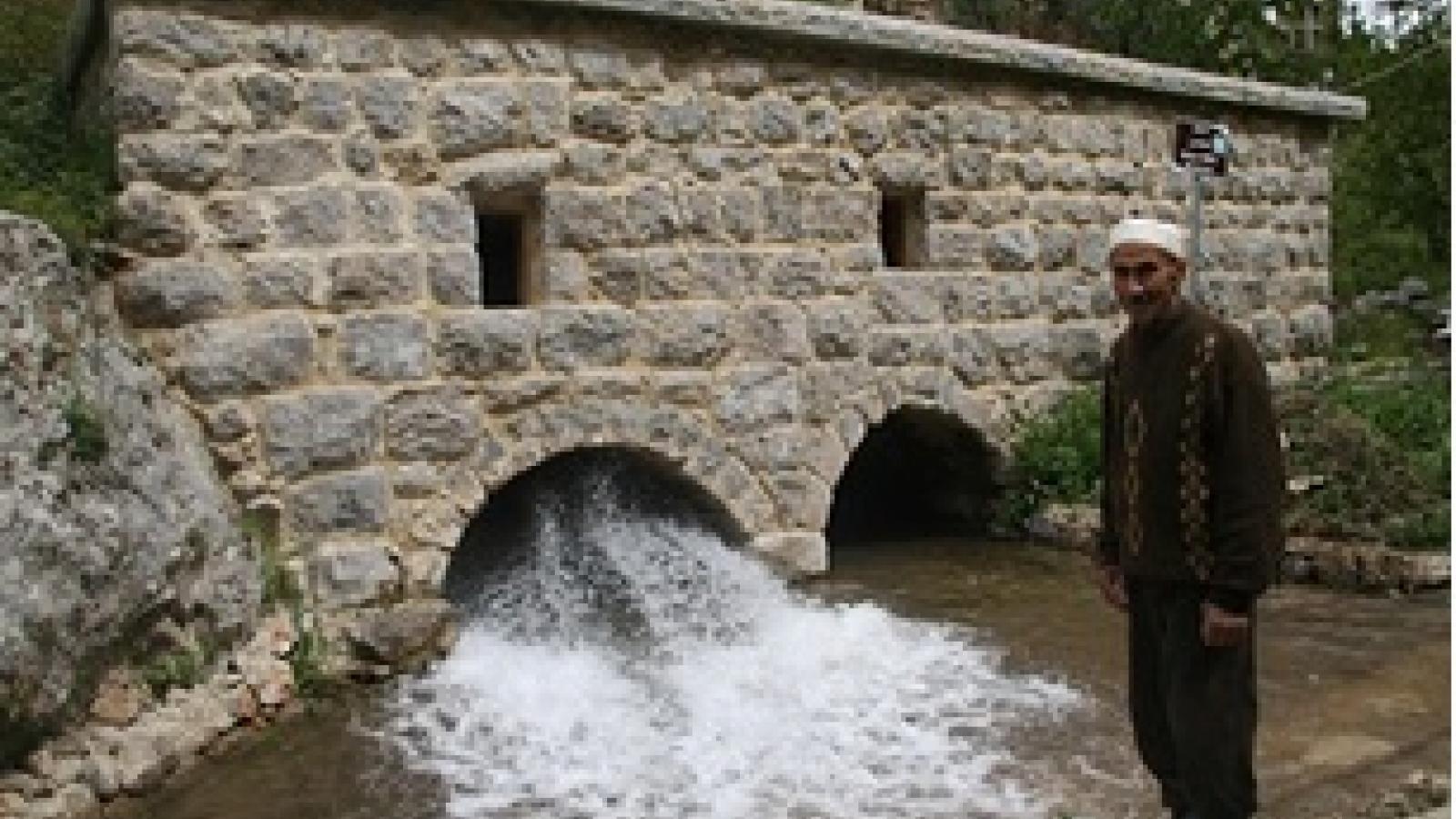 The game The Mill is being developed to shed light on the importance that water mills have historically held for food processing in the Lebanese culture. The game takes place in the Mseilha castle in the North of Lebanon, near the city of Batroun. Mseilha is located near the Jawz River, upon which many mills were erected from the top of the mountains of city of Tannourine down to terminal mill located at Mseilha.

The proposed mill game tells the story of the mechanics of the mill from the drawing of water from Nahr El Jawz, to the channeling of the water to the mill building, and then into the building in which 3 mills operate. The first mill produces flower, the second produces groats, and the third produces olive oil.

The proposed mill game includes both a physical and a digital component (appropriately named phy-gital). The digital component is implemented on both Android and iOS and is played on phone or tablet. The player is first greeted by Abou Imad, a Lebanese character dressed in a typical head garment of the XVI century. Abou Imad then directs the player throughout the different stages of the game, where in the first stage, the player is expected to build a damn on the side of the river to divert part of the river’s water towards the mill. In the second phase of the game, the user is expected to solve a graphical puzzle to channel the water from the river to the mill. In the third phase of the game, the player chooses which mill to operate, and accordingly takes the required steps to operate the corresponding mill.

In the first mill, the player must initially carve the mill stones, then set the appropriate distance between the grinding stones, before manipulating a lever that allows the water to rotate a driving turbine located in the basement under the mill. The second mill operates the same as the first but is different in that it produces groats because the spacing between the grinding stones is set differently. Finally, the third mill produces olive oil by first peeling olives, then pressing the olive mash inside a wooden press. All these stages of the game are played in a beautiful graphical setting with sounds accurately reflecting the real sounds experienced in the mill during its operation.

The physical component of the mill adds to the entertainment of the visitor by actually operating each time the user wins a component of the game. This happens by linking the digital game via Bluetooth to a controller that turns on a pump connected in closed circuit into the mill. At the bottom of the mill building, water is accumulated and stored into an open reservoir. When the mill is turned on, the pump draws water from the reservoir and directs it to the ingress of the mill at the top floor. The water poured into the mill drops into the basement and drives its turbine; finally, the remaining water is directed back into the storage tank.

The Mill Game is regarded as a serious game, providing entertainment but at the same time educating its players on the operation of this historical food processing tool known as the mill.