“Layers of History”, a MED GAIMS analog experience in Spain: meet the team of developers 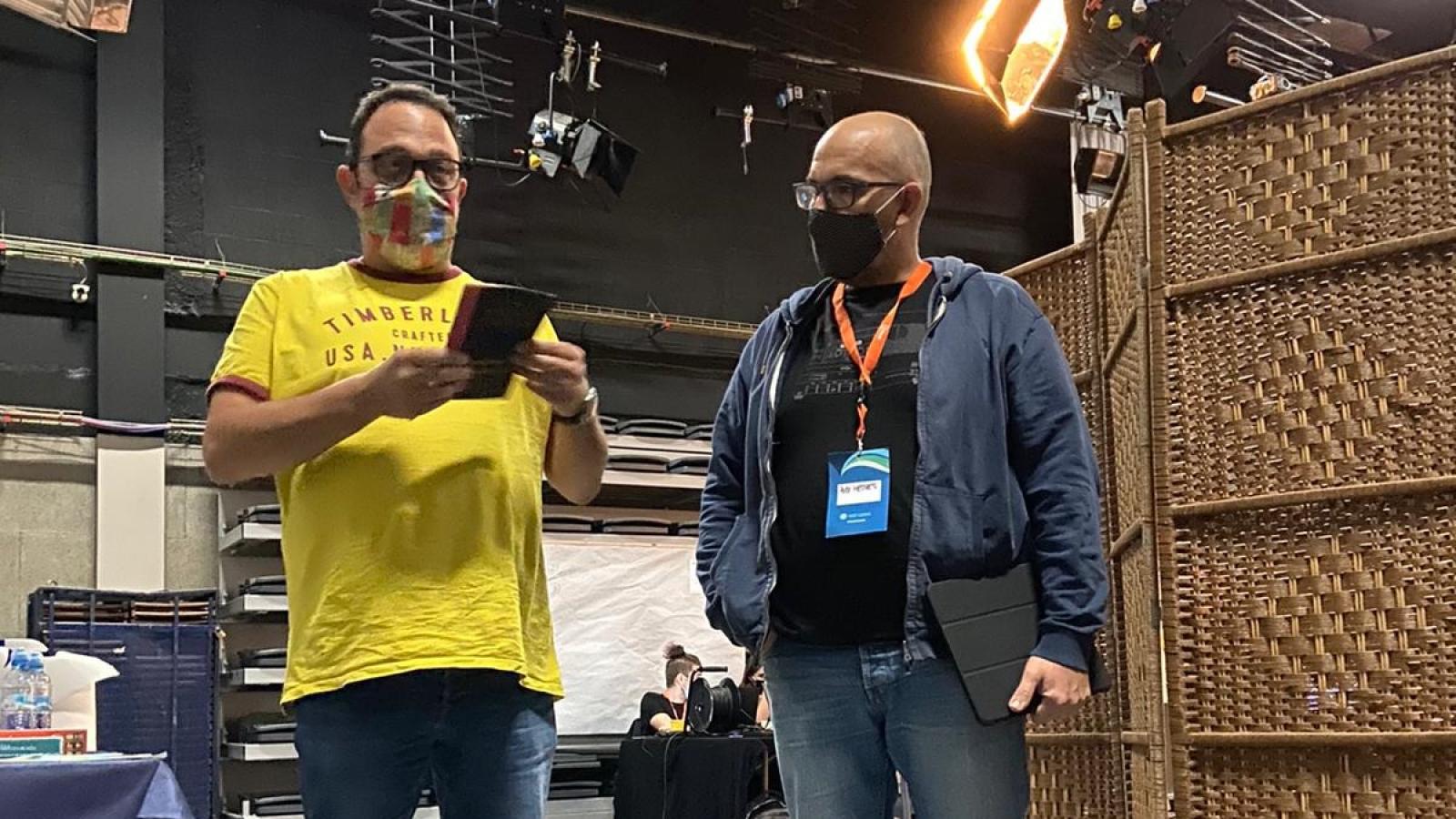 Vilanova i la Geltrú is not only the town where both Sergi and Àlex were born and have lived since, it is the town they know and love. During the first MED GAIMS Hackaton celebrated in Vilanova i la Geltrú in October 2020, Sergi and Àlex were the only analog game developers to be granted. Besides being set in the older quarters of town, their game, Layers of History, provided an easy-to-follow, yet interesting mechanics that had been thoroughly tested in other projects. The route within the game could only be followed if certain urban elements were identified and correctly played with.

Sergi Piñol Miró (1973) and Àlex Mestres Gassó (1975) share lots of common interests. These range from roleplaying and tabletop games to comic books, including reading, drawing, painting miniatures, cinema and constant references to popular culture. Still, one thing bonds them above all, a similar sense of humor that initially led them to meet and connect during their teens. This bond led to mutual organization of activities to such as birthday parties, yet any excuse was good enough to meet up and have fun. Their collective having-fun activities eventually developed into professional team work.

Sergi has a Degree in English Language and Literature, whereas Àlex studied Illustration and Graphic Design. But it has to be said that Sergi almost dropped that degree to study Illustration whereas Àlex studied English for years to obtain a few diplomas. Àlex has been a chef  for years, just like his father; prestigious chef Xavier Mestres. While also following his father, Sergi has been a teacher for years. Amazingly, Sergi’s mother is a retired butcher, same as Àlex’s mother. Moreover, their grandfathers died at quite a young age, while their grandmothers were close friends. All of these commonalities among the Sergi and Àlex would make them special against any other team.

While working for the same company for several years, Sergi’s words and Àlex’s art collectively provided clients and tourists with exquisite experiences from Masia d’en Cabanyes (Centre d’Interpretació del Romanticisme) in Vilanova i la Geltrú to Museu Nacional d’Art de Catalunya in Barcelona. These are examples of the use of a very simple game mechanics that Sergi has applied: when something is found, that same something can in turn be used to find something else. It does not matter if it is a universally famous painting by Dalí or a humble piece of furniture, an ancient carving on a wall or the number of rivets on a surface: everything can be counted, drawn, deciphered or just played with. That is why everybody can play, as both grown-ups and children can count, draw and solve riddles.

When picking any of the above-mentioned themes, Àlex could use his art to bring it to life. For the Layers action, the three notebooks are…well, notebooks. But not any notebooks, each of them has its own personality, its own age, its own life. Papers age, typos change, clues flourish and you will believe the cases really happened with a gap of twenty-odd years each. That’s Àlex’s art.

That is not all. When everything seems over, they sit together for a final discussion. Sergi proposes a few changes, so does Àlex. They both feel reluctant at the other’s suggestions at first, but both know the other is usually right. A bit of sandpaper here, a bit of polish there and a few more inner jokes and finally settlement.

Three agents from the Agency of Secrets have gone missing in action, but their cases were dismissed; if not just forgotten. After all, their disappearance happened with a twenty-odd year gap between each other. Can the cases be related? All three agents were commissioned with creating routes spotting hidden clues in the streets of Vilanova i la Geltrú, challenging new agents to solve these mysteries, but the three disappeared in mysterious circumstances. Will you be able to complete their routes and find out what happened to the agents?

Sergi and Àlex challenge you to solve the three-part case, but above all want you to discover their town with their eyes. whether you have never been there or you are a resident, you will discover new spots, amazing stories and you will find the best-hidden secrets: those which are visible to the naked eye.