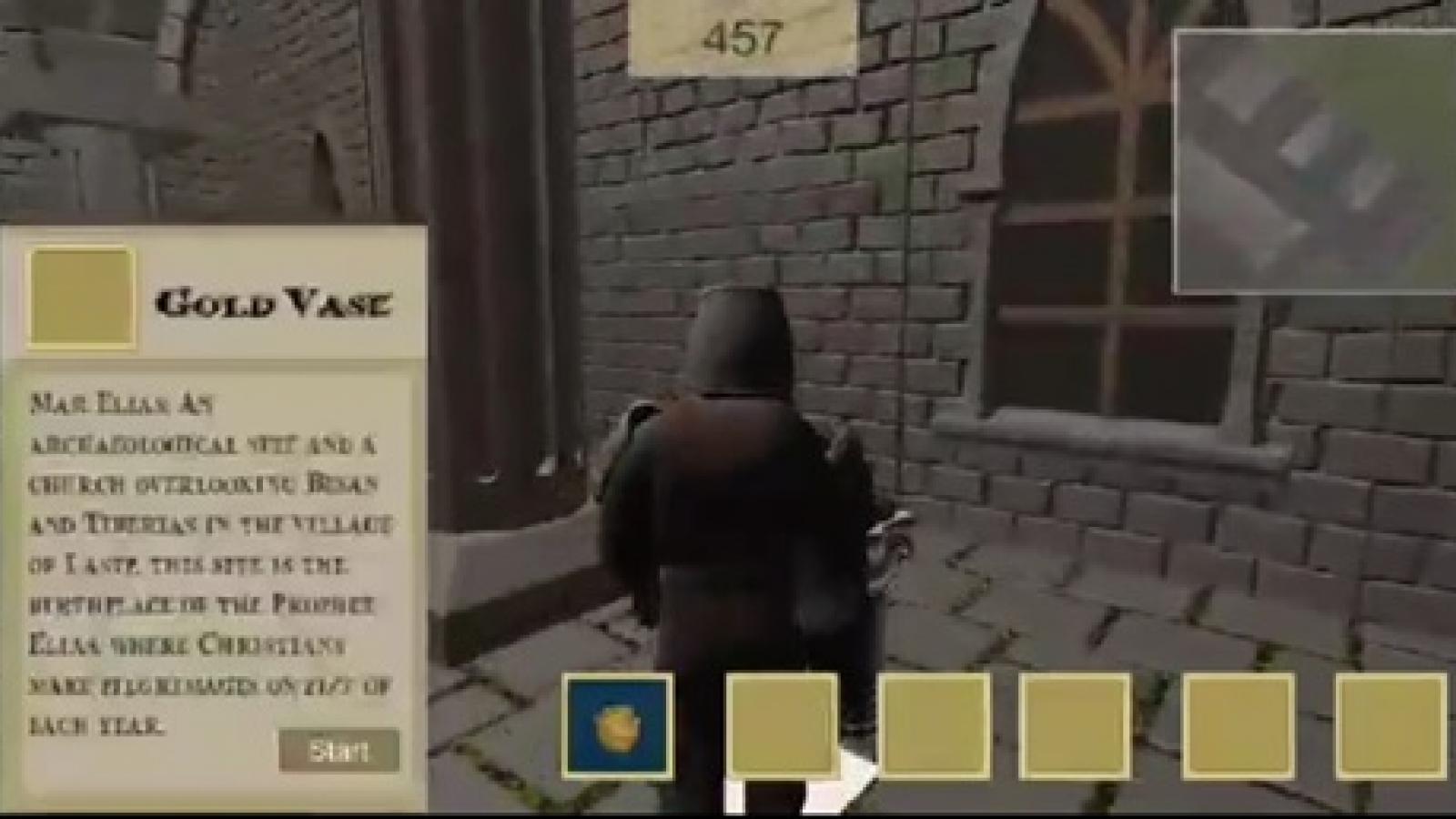 Road to Heaven (R2H) is an open-world action-adventure stealth video game. The game depicts the history of a long era of conflict between people from the east (Arabs) and Crusaders. This conflict is visualized through the struggle between those from both sides who fight for peace and free will, and those invaders who pretend to seek peace through order and control. The main target is to introduce the player to the history of the castle throughout that era, depict some of the conflicts using some real stories with light fictional addition to introduce a learning element through entertainment.

The player will be introduced to the story of the game about the castle, using the main character of the game, named Amjad, where he was sent by Commander Saladin to his nephew lord Izz al Din Osama, as a messenger to falsify some of the rumors and the traps that were led by the Templars making them think that the king is involved in breaking the truce. During that time Izz al Din Osama was preparing an attack against the castle in Kerak which was under the control of crusaders.

The main quest is to find lord Izz al Din Osama, deliver the message from commander Saladin. The player will have to fight his way to collect some information and investigate the incident on his way, trying to reach lord Izz al Din Osama. The player will have to investigate what the Templars are after and collect all the artifacts that were stolen, and place them in the appropriate shrine for the credit and progress the story of the game.

The game includes real textures that were taken from the scene itself, as well as scanned environment to add a realistic look and feel that will be appreciated by the player during the game and make learning a fun element that is easily introduced during the game with some suspension/action.