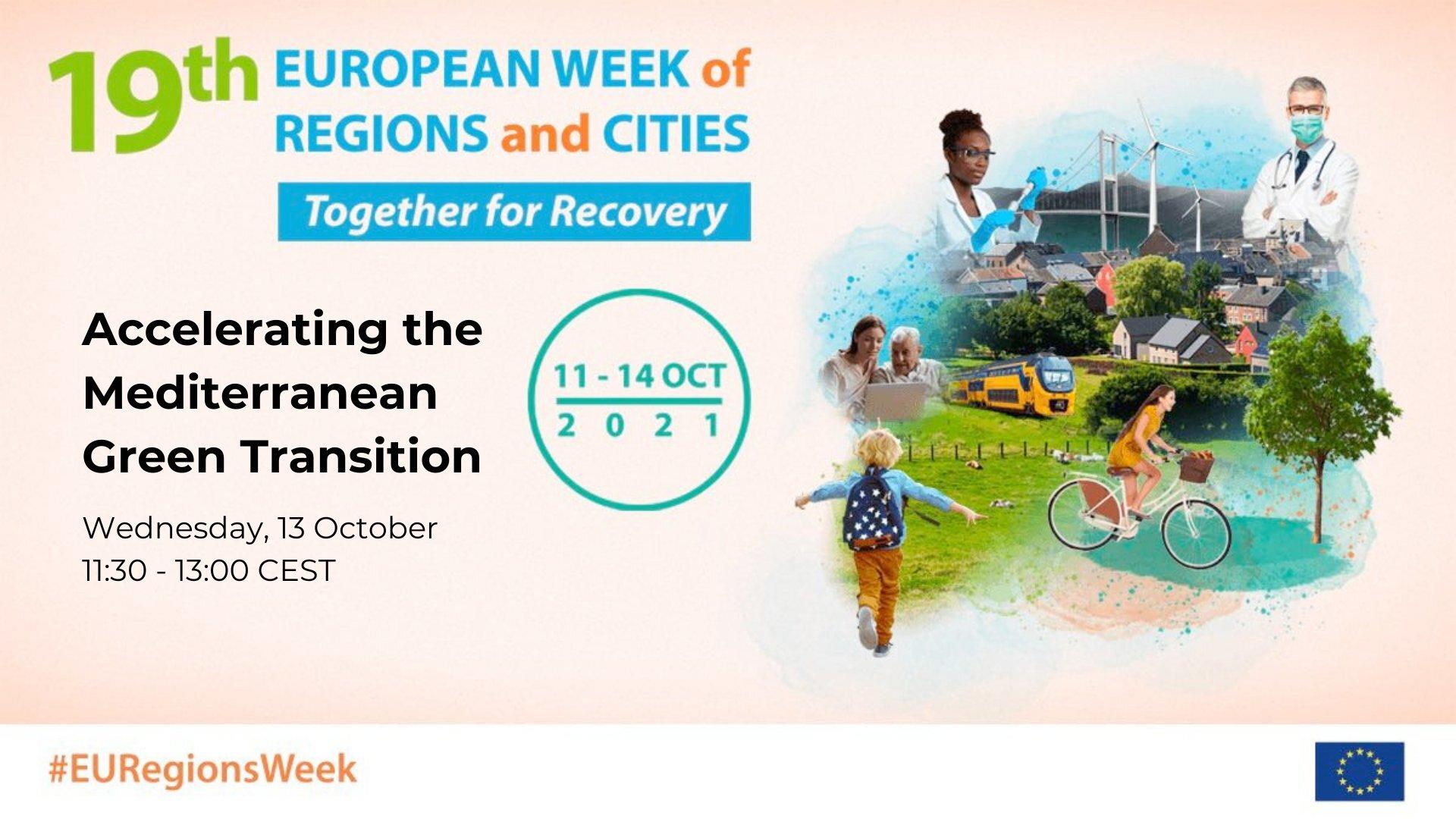 GIMED at 19th European Week of the Regions and the Cities

How can we build a community of resilient people in the Mediterranean area? How can we ease the shift to a greener way of living? On the 13th of October (11:30-13:00 CET) as part of the European Week of the Regions and the Cities, the Interreg ADRION and MED programmes, and ENI CBC MED will jointly present stories of cooperation supporting green transition across and beyond the European Union. The workshop aims to highlight our collective achievements reached through networks, thematic communities and clusters in three areas of the EU Green Deal: circular economy, green entrepreneurship, and sustainable transport.

The discussion will be moderated by Mr. Jean-Pierre Halkin, Head of Unit ‘Macro-regions, Transnational/Interregional/External Cooperation, Enlargement’ at the European Commission’ DG REGIO, will feature the following speakers, among which GIMED project is having representation.