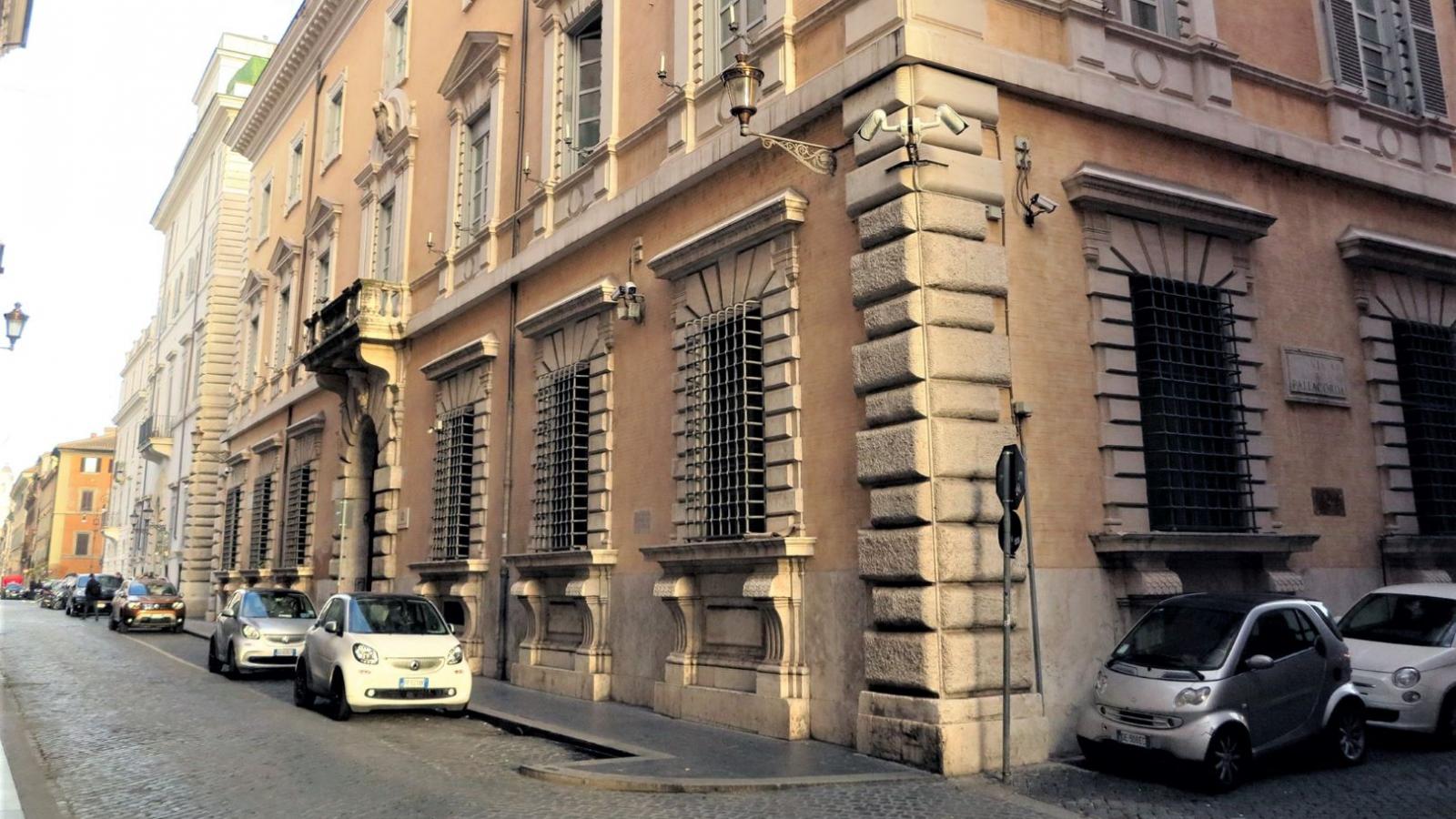 The Italian State Public Property Agency (Agenzia del Demanio), deeply involved in the integration of Building Information Modeling (BIM) in the public sector, has agreed with BEEP partners Institute of Heritage Science (ISPC-CNR) and Minnucci Associati (MASI) to select Palazzo del Clementino Rome as the Italian BEEP case study. The two partners will join their efforts on this prestigious building in the city centre, suitable for BEEP project in terms of size, complexity and energy improvement potential, currently occupied by the Offices of the Legal Council of State (Avvocatura Generale dello Stato) and Italian Justice Ministry.

Palazzo del Clementino is the result of a late 19th century intervention on a building complex of irregular huts built on the remains of a building from the second half of the 16th century, located in the Campo Marzio district, the most populous area of the city during the Middle Ages due to its proximity to the Tiber river and the influx of pilgrims, coinciding with a portion of the area (Campus Martius) of ancient Rome intended for military exercises and gymnastic activities.

Figure 1: View of Rome from Antonio Tempesta, 1593: it is possible to see the building complex that will form Palazzo Clementino. The current portal of the building is already traceable.

The portal, two windows and the corners of the ground floor of the original 16th century building, attributable to the style of the architect Ammannati and still visible, were the base of a complete refurbishment on Via del Clementino after the unification of Italy (1861). These works led to the current configuration of the Palace, integrating the huts on the block into a single complex with a continuous appearance. The intervention is in line with the Umbertinian neo-Renaissance academism, which aspired to define a "national" style based on the eclectic artistic movement of the second half of the 19th century. 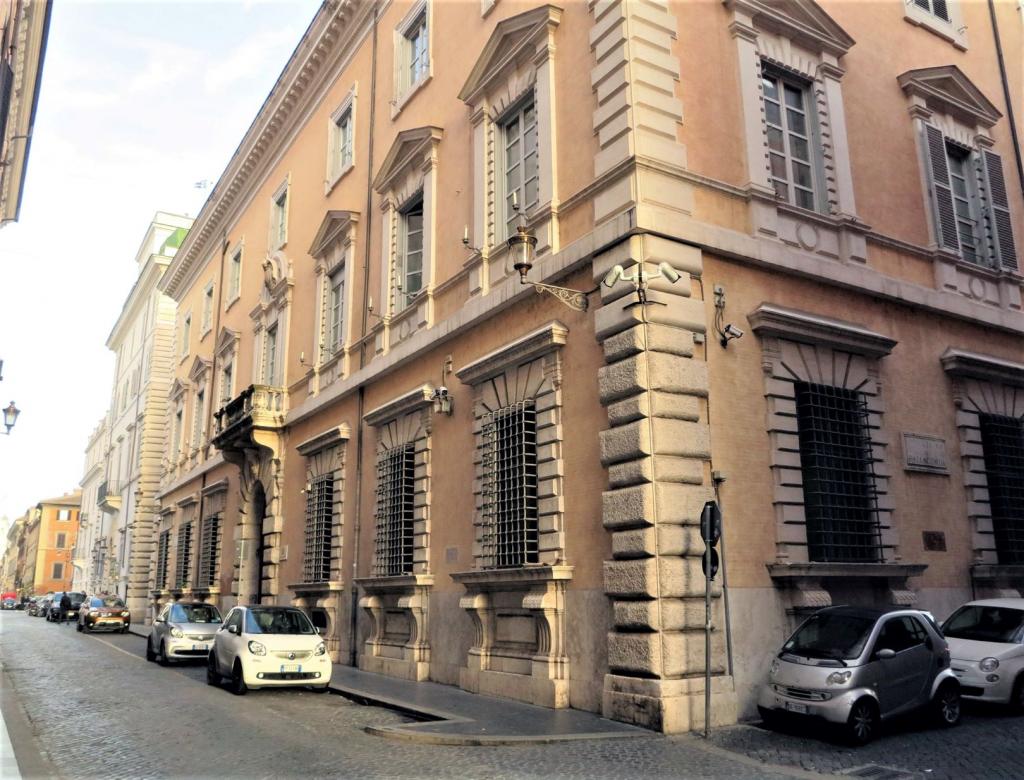 The core of the building is the eclectic triple-height distribution space between the first, second and third floors, illuminated by a skylight and surrounded with galleries at the upper floors. The rooms are also distributed around a small internal courtyard and along the perimeter of a larger 16th century garden overlooking the Renaissance facade of Palazzo Firenze on the opposite side. 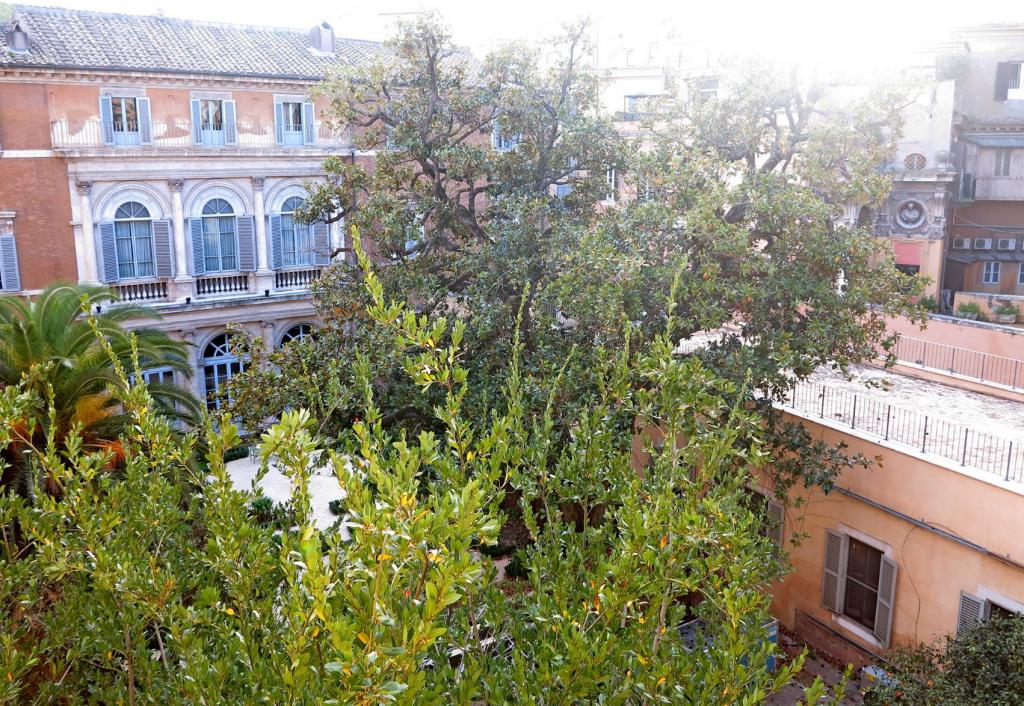 The rooms are mainly used as offices, however, there are also secretariats and archives. In addition to those already located in the basement, other technical rooms are located on the third floor. At present, Palazzo del Clementino does not show serious signs of decay with the exception of some spots of humidity and mold created on the side of Vicolo del Divino Amore and on the side of via della Pallacorda probably due to a problem in the stormwater management system.