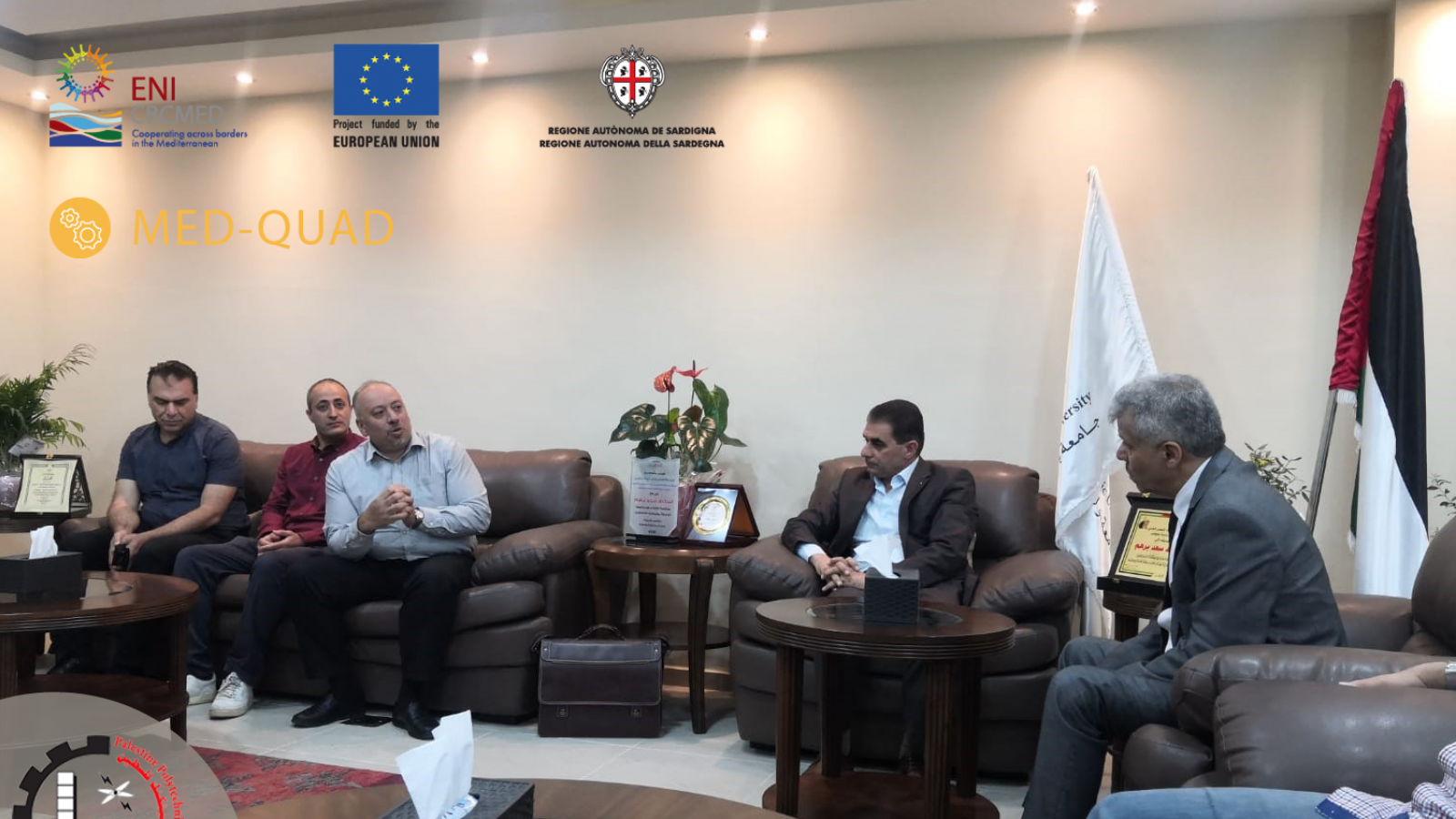 During the meeting the strategic framework of the ENI CBC Med program was highlighted, mainly the priorities to face socio-economic and environmental challenges of the Mediterranean region, especially facing the challenges of youth unemployment and social inequality. MED-QUAD project was also introduced including the consortium and how it aims to create through cross-border cooperation the conditions based on Quadruple Helix approach - through the establishment of Mediterranean Cross-border Living Labs: Smart Water Use Applications (SWUAP) and Applied Research for Cultural Heritage Exploitation - for an effective interaction between the main innovation players of the Quadruple Helix approach: Academia, Industry, Civil Society and Governments in the digital economy. The living lab is an open space accessible to the citizens where pilot projects regarding new products and services are tested, resulting from the fermentation process of the Quadruple Helix approach factors and serve the specific needs of citizens. The labs will exploit ICT technologies and Key Enabling Technologies due to the Fourth Industrial Revolution. The importance of the project in providing policy-makers and public authorities with guidelines containing a roadmap for innovation listing the fundamental principles and indicators on which funds should be allocated was also highlighted and stressed.

The meeting was held with the presence of the university president, the vice-president for community services, the project management team, the scientific and technical team, and the associated partners representatives (the Governor Deputy and the Head of Cultural Heritage and Tourism in the Municipality). The project management team had the chance to explain the role of the city development groups and of a “civic university”, and the progress made so far to the university’s new administration.