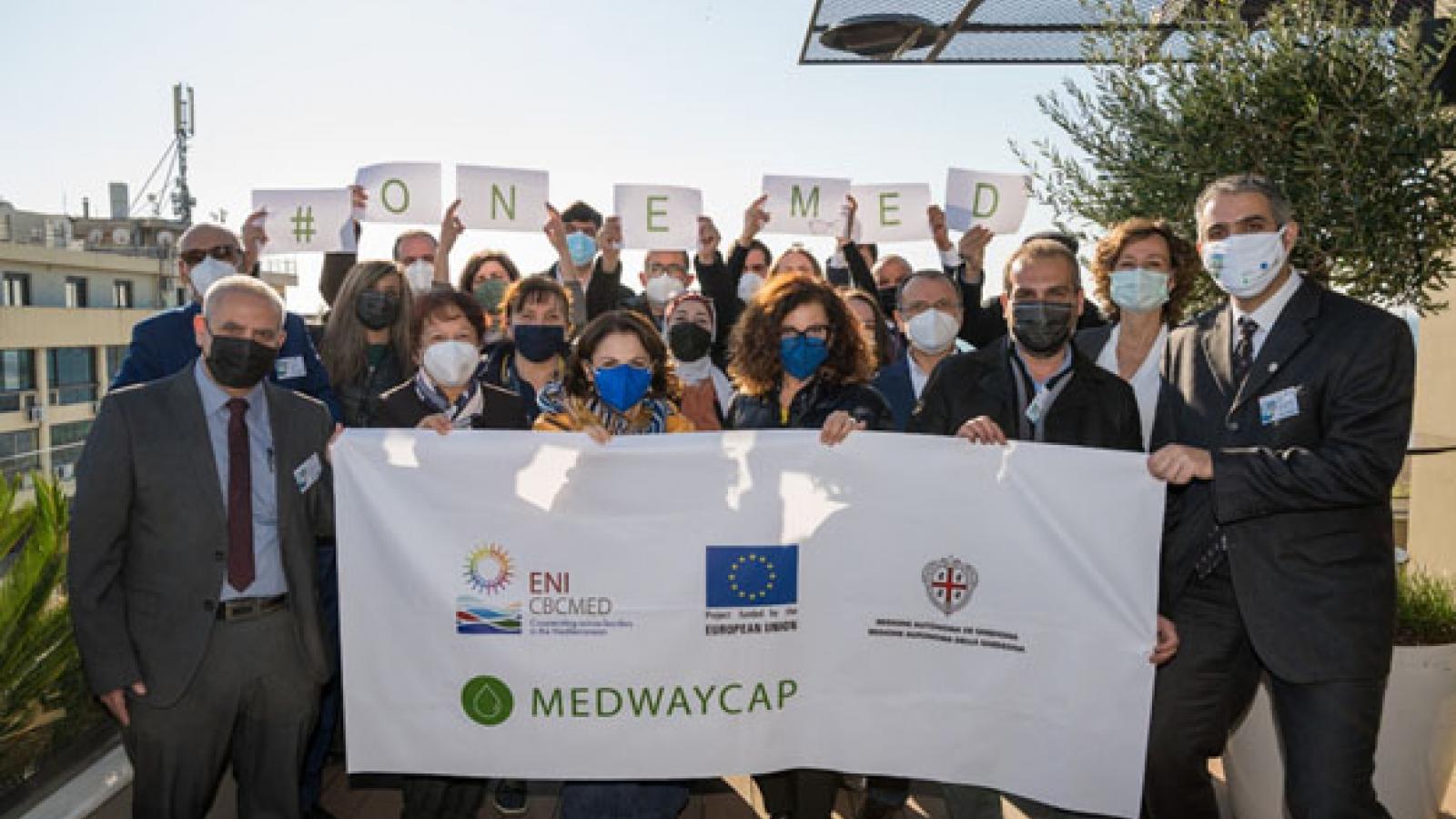 The Centre for Research and Technology Hellas (CERTH) hosted as coordinator the launching event of MEDWAYCAP, a significant European project involving partner organizations from Greece, Italy, Egypt, Malta, Tunisia, Palestine and Jordan, and many relevant stakeholders at national level.

During the Kick-off meeting of MEDWAYCAP that took place on 16th and 17th of December 2021 in Thessaloniki, a Press conference was held and a fruitful dialogue took place between panelists and journalists.

MEDWAYCAP is an ambitious project with a high-level partnership, fully aligned with European Green Deal and other EU policies on water management, climate change and circular economy and, endorsed by the Union for Mediterranean (UfM) thus will strongly contribute to the UfM Water Agenda. 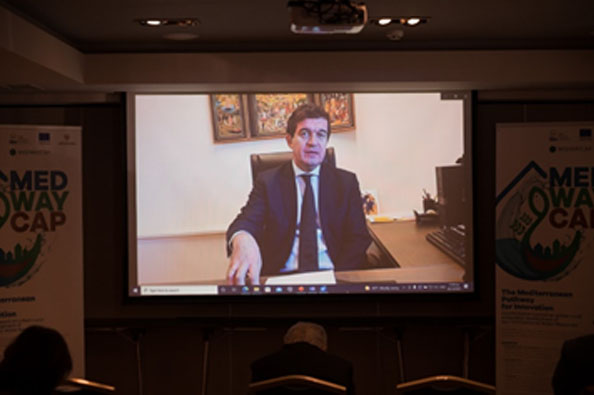 Thanks to the cooperation between high level institutional and technical bodies at Mediterranean level, also actively involved as associated partners, the project aims to facilitate the general access and promotion of best practices for continuous improvement of treated wastewater reuse as a non-conventional water resource (NCWR) at domestic and agricultural level. 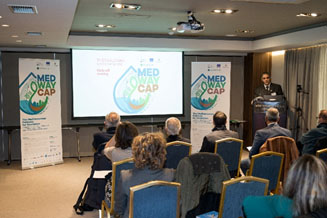 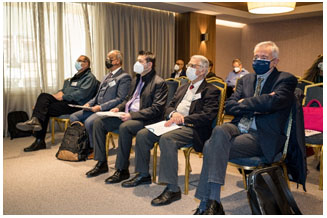 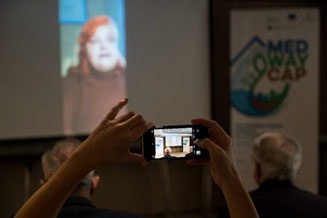 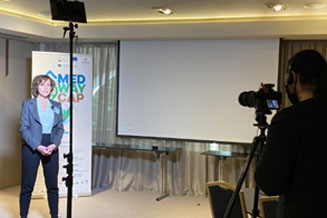 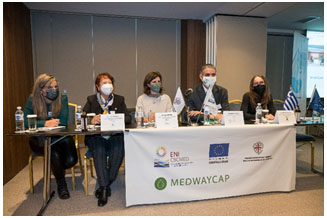 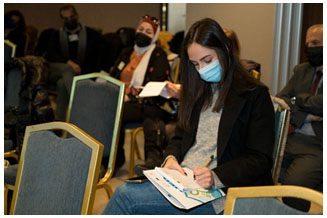 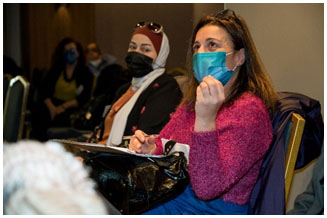 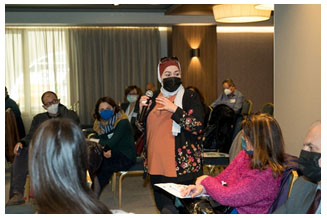 This strong interest it’s due also to the fact that MEDWAYCAP contributes to the wider open debate on local water shortage mitigation and Mediterranean environmental challenges by means of multisectoral and transnational alliances. In line with this aim, partners were involved in four (4) roundtables in order to debate over the technical tools based on best practices for improving wastewater recovery and reuse, approaches and methodologies to support the upscaling and mainstreaming phase, governance and policy solutions and upscaling of best practices along with the required economic tools and instruments. The significant input collected during the event helps partners to better assess the activities and the communication messages. 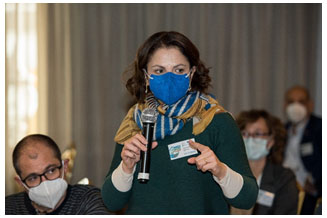 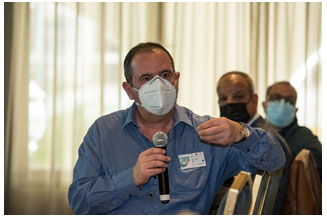 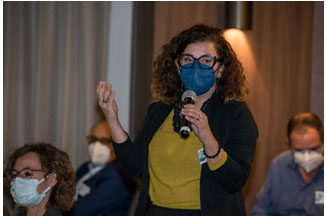 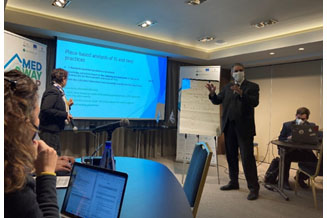 In fact, the tackled topic is wide and to be concrete during the life span of the project, it’s important to understand their real needs before supporting organisations, both public and private, to reach clearer common objectives, in order to be involved in a pro-active way. Go behind the problems, look for the issues behind the issues and the context behind the context!
Thanks to the variety of experience and background and expertise with respect to the above topics, the active participation of the associated partners in the round table discussions made a significant contribution to the project. 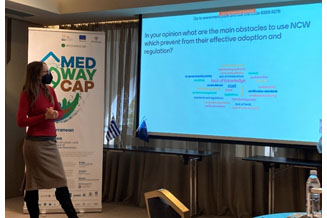 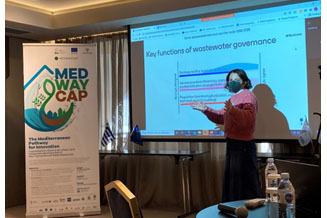 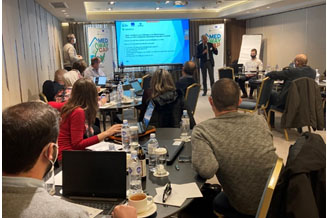 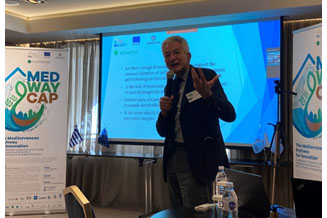 To define the “real-world challenge” means to be dynamic and the partnership deals with important questions in order to better understand how to capitalise existing good practices and methodologies maintaining a dynamic approach and a fluid communication. In fact, there are many powerful ideas about “what” needs to be done, however the “how” is not always so clear, and the translation of “what” and “how” into actions – experiments, pilots and prototype - is even more difficult and it’s the goal foreseen by MEDWAYCAP consortium. 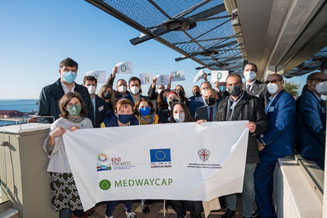 To reach this goal, partners are called in 24 months to tailor tools and innovative methodologies, as the Innovation Camp, identifying and engaging the “challenge owners”, powerful stakeholders able to merge visions toward a common strategy, including economic related aspects. At the same time, in order to support this process and the transfer of know-how, at technical level the project will provide a “ready-to-use package” on water management, climate change and circular economy, using a novel combination of advanced techniques and state of the art tools.

An important work is in the hands of partners now and everybody is invited to be part of the debate and follow MEDWAYCAP achievements through the dedicated website MEDWAYCAP. 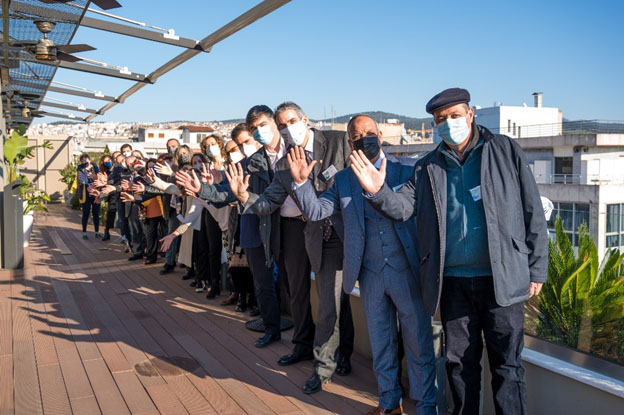