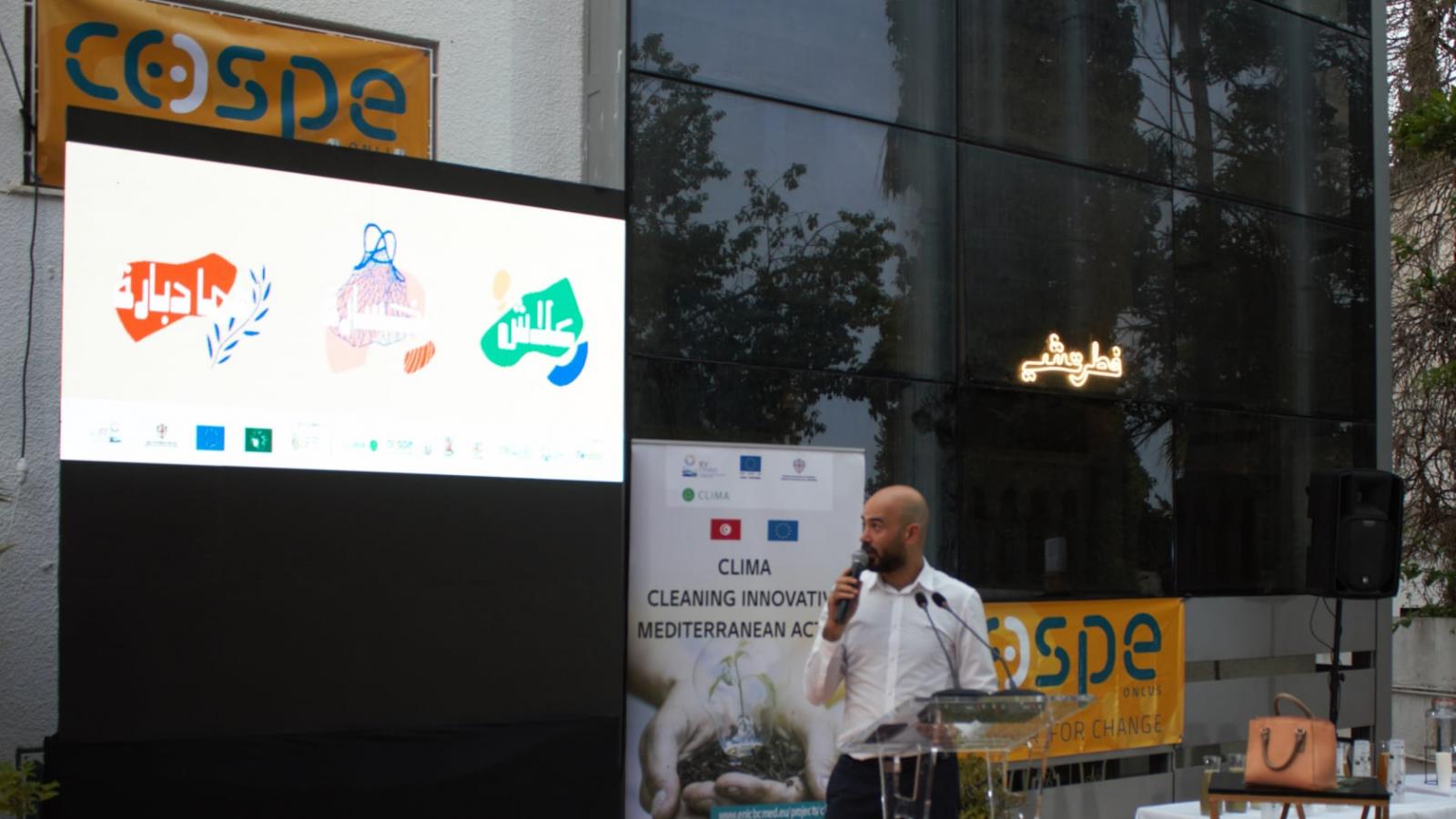 To mark the World Food Day, on the 20th of October the international ngo COSPE, partner of CLIMA project, will close a national awareness raising campaign in Tunisia aiming at fighting food waste. The campaign started on the 27th of September and engaged a group of Tunisian associations and organisations among the most active ones in the country in promoting environmental related issues. Globally, one third of the food produced for human consumption is wasted. In Europe alone, 88m tonnes food waste is generated at an economic cost of €143bn. 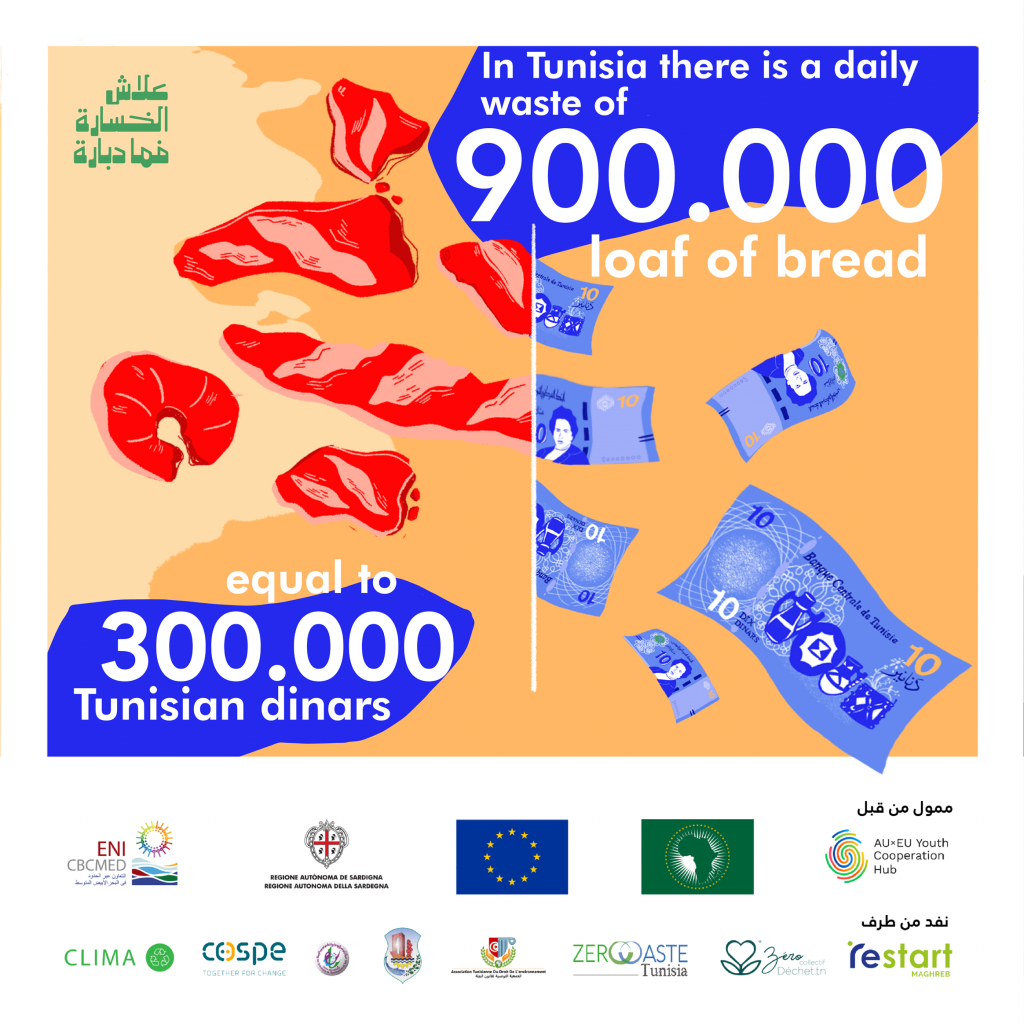 In Tunisia the food waste is costing around 572 million of dinars every year. The bead, in particular, is the product mainly wasted, where each year 900.000 loafs of bread are wasted. This waste of bread costs to Tunisians 300,000 dinars each year, and at the same time this has also an environmental cost, as the average needed water for producing one baguette is 120 litres. All of this is happening in a context of severe economic crises, where almost 500.000 Tunisians suffer of malnutrition. 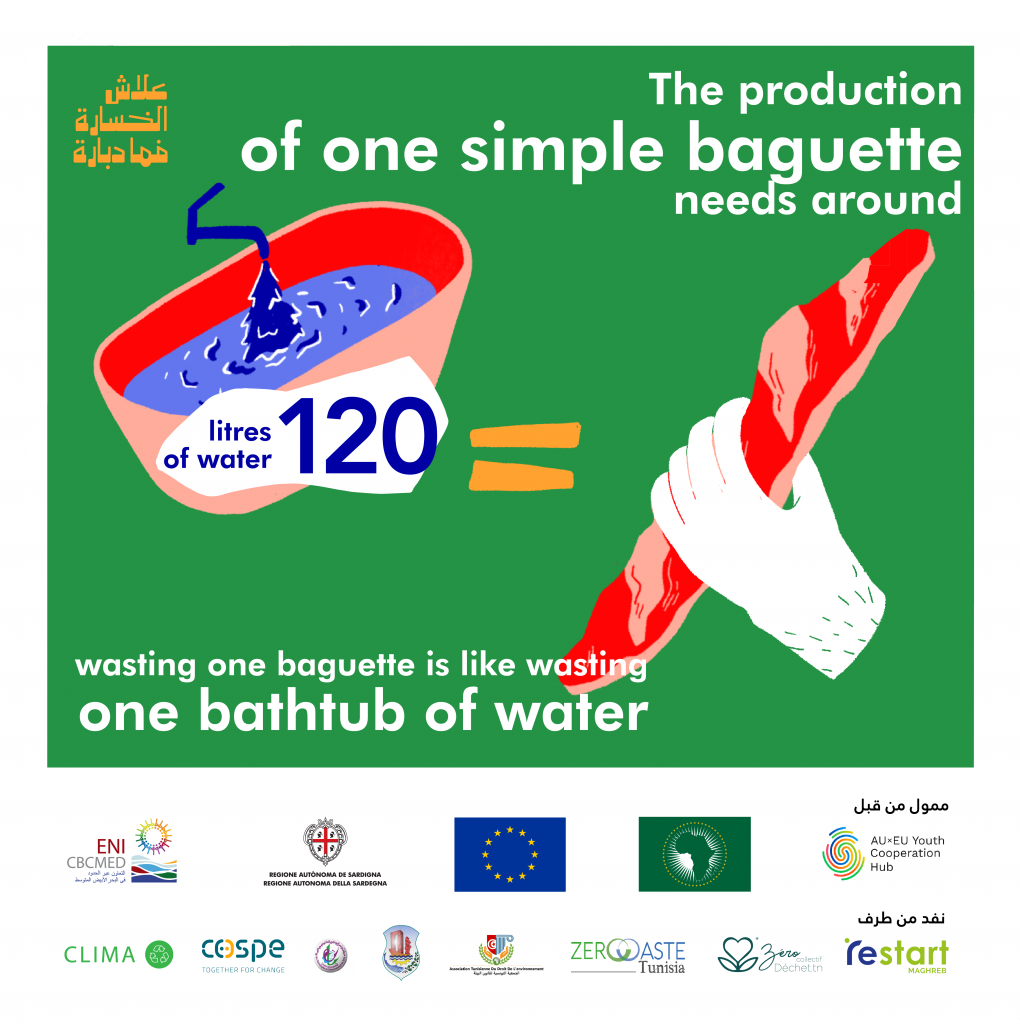 Why to waste? A solution exists! This is the name of the campaign that aimed at raising awareness on the economic risks of wasting food, as well as the environmental, social and cultural risks. This was done working on three main levels. The first axis was the cognitive one. Graphic visuals were designed in order to donate facts on how wasting food is negatively impacting on the Tunisian society. The second axis was the affective one. Three videos were produced to let the audience feeling at the same level of the protagonists of the short films, letting them feel that they could also be advocators and activists against food waste. In fact, examples and tips were showed by documenting regular Tunisian lives of men and women engaged to fight food waste. The third level was the engaging one; in fact, through one of the most famous radio shows in Tunisia, we invited the public to send us their own recipes aiming at not wasting food.

The campaign reached millions of Tunisians, as it was hosted by national TV program and news, as well as by one of the most followed radio in Tunisia, Radio IFM. The Facebook page reached over 220,000 people and engaged around 37,000 citizens. Many of these are seriously engaged in fighting food waste in Tunisia and are calling for concrete actions to stop it.

Thanks to the European Union support, it was facilitated the mobilisations of Tunisian associations, organisation and simple citizens who are seriously motivated in fighting food waste in their country, protecting their environment as well as the country from social and economical challenges. People can do, Tunisians can do!