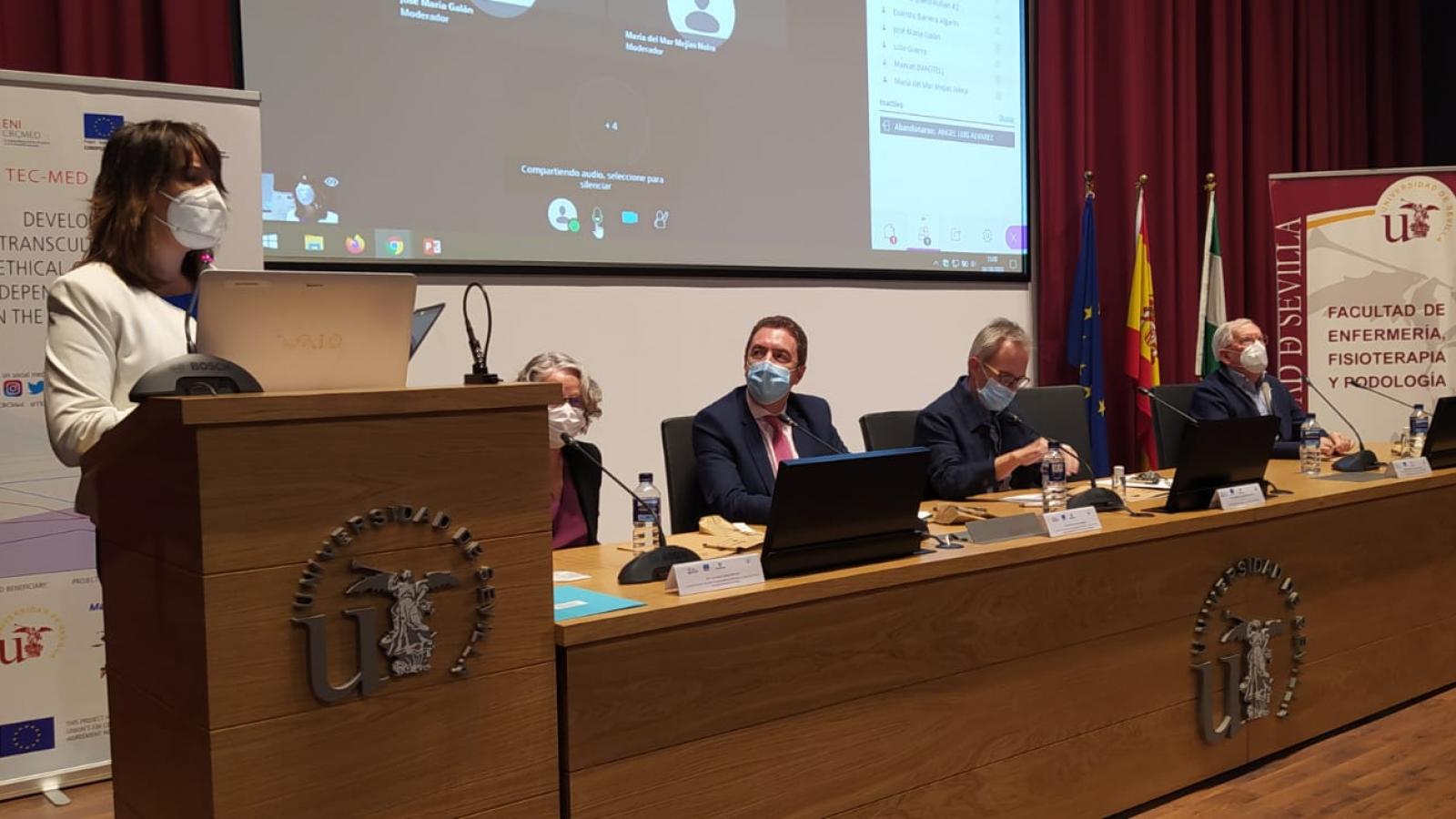 The TEC-MED model, a pioneering model of Transcultural social-ethical-care for dependent older people and/or at risk of social exclusion, focused on integrated care, proactive and multidisciplinary assistance to the elderly population, was presented in Spain on October 16 at an event that brought together more than 50 people.

The Workshop "Presentation of the TEC-MED model and implementation of its action plan" was carried out online and in person at the Faculty of Nursing, Physiotherapy and Podiatry of the University of Seville.

The event was divided into two main sessions. In the first part, the TEC-MED model was presented and the draft Action Plan to implement the model in Spain was released.

In the second part, working groups were held with a double objective: to improve the draft of the Action Plan and establish commitments with stakeholders to involve them in its development, subsequent implementation and validation of the model.

The importance of this session lay in the considerations made by the workshop attendees who offered important recommendations in order to implement effectively the model.

The presentation of the TEC-MED model and meetings with stakeholders to announce the action plan has also been held in the different countries that make up the TEC-MED project. Workshops have been held in Egypt, Greece, Tunisia and Lebanon during the months of October and November.

The importance of the TEC-MED Model in the Mediterranean Basin

The TEC-MED model focuses its importance on aspects as important as justice, confidentiality, gender, universal accessibility, active participation of the community and values ​​of the welfare state and governance.

The development of a social model of care of these characteristics takes relevance in the current COVID-19 pandemic, which reflects the special vulnerability of the elderly and the fragility of the current care system. The purpose of the TEC-MED project aims, in a globalized world with high rates of longevity, fragility, dependency and situations of social exclusion, to develop an efficient care model focused on dignifying the elderly.

Thanks to the development of an Action Plan to implement the model and support key agents in its implementation, more than 90 agents - social care professionals - will be trained through 6 pilot programs.

In addition, the creation and development of an online platform for cooperation between public institutions and social care professionals which will provide all the necessary tools to help the target population and all key agents involved.