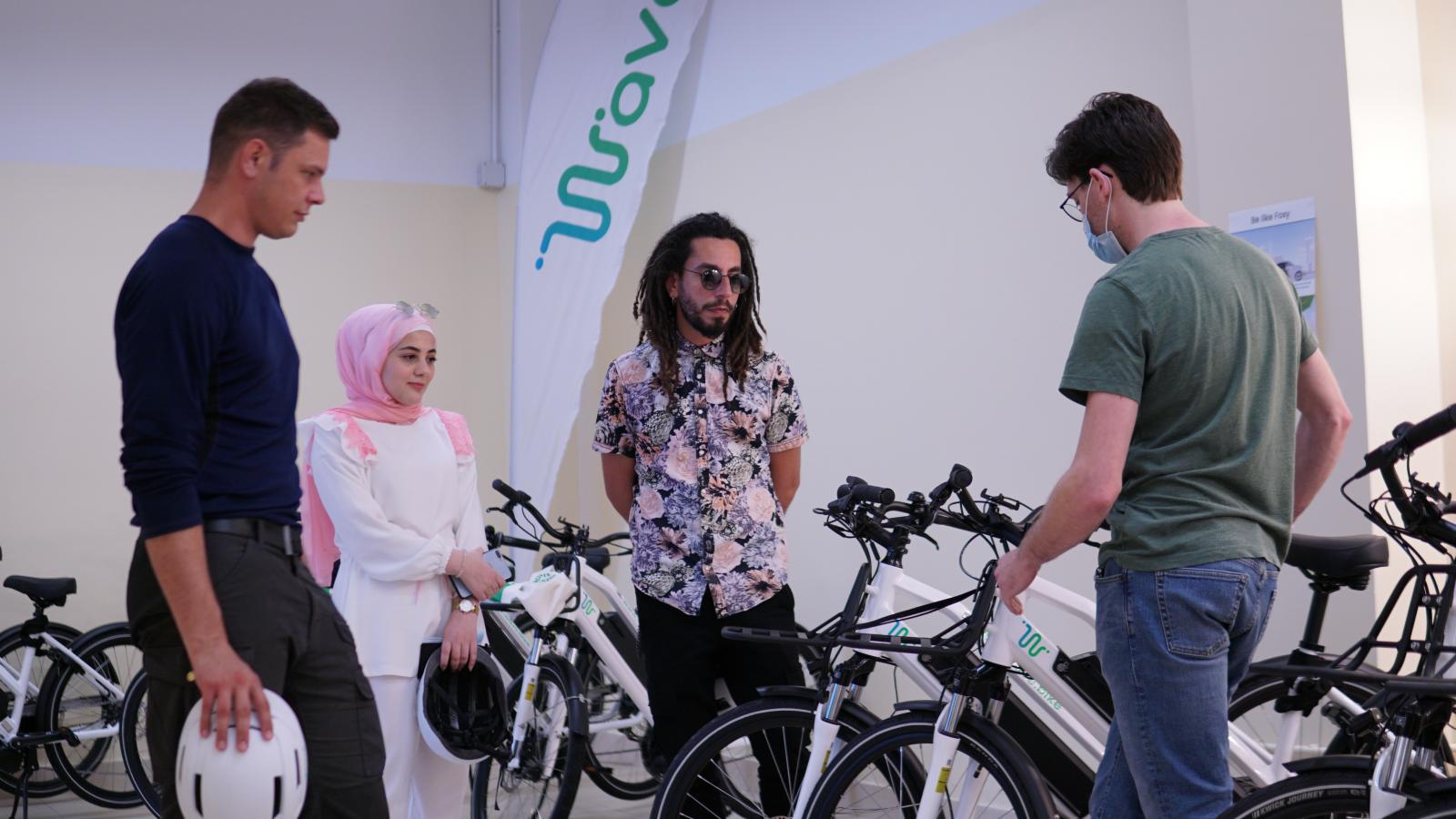 Rapid urbanization in the Middle East and North African countries (MENA region) causes cities to grow fast. According to some statistics shared by Wave Bike, 47% of pollution in Beirut is caused by traffic. In this sense, the Lebanese-Dutch start-up initiative that works on providing the most convenient and eco-friendly mode of commuting in the dense Lebanese cities is being supported by Berytech and GIMED in the Coaching Support Phase.

Wave Bike is introducing a new way of commuting by offering a subscription service to electric bicycles. This provides subscribers a safe and hassle-free solution for their daily commute. “Infrastructure and public transport systems are not equipped to handle the influx of new citizens, which results in heavy traffic congestions and severe pollution”, remarks Jan Willem de Coo, the Founder of Wave Bike.

As he is deeply concerned about the air quality and commuting conditions that residents are facing, he has launched a bike model designed for the local environment and climate, that comes with a helmet, app, maintenance and insurance included. “With this service Wave is contributing by offering citizens a cleaner and more efficient commute for an affordable price”, shares Willem de Coo.

“Joining ENI CBC MED Program has been a great experience, very insightful and really contributing to the growth of our business”
Jan Willem de Coo, Founder of Wave Bike

While excellent public transport doesn’t just help to limit carbon emissions, it is also the bedrock of a more equal society. Wave Bike just knew about GIMED’s project from an advertisement in the newsletter of Berytech. Then, they applied and reached to different trainings that pushed them to reevaluate all of their business processes, from the sustainability side to the financial and go-to-market strategy. “Joining ENI CBC MED Program has been a great experience, very insightful and really contributing to the growth of our business”, claims Willem de Coo.

Willem de Coo is the entrepreneur behind Wave Bake. Holding a Master’s Degree in Supply Chain Management, he has been involved in entrepreneurship for about 10 years. Actually, Wave Bike was founded in 2019 and since they jumped over GIMED’s support they’re getting expertise in different fields that are vital to the success of start-ups. “With these experts you have the opportunity to learn new theory and skills. Simultaneously, you’re improving your network and get in touch with potential investors and partner channels”, he says.

Wave Bike has resisted all current crisis and they’re rowing organically without having to spend on marketing. Some of the biggest challenges they faced were the Covid-19 crisis, the political and financial issues in the country, the Beirut blast, bureaucracy and non-believers, for example people that tell Lebanese will never cycle because it’s not in their culture. “Don’t let other people talk you down, if you believe in it, go for it”, encourages Willem de Coo.