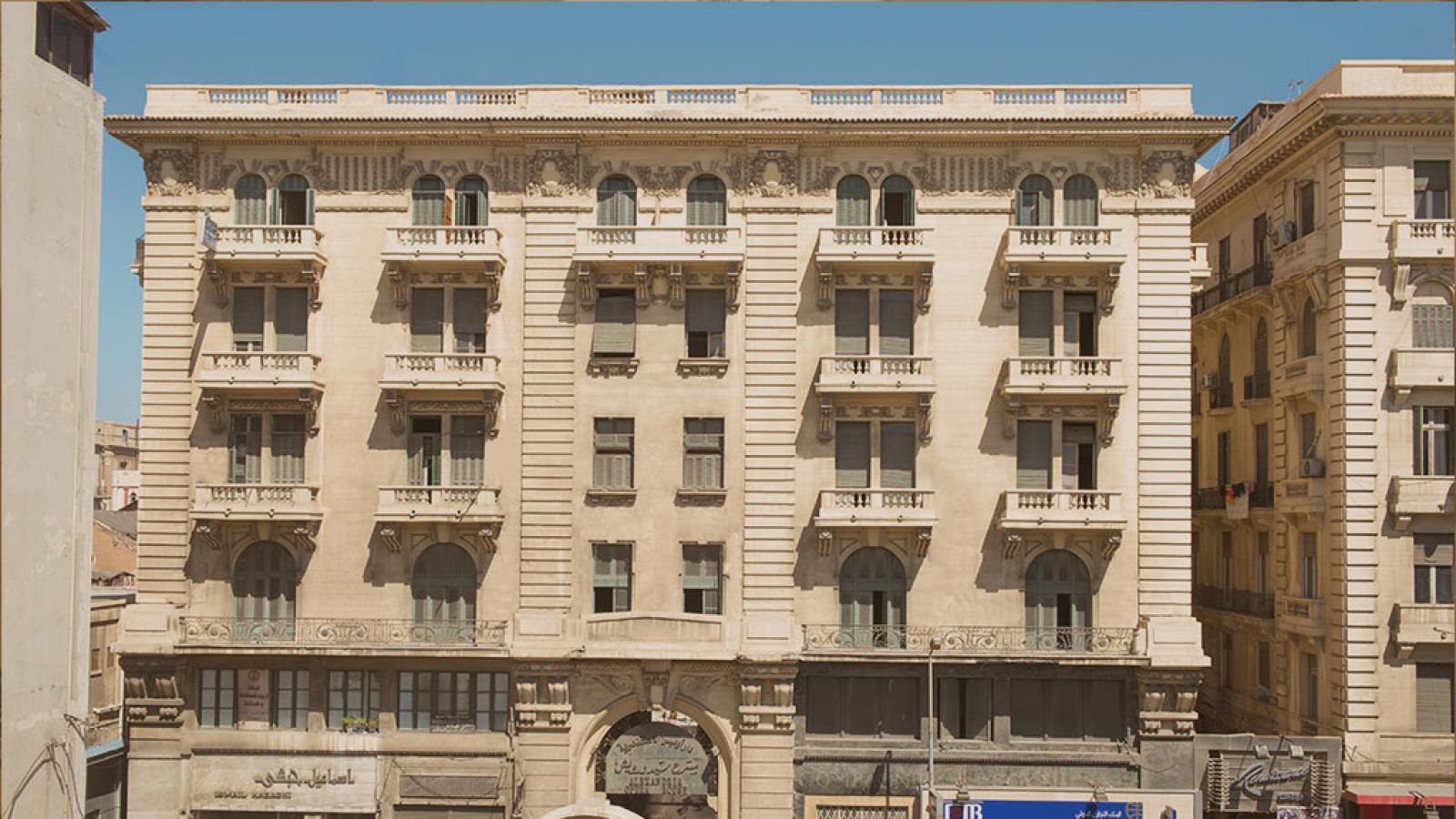 Cordahi Building which is a part of the Cordahi complex, is privately owned and developed by Sigma Properties; a real estate developer specialized in the development and management of heritage-listed buildings. Sigma Properties – an associate partner - has agreed to involve Cordahi Building as one of the two BEEP case studies for the energy rehabilitation process. Due to neglect and lack of maintenance from previous owners, the complex was in desperate need of renovation and restoration. Cordahi Building has been undergoing a massive development of adaptive reuse, turning it into a luxury concept hotel.

Cordahi complex was designed by the French and Cairo based architect George Parcq, commissioned by Mr. George Cordahi, one of the most prominent financiers and developers in the city. The complex was built between 1921-1928 on the site that was occupied by the former prestigious Zizinia Theatre (1863-1917). Said Darwish Theatre (Alexandria Opera House) and the two adjacent blocks had their ownership transferred to the government from their last owner Pierre/ Badr El-Din Cordahi, in 1961.

The complex comprises three prominent examples of the Eclectic Revival Styles, popular in Alexandria and Cairo in the late 19th and early 20th century. It offers a variety of artistic vocabulary combining Eclectic Revivalism and Art Deco styles.

Cordahi building is located in the central district of Alexandria, and it is mixed-use between retail, offices, and a concept hotel. Its south-eastern façade overlooks one of Alexandria’s famous streets (Fouad Street) that is well known for its historic character. While its North- Western façade overlooks Said Darwish Theatre (Alexandria Opera House) and is considered the theatre’s front façade and main approach. The building’s rectangular floor plan is 1000 m2, with openings (balconies and windows) in all four facades.